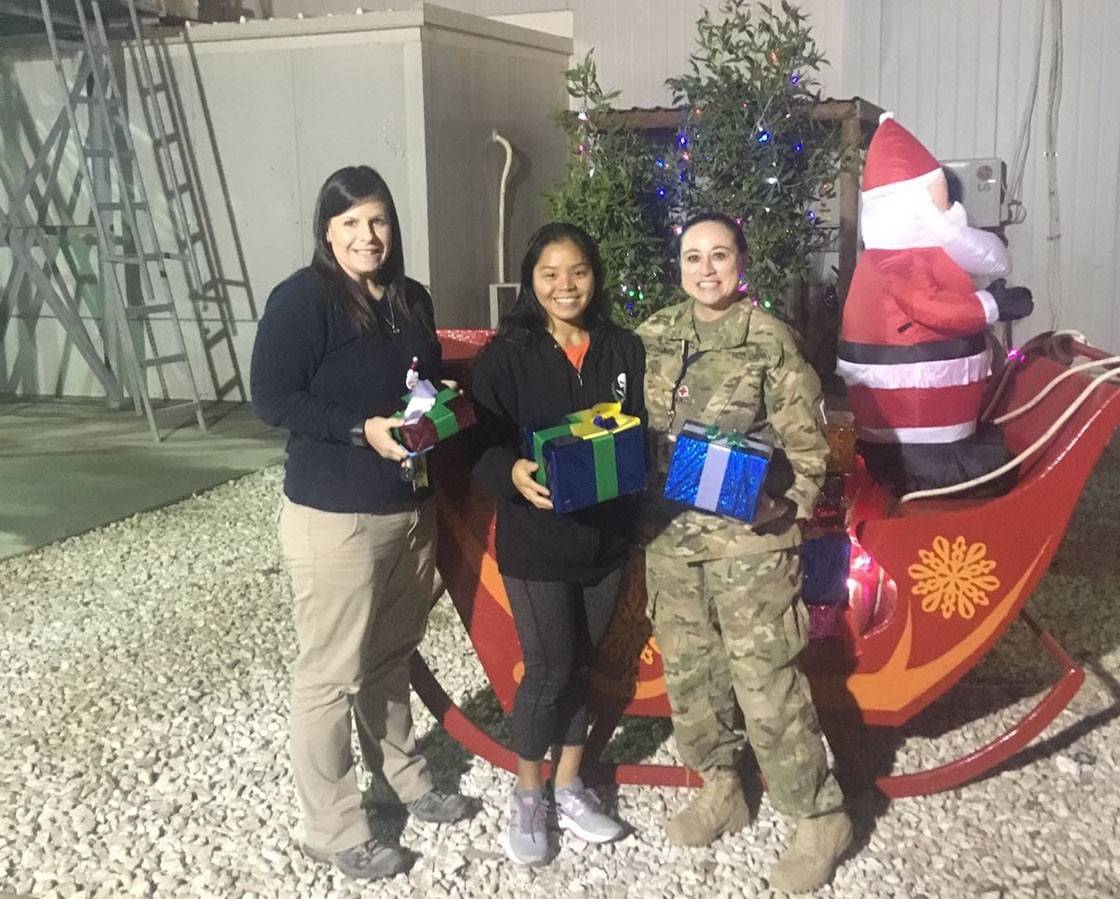 As a volunteer deployed to Baghdad as part of the American Red Cross Service to the Armed Forces, Mary Herrick’s primary responsibility is to assist with emergency communications between service members and their families. While she has excelled with that responsibility, it is her baking skills that have garnered added attention from those around her.

Before her 4 p.m.-midnight shifts monitoring the communications queue at the Baghdad Diplomatic Support Center in Iraq, Herrick is often found baking muffins, cupcakes, cookies or other treats to have in the Red Cross Office so that visitors are greeted with home-baked goodies.

Recently, when a group of service members were overheard praising a batch of Herrick’s blueberry muffins, Herrick and her deployment partner Michael nicknamed the group of young men “The Muffin Club.”

“When I told them that we had dubbed them ‘The Muffin Club,’” Herrick said, “they told me that was alright, but that I was the only person who could get away with calling them that.”

Herrick has been in Iraq since July. Deploying is not new to her, but this is her first Red Cross deployment. Last year, as a member of the National Guard, she was deployed to Kuwait. While there, she volunteered with the Red Cross at Camp Beuhring and learned of the opportunity to deploy as part of the Service to the Armed Forces through the Red Cross.

She returned from her deployment in Kuwait last March and four months later she was on her way to Iraq as a Red Cross volunteer. In early February, she will return home to Wamego, Kansas, after six months in Baghdad.

Herrick’s shift monitoring the emergency communications queue is usually busy because it occurs during regular business hours in the United States.

“It’s been a great experience,” she said. “I cannot fathom not having done this. It has been life changing.”

It’s been so great that she is already looking into another deployment, possibly as soon as July.

“The most rewarding part of this experiences is the social part,” Herrick said. “When we first got here, nobody knew us. Now, I’ve made friends and created bonds for life.”

Many of those bonds have come because of her baking, which is not part of her deployment mission. At Christmas time, she received a gift with a card attached. The card thanked Herrick for all she has brought to those she is serving. It was signed, “The Muffin Club.”

10 Ways to Keep Your Pets Safe this Winter
.type=article.p=1
View All
/content/redcross/en/local/kansas/about-us/news-and-events/news/service-and-treats