E.R DOCTORS WEREN’T SURE THEY COULD SAVE HIM

E.R DOCTORS WEREN’T SURE THEY COULD SAVE HIM 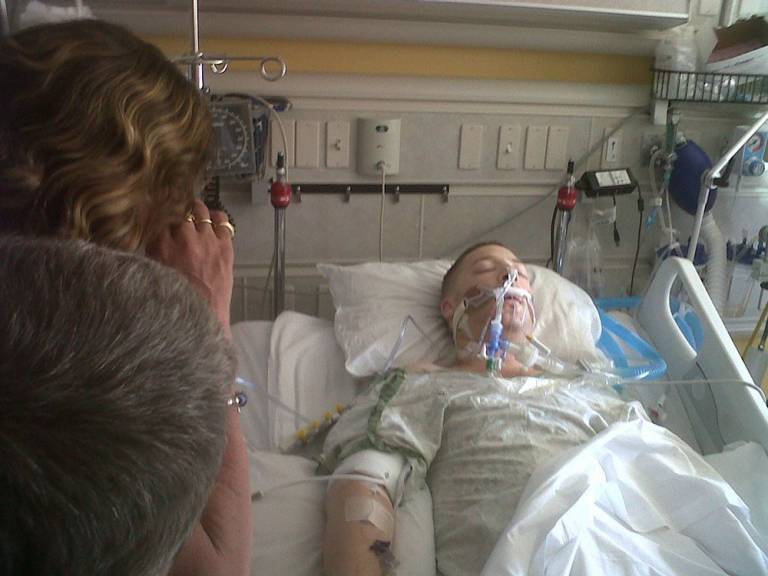 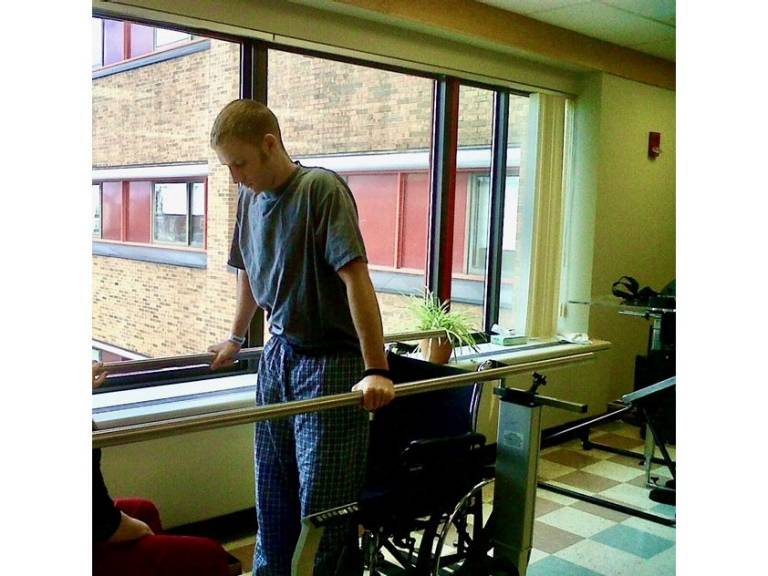 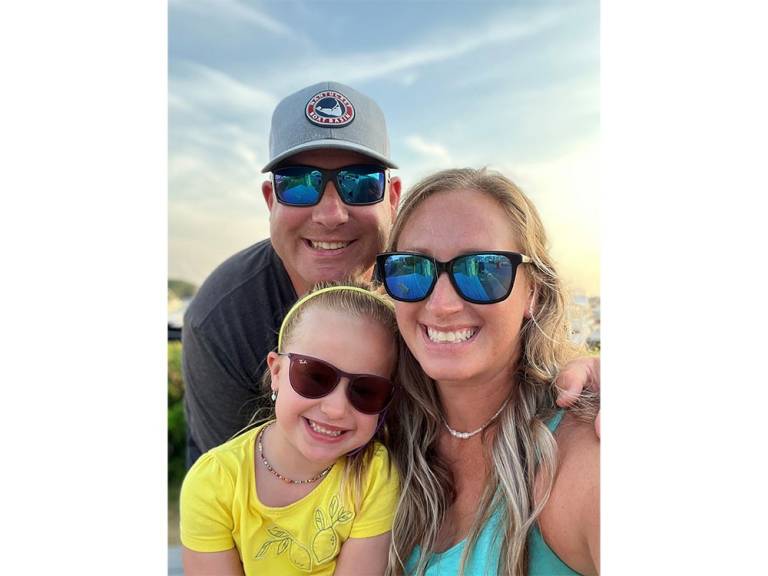 March 21 2012, was one of those rare early-spring days in New England, the sun was shining and temperatures were pushing the high 80s. Manchester, New Hampshire police officer, Dan Doherty, was about to head back to his station house and grab some dinner when he received a call from one of the local drug units requesting back up. They had just concluded a buy when they noticed a man in a car, directly across the street from them, in a heated argument with his female passenger.

Only a short distance away, Officer Doherty was the first to arrive on the scene. When his police cruiser pulled up the suspect jumped out of his car and took off running with Doherty in close pursuit.

“Adrenalin really kicks in when an officer is in a situation like this,” says Dan Doherty. “I knew I was chasing a felon who was going to do whatever he needed to do in order not to return to jail.”

Running as fast as he could Officer Doherty quickly closed the gap with the suspect when suddenly the man wheeled around with a gun in his hand. Dan tried to stop his momentum and drop behind the cover of cars parked along the street, but he was running too fast.

The first bullet shattered his shinbone but with his body in fight or flight mode the officer didn’t immediately feel the pain. As he hit the ground Officer Doherty experienced what first responders call an adrenalin dump leaving him nauseated and going into shock. He was bleeding out and pain from the gunshot wounds was kicking in.

Officers from the drug unit who had made the initial call for help rushed to the wounded officer, applying a tourniquet to his leg. Doherty later learned his iliac artery—the artery that carries blood to the legs and lower extremities—had been severed causing internal bleeding. Doctors later told Dan that if those officers hadn’t applied first aid when they did, he would most likely not have survived the two-block ride to Catholic Medical Center.

His fiancé Sarah is an emergency room nurse at that medical center. She was not working the night Dan was shot but her E.R. colleagues called her immediately when he was brought in. Sarah arrived within minutes of receiving the call. She later told her fiancé that a massive transfusion protocol had been initiated upon his arrival in the emergency room. At one point doctors considered stopping the transfusions, they didn’t know if they could save him. It took approximately 18 units of blood and plasma to stabilize him that night.

Officer Dan Doherty did survive, he was in the hospital for a month, endured 18 surgeries including one to replace his shattered shinbone with a titanium rod. Following that, he required a year of intense rehabilitation therapy before returning to the Manchester Police Department. But as much as he loved being a police officer – the first in his family – he quickly faced a tough decision. Every three years members of the police force are required to pass a physical test proving they are able to fulfill the duties of a police officer. Dan wasn’t sure how that test would go for him so he made the difficult choice to leave the police force.

2022 marks a decade since Officer Dan Doherty’s life took that unexpected turn, but he considers himself fortunate. He is now married to Sarah, and they have a four-year-old daughter named Allison who is, in Dan’s words, “the center of our universe.”

“I’m not sure if I had ever given serious thought to the blood supply before that terrible night when my life literally depended on it being available,” says Dan. “But I realize now the blood supply should never be taken for granted. I encourage all reading this to become actively involved – roll up a sleeve – so that the next police officer, parent, friend or child in need of lifesaving blood will have it.”

To learn more about blood donation, or to make an appointment to give, simply download the American Red Cross Blood Donor App, visit RedCrossBlood.org or call 1-800-RED CROSS (1-800-733-2767)

Going All In
David Ullman
.type=article.p=1
View All
/content/redcross/en/local/me-nh-vt/about-us/news-and-events/news/er-doctors-werent-sure-they-could-save-him