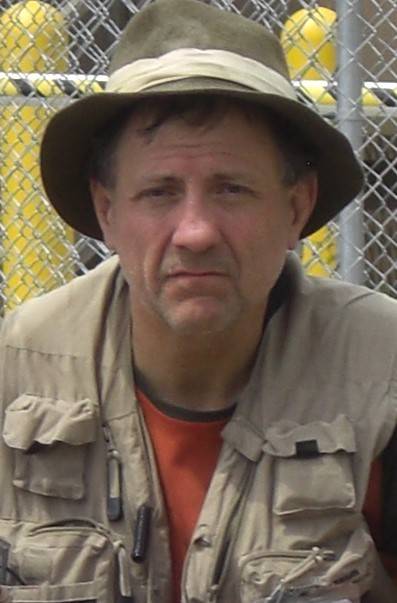 “My daughter is an EMT living in northern California. She’s confronted daily with the effects of the wildfires. She’s my inspiration to become actively involved with Red Cross disaster relief.”

David Zygmont retired from the New Hampshire Department of Labor in 2020, but he knew he had energy, and now the time, to help elsewhere – the question was where?

His daughter, Lauren, lives in Weitchpec, California with her fiancée, George. She is an EMT and George a firefighter. Both share their time and expertise with the local Orleans Volunteer Fire Department. During the recent catastrophic California wildfires David spoke regularly with Lauren and George. They vividly described the damage to their nearby community and the desperate need they were seeing.

He went to his computer, reached out to Red Cross Volunteer Services and within a few weeks had completed his training and was waiting to learn when and where he would be deployed. He didn’t have to wait long.

By late August, the 2021 hurricane season was shaping up to be a big one and David received the call with instructions for his first deployment. He was headed to a disaster zone more than 1,600 miles from home.

He arrived in Louisiana on August 28. After checking in with Red Cross headquarters in Baton Rouge, he was assigned an hour away in Amite City. He arrived just as Hurricane Ida made landfall. He – and about 70 evacuees – hunkered down at a Red Cross shelter in the local high school. David’s senses were on high alert.

The hurricane moved through the area slowly leaving devastation in its wake. Trees were strewn across the roads; a carport appeared just off the school’s driveway, its origins unknown, and 70 people who had just been through the worst day of their lives needed care.

“Working in the shelters under such stressful circumstances, you get close to people,” says David. “You can’t help but get your heart broken by what they are going through. One mother of three became agitated and raised her voice a bit. She immediately apologized and told me, ‘As long as I remember to be grateful, I know I will be ok.’”

David’s days were packed. He helped shelter clients with registration paperwork – and worked with several others who were in dire need of diabetic supplies. Some of the larger chain stores were closed, but small, local pharmacies were doing whatever they could to help. David also monitored shelter supplies to avoid running out.

Disasters, like Hurricane Ida, can bring out the very best in people. While helping a father and son complete shelter paperwork, David learned the elderly man with them was someone they met after the storm. He was alone without family and the men knew that if they didn’t help, the gentleman wasn’t going to survive.

“Doing disaster-related work with the Red Cross demands flexibility. You just do what needs to be done,” says David. “Although I’m still sleep deprived, I’m so glad I was able to be there and help those people through a horrible experience. For anyone who has the time and inclination, your help is absolutely needed.”

For more information on volunteer opportunities with the Red Cross contact our Northern New England Region’s Volunteer Recruitment Team at (207) 523-5107 or email VolunteerNNE@redcross.org.

Going All In
David Ullman
.type=article.p=1
View All
/content/redcross/en/local/me-nh-vt/about-us/news-and-events/news/first-volunteer-deployment