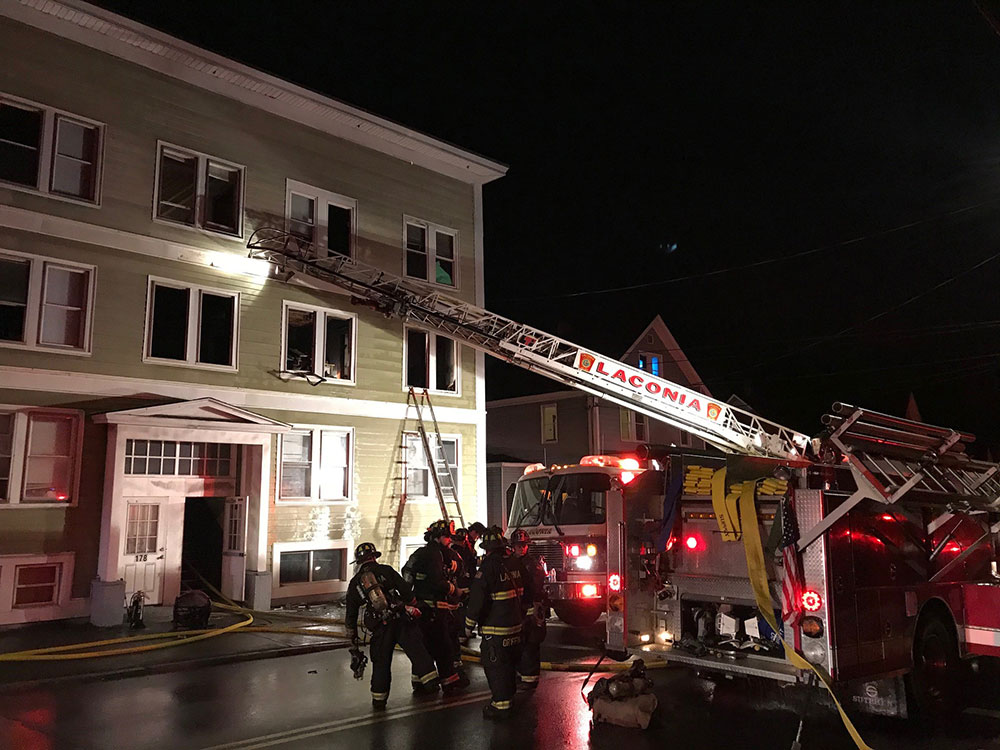 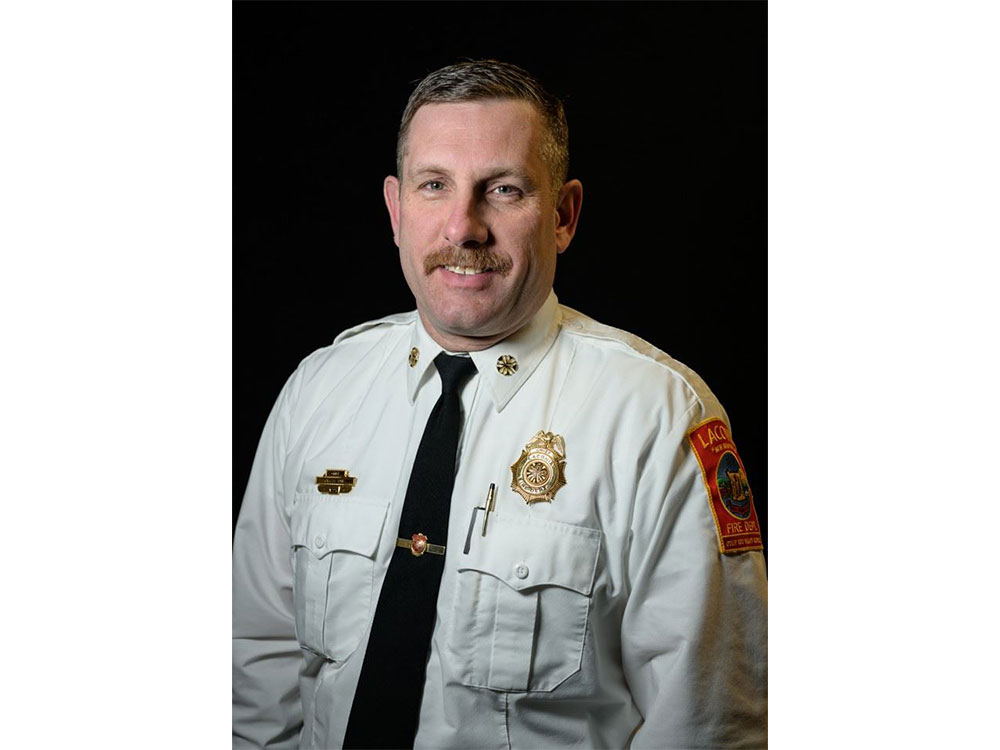 “Our fire station has had more than a few smoke alarms go off in unoccupied apartments and subsequently seen that mistake save other residents’ lives,” says Laconia, New Hampshire Fire Chief Kirk Beattie.

Beattie has been fighting fires for more than 25 years – a career that started in 1997 when he was hired as the city’s first firefighter and paramedic. He was named Laconia’s Fire Chief in 2018. On the 100th anniversary of Fire Prevention Week, Beattie is reminding everyone to install and test your smoke alarms.

“Sometimes an alarm going off in another apartment can serve as an early warning to others before smoke activates the communal alarm in the hallways. Those extra seconds are crucial to saving lives.”

Two minutes is the amount of time that fire experts say you may have to safely escape a home fire before it’s too late. Home fires are the most frequent disaster in the United States. In Northern New England, Red Cross home fire responses rise by 37% during cold months compared to warmer times of the year. But having working smoke alarms can cut your risk of dying in a home fire by half. In May 2021, the Laconia Fire Department received a call late in the evening from a resident of a 15-unit apartment building on Union Avenue, one of the city’s main streets. A resident called the fire department to report what they believed to be a smoke alarm going off in an unoccupied apartment.

With those extra minutes of warning time, the fire department was able to reach the apartment building and begin evacuating the residents – many of whom were still unaware there was a fire.

“We worked closely with the Red Cross Northern New Hampshire Disaster Action Team on this incident,” said Beattie. “Their volunteers were on scene setting up a command post within minutes of our arrival. They are a good partner to have on-scene when things are happening so quickly.”

“This was a devastating fire for everyone involved. All the apartments were destroyed leaving most of the residents with no place to go,” said Doherty-Funke. “When our Red Cross team arrived on the scene, families were standing in the parking lot unsure of what to do next. Our team immediately began distributing water bottles and blankets to tenants and started processing the paperwork necessary to provide assistance to help with the most immediate needs of all affected by the fire. The disaster action team worked closely with our fire department partners and was onsite until the early morning hours processing 18 cases.”

Last fiscal year, the Red Cross of Northern New England responded to 513 disasters, the majority of which were home fires – 179 of those incidents happened right in New Hampshire. And it is overwhelmingly Red Cross volunteers, like Doherty-Funke, who answer the call to help their neighbors during their darkest hours.

“When our Red Cross volunteer team first arrived, we had to use the headlights and the hoods of our cars as makeshift office space,” she said. “We were fortunate to have a member of the local police force show up to open the doors to a nearby school gym and we were eventually able to move affected families inside away from the smoke and noise. I’m so proud of my team, they showed great compassion and did a wonderful job talking with families to identify their immediate needs.”

First responders and Red Cross volunteers stayed with the families until they all had a safe place to go.

“We provided immediate assistance to the families the night of the fire but followed up with each of them to make sure they had the tools needed to navigate any roadblocks they encountered as they put their lives back together after such a tremendous loss. Our disaster action team is trained to comfort in the moment but be sure all affected by a disaster, like this, are connected with community resources to assist them in their long-term recovery,” said Doherty-Funke.

“This story, highlighting Chief Beattie and the Laconia Fire Department, is just one example of how we work closely with our first responders to help mitigate the risks of home fires in the communities we serve,” said Frank Grima, Northern New Hampshire Red Cross Disaster Program Manager. “We also provide home fire safety education and free smoke alarms to communities in need across our region which encompasses New Hampshire, Vermont and Maine.”

Through our Home Fire Campaign, the American Red Cross and our vital community partners, like the Laconia Fire Department, are helping families prepare for and act quickly in response to home fire emergencies. Since October 2014, this campaign has saved at least 1,393 lives nationwide. Last year in New Hampshire, Red Cross volunteers installed 760 free smoke alarms and helped make 212 homes safer.

“I’m very proud to have worked with the Red Cross on their Home Fire Campaign. I encourage everyone to install smoke alarms and check them monthly to make sure they are working correctly. Smoke alarms save lives,” said Beattie.

Most of us don’t realize we have just two minutes to escape a home fire before it’s too late. The Red Cross encourages everyone to practice your two-minute drill with your entire household. Also, teach children what a smoke alarm sounds like and what to do in an emergency.

Visit redcross.org/fire for more information, including a printable escape plan and safety tips for cooking and home heating — the leading causes of home fires, according to the National Fire Protection Association, which is sponsoring Fire Prevention Week with the theme, “Fire Won’t Wait. Plan Your Escape.”

If you need a smoke alarm for your home – or are physically unable to install one, please contact us to schedule an appointment for a free installation. Visit: https://www.redcross.org/local/me-nh-vt/about-us/our-work/home-fire-campaign/smoke-alarm-request-nh-vt.html.

Thank You for Your Support
.type=article.p=1
View All
/content/redcross/en/local/me-nh-vt/about-us/news-and-events/news/helping-save-lives-during-fire-prevention-week