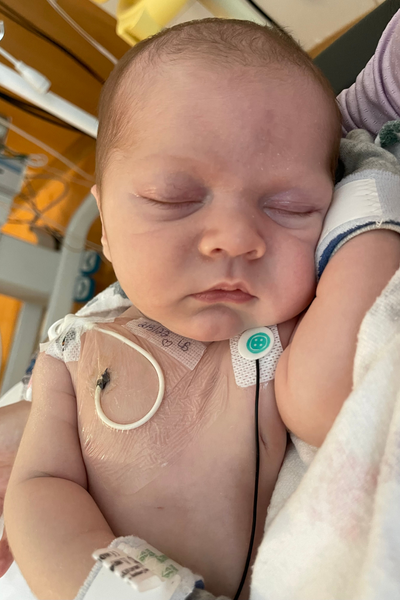 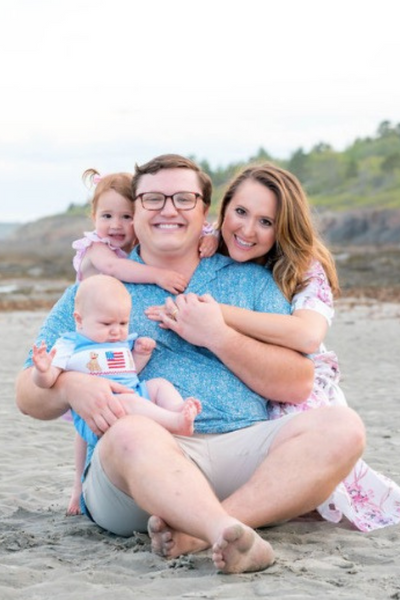 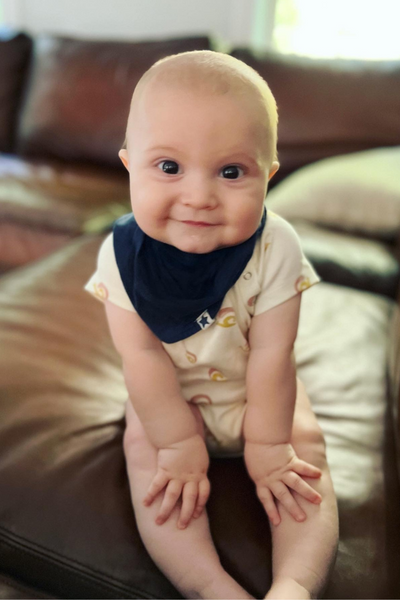 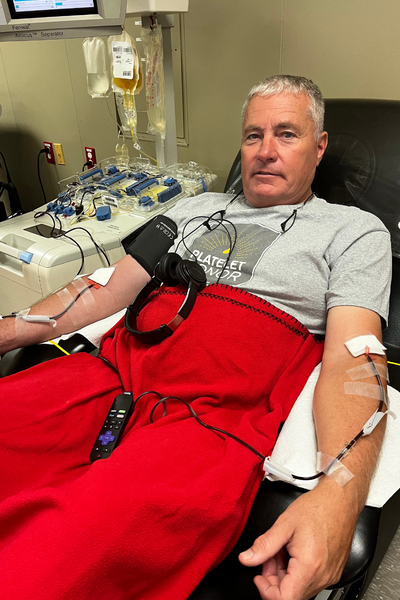 But shortly after his birth, baby James started bleeding from a routine heel stick — and the bleeding did not stop. His medical team ran several lab tests which required more needle sticks, causing more unusual bleeding.

“He just kept bleeding and they didn’t know why,” Nolyn said.

Nolyn Anderson’s newborn was whisked away to the neonatal intensive care unit – and given platelets. Though James responded well to the platelet transfusion, his mom remained very worried.

“I’m in healthcare, so when I hear which labs they're ordering, I start thinking worst case scenario. Things go through your mind, and I thought he would never leave the hospital,” she continued.

Twenty-four hours later doctors had an answer. But, for James and his parents, the diagnosis was just the beginning of their journey.

“James was diagnosed with Factor 1 deficiency, a one-in-a-million, blood disorder where an important coagulation protein called Fibrinogen (Factor 1) is missing from the clotting cascade,” she said. “This essentially means James cannot form a clot, so any injury could result in uncontrolled bleeding.”

For James, it means he will need weekly transfusions through a central line inserted in his chest. One month after his birth, doctors placed the line and gave his parents the green light to finally take him home. James had a big sister waiting to meet him!

“It was really scary coming home, but what was initially a nightmare, kind of became our new normal – something we are all going to live with,” Nolyn said. “He’s a very happy baby – and his sister started calling his central line his ‘helping tube.’”

Through that ‘helping tube,’ James receives the fibrinogen concentrate, which has been extracted from donated platelets. While he’s young, he’ll need those transfusions weekly, but as he grows, the hope is he’ll be able to go weeks without a transfusion.

Gary, a Portland firefighter assigned to the fireboat, became a platelet donor after his grandson’s diagnosis. Now he’s a regular at the Red Cross Blood Donation Center in Portland, Maine.

“Obviously, my platelets don’t go directly to my grandson, but they get back into the system to replenish what he’s using,” he said as he was donating.

Every 15 seconds someone in the U.S. needs platelets yet only 1% of the population donates. Platelets must be used within five days and new donors are always needed. For patients, like Baby James, these donations are a game-changer.

“It’s very heartwarming, to me, to think that some of these may be going directly to my grandson, but beyond that, it’s going to go to good use whoever the recipient is,” said Gary as he looked around at the other platelet donors surrounding him.

Platelet donation is a bit more involved than donating red blood cells. The process takes two to three hours. Blood is drawn from one arm and goes into a machine called a blood cell separator, which spins the blood and forces the platelets to separate from your other blood components. The cells go into a sterile, plastic bag and the rest of your blood – the plasma, red cells and white cells – is returned to your other arm. It’s safe to donate platelets every seven days, up to 24 times a year.

For Gary’s grandson, volunteer donors are the key to keeping the little boy healthy.

“The platelets are going to help his blood clot normally, so if he were to fall down, bump his
head, as kids do, it won’t be a life-threatening situation. These transfusions are going to be a lifesaver for him,” Gary said.

“It’s everything. It’s a normal life,” Nolyn added. “Without blood donation, James wouldn’t be
able to play with his sister, go to school or play sports. Now, he can grow up and play baseball if
he wants to. We’re just so thankful to all the donors for making this possible.”

This holiday season, we urge you to give blood or platelets to help make a lifesaving difference for those in need. Patients are counting on your generosity. Visit RedCrossBlood.org to schedule an appointment today.

Going All In
David Ullman
.type=article.p=1
View All
/content/redcross/en/local/me-nh-vt/about-us/news-and-events/news/platelet-donation--giving-baby-james-a-new-lease-on-life