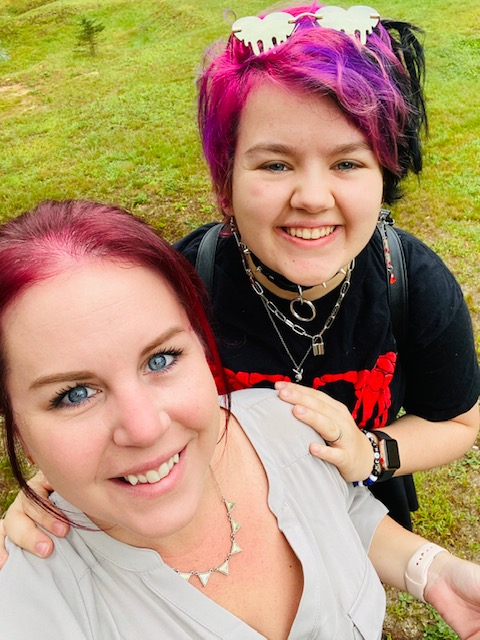 For some the holidays are a time of joy and thanks. For Mainer Shana Webb, it’s a reminder of how precious life is – and how lucky she is to be alive.

“If it wasn’t for blood donors this story would have had a drastically different ending,” started Shana.

On December 23, 2011, Shana was headed home from the grocery store when she had a sudden, severe lower stomach cramp. The overwhelming pain sent an instant wave of nausea through her body. She made it home and headed straight for the bathroom.

“I knew something wasn’t right,” Shana said. “I also knew for about a week that I was around six weeks pregnant.”

Shana had been struggling to conceive her second child for more than a year. During that time, she had experienced a blighted ovum, when the gestational sac develops without and embryo, and six devastating, early term miscarriages.

“I had no hope that this pregnancy was going to stick, like all the others,” said Shana.

She had spent that morning making holiday treats for the teachers and staff at her daughter’s school. It was the Friday before break and her 6-year-old was excited.

“I had all intentions of muscling through the pain and nausea to deliver the goodies and pick her up,” said Shana, “until my tongue started to constrict on its own. It was a terrifying experience.”

Shana never made it to pick-up that afternoon. Her best friend helped with the school deliveries while her mom and sister waited for the ambulance. When the EMTs arrived, Shana’s pain seemed to subside, and she decided an ambulance ride wasn’t necessary – a decision she would later regret.

Her mother drove her to the hospital where Shana spent more than an hour in the waiting room bathroom battling a second wave of nausea until she felt too weak to stand. She was rushed to an exam room. An ultrasound was ordered and her blood pressure continued to drop as she drifted in and out of consciousness.

“I don’t remember much after that. During the ultrasound, they found I had a ruptured, ectopic pregnancy. I needed emergency surgery right away. They wheeled me off to the operating room,” she said. “I remember opening my eyes once in the room to see bright lights, white walls and steel cabinets. I remember the doctor saying, ‘Deep breaths for me,’ as she put the mask over my face. I remember thinking ‘my daughter needs me’ as the anesthesia began to kick in.”

The next thing Shana remembers is waking up in the hospital room the next morning. The doctor told her she was mere minutes away from not having enough blood in her body to survive.

“I almost bled out, internally. She explained this was a once-in-a-career situation for a doctor and I was lucky to be alive. She had to cut me from hip to hip and take out my left fallopian tube to save my life,” said Shana.

Shana needed four units – or a gallon – of blood during surgery and an additional pint the next morning.

“It was Christmas eve and I did not want my daughter to have to spend Christmas in the hospital with me, so I insisted on going home that day,” remembered Shana.

Doctors agreed to discharge her, and Shana was able to spend Christmas morning at home, knowing the greatest gift she could receive that year was the gift of life – a gift given to her from complete strangers.

“My daughter would have lost her mother that Christmas season and her holidays would forever be a sad time of year,” Shana said. “I am so thankful to the people who selflessly donate blood to help those in need. You are truly saving the lives of not only those who receive the donation, but the lives of the people who love them!”

A decade after her harrowing brush with death on Christmas eve, the lifesaving power of blood donation remains top of mind for Shana. This year, she’s working with her employer, Berlin City Auto Group, to organize a blood drive at the Maine Mall on December 28th – a notoriously tough time to collect blood.  Every two seconds someone in this country will need blood, just like Shana, yet only 3% of Americans donate.

If you’d like to become a blood donor, visit redcrossblood.org to make an appointment at a blood drive near you. Give the gift of life this holiday season!

Give Thanks, Give Life with the Red Cross this Holiday
.type=article.p=1
View All
/content/redcross/en/local/me-nh-vt/about-us/news-and-events/news/shanas-christmas-miracle