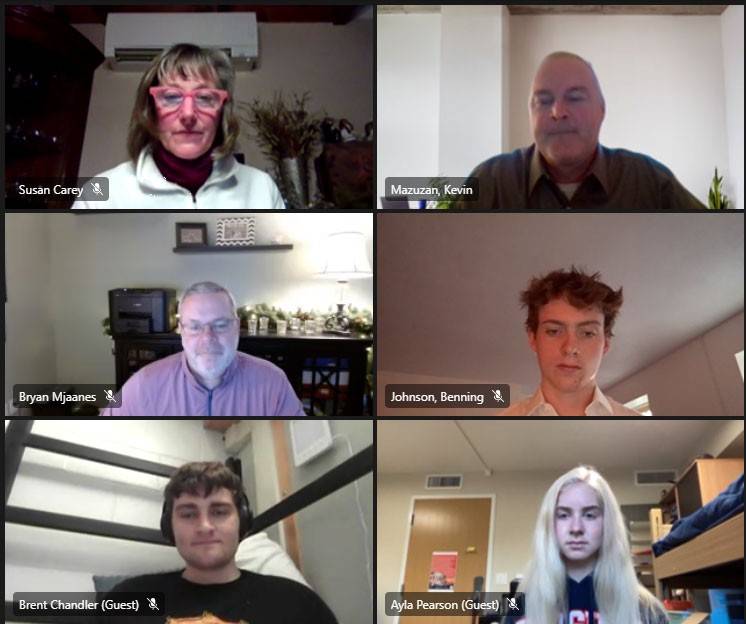 QUECHEE, VERMONT – Lake Pinneo is one of those picturesque swimming holes in Southern Vermont where vacationing families gather to escape the summer heat and fly fisherman spend afternoons perfecting their craft. It makes for a laid-back getaway during those dog days of summer.

But on June 28, 2021 that tranquility was shattered when someone collapsed. A bystander started CPR and another alerted staff. Brent Chandler was the head lifeguard on duty. He rushed to the scene and immediately took over CPR. He then directed lifeguard Ayla Pearson to call 911 and off-duty lifeguard Benning Johnson to get the Automated External Defibrillator (AED). Brent performed four rounds of compressions, applied the AED to the victim and administered the shock. He continued with three more rounds of CPR before the victim regained consciousness.

An ambulance arrived four minutes after Ayla made the call – and together the team got the victim safely to the hospital.

“The victim survived thanks to the quick hands, wise minds and compassionate hearts of Brent, Ayla and Benning. And for that we thank you!” said Kevin Mazuzan, Executive Director, American Red Cross of Northern New England Vermont Chapter.

Emergencies can happen anywhere, at any time, to anyone. On this day, three, young Vermont heroes emerged – putting their training to work – and the Red Cross could not be more grateful.

In recognition of their bravery, Vermont Chapter Board Chair Michael Lash, presented each lifeguard with the American Red Cross Lifesaving Award for Professional Responders. This is one of the highest awards given by the Red Cross to a team of individuals who saves or sustains a life by using skills and knowledge gained from a Red Cross Training Services course.

The Red Cross has awarded 1,585 individuals worldwide with this honor – and as a result these heroes have helped save 775 lives. The Northern New England Region is proud to add three more Vermont names to that distinguished list.

Brent, Ayla and Benning’s actions exemplify the highest degree of concern of one human being for another in distress. The certificate bears the signatures of the President and CEO of the American Red Cross Gail McGovern and Chairman Bonnie McElveen-Hunter.

“In my experience with the American Red Cross, I’ve learned that heroes — the brave men and women willing to step forward and help a stranger during their greatest time of need — are all around us. But I’ve also learned that these individuals are not common because to act quickly and decisively during a crisis takes a level of courage reserved only for a chosen few,” said Michael Lash, Vermont Chapter Board Chair, American Red Cross of Northern New England.

“Congratulations and keep up the great work! It is our hope that these honorees inspire others to get trained in skills that save lives,” continued Lash.

Red Cross training gives you the knowledge and skills to act in an emergency. A variety of online, blended and classroom courses are available at redcross.org/takeaclass.

For more information on how to nominate or recognize an individual, visit LifesavingAwards.org.

Give Thanks, Give Life with the Red Cross this Holiday
.type=article.p=1
View All
/content/redcross/en/local/me-nh-vt/about-us/news-and-events/news/vermont-trio-honored-courage-reserved-for-chosen-few