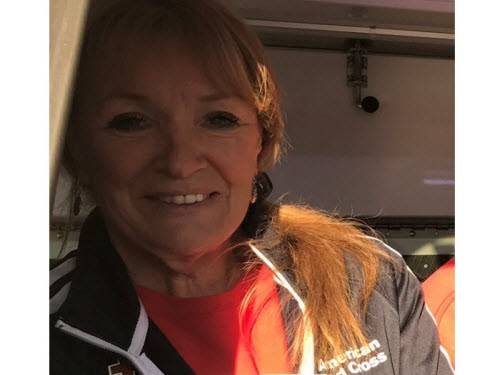 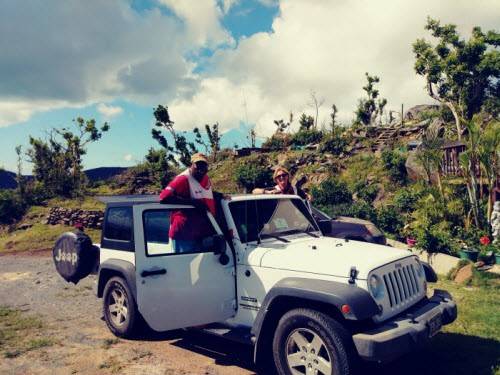 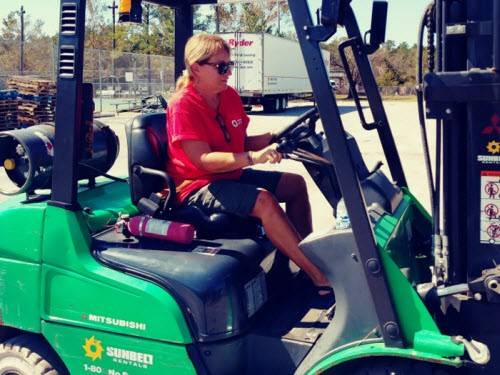 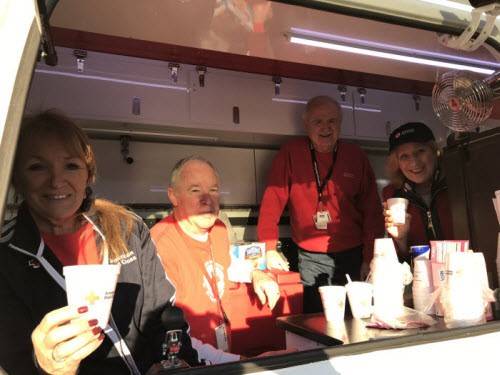 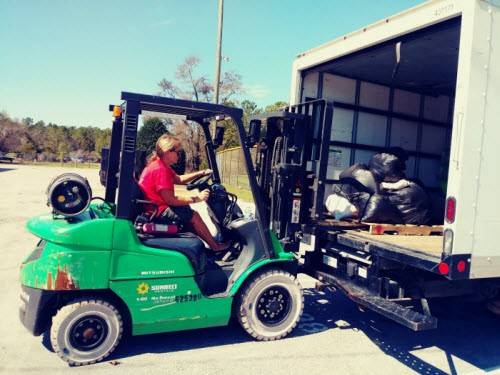 Nikki Magditsch went from decades of pampering customers at prestigious hair salons to setting up cots, comforting distraught people, providing blankets and serving meals in the wake of Hurricane Harvey.

She followed her volunteer service in Houston with three weeks in vans and jeeps on hurricane-ravaged roads taking necessities to people in remote areas of the Virgin Islands.

Then, amid the splintered boards, broken glass, chunks of asphalt and other debris in hurricane-flattened Mexico Beach, Florida, Magditsch carried much-needed supplies to people and heard stories of a mother and son floating on a door to safety.  She saw acres of leveled houses where only addresses on spray-painted cardboard or leftover concrete remained.  Her most recent postings this spring and summer have been in Mound Ridge and Craig, Missouri, where she delivered cleanup supplies, staffed a shelter for flood victims and went door-to-door assessing destruction caused by floods. Flooding has damaged nearly 2,000 homes and businesses, closed 400 roads and left hundreds homeless.

What is this grandmother of two doing racing from disaster to disaster?  “When I retired in 2017, I decided to pursue a version of a long-ago dream I had of joining the Peace Corps,” Magditsch said.  “But I was the only daughter of eight children, so going overseas was not an option. Instead, I stayed home and went to college. Later, I joined J.C. Penney, where I worked in management for 34 years.”

Magditsch has just completed six deployments in 22 months. Her first began August 29, 2017, when she was stationed in Houston’s George Brown Convention Center. Of the 11,000 people who fled to the center for shelter from Hurricane Harvey, 5,500 still remained when she arrived.  Magditsch set up cots and offered blankets and pillows to newcomers, packed up for those leaving the shelter and brought meals to dozens of people who could not walk the long distance to the auditorium where most of the residents ate.

“We even had animals in our section of 400 people,” said Magditsch. “People were incredibly generous—bringing in pet supplies and crates.  There were veterinarians to check out everyone’s pet and give them shots. It was all pretty amazing.”

Sept. 6, 2017, Hurricane Irma, one of the most powerful Atlantic storms in a century, tore across the U.S. Virgin Islands as a Category 5 storm, only to be followed by the equally fierce Hurricane Maria. In October 2017, Magditsch joined a Red Cross Distribution Emergency Supplies crew, navigating through downed power lines and almost impassable roads to get food, water, cleanup supplies and roof tarps to those affected by both Irma and Maria.

Then in September 2018, Hurricane Florence hit North Carolina, and Magditsch saw duty in Wilmington, where she handled multiple shelter assignments. “In North Carolina, we organized bingo games that shelter residents looked forward to each day,” she said. “Once we had 63 people playing bingo, and one night we even staged a dance party—all to brighten up the days of residents.”

Magditsch returned to St. Louis in October 2018, only to leave 10 days later for Tallahassee, Florida, to help victims of Hurricane Michael. There, in addition to food, water and cleanup supplies she took local residents rakes and shovels to clear out the mud and debris.

Then in March 2019, Magditsch headed to western Missouri, where in the St. Joseph area she spent four days delivering emergency supplies.  “We even got our truck stuck in the mud and used shovels we were delivering to flood victims to dig ourselves out,” she laughingly added.

While in that area, Magditch was then deployed to a Mound City, Missouri, shelter for families that lost their homes to the flood.  “We hosted an Easter egg hunt on the grounds of the shelter for all the children there just to bring them a little joy,” she recalled.

She moved from there to a multi-day assignment going door-to-door doing disaster assessments of flooded homes in the St. Louis metropolitan area.  These assessments help the Red Cross and government officials better determine the needs of disaster victims.  The total costs from the devastating Midwest flooding this spring and summer is approaching $3 billion.

“We found that some of those homes were only available by boat with water levels up to the counter tops in kitchens,” she said.

Of all her deployments, Magditch says that the scene in Florida was the most destructive. “One house was picked up and moved across the street, and hundreds of cars were swept into the ocean. It was heart-breaking to see so many people lose everything.”

She admits the work is physically and emotionally taxing, but Magditsch keeps joining Red Cross teams because working disasters is also rewarding.  She says she has met wonderful Red Cross volunteers from all over the nation.

“You make great friends, and you get a great sense of fulfillment that you are doing something to help in such trying times. People are so grateful for our help,” Magditsch said.  “The memories of all these encounters are things I will always treasure.”

Thank You for Your Support
.type=article.p=1
View All
/content/redcross/en/local/missouri/about-us/news-and-events/news/Grandmother-finds-fulfillment-serving-others