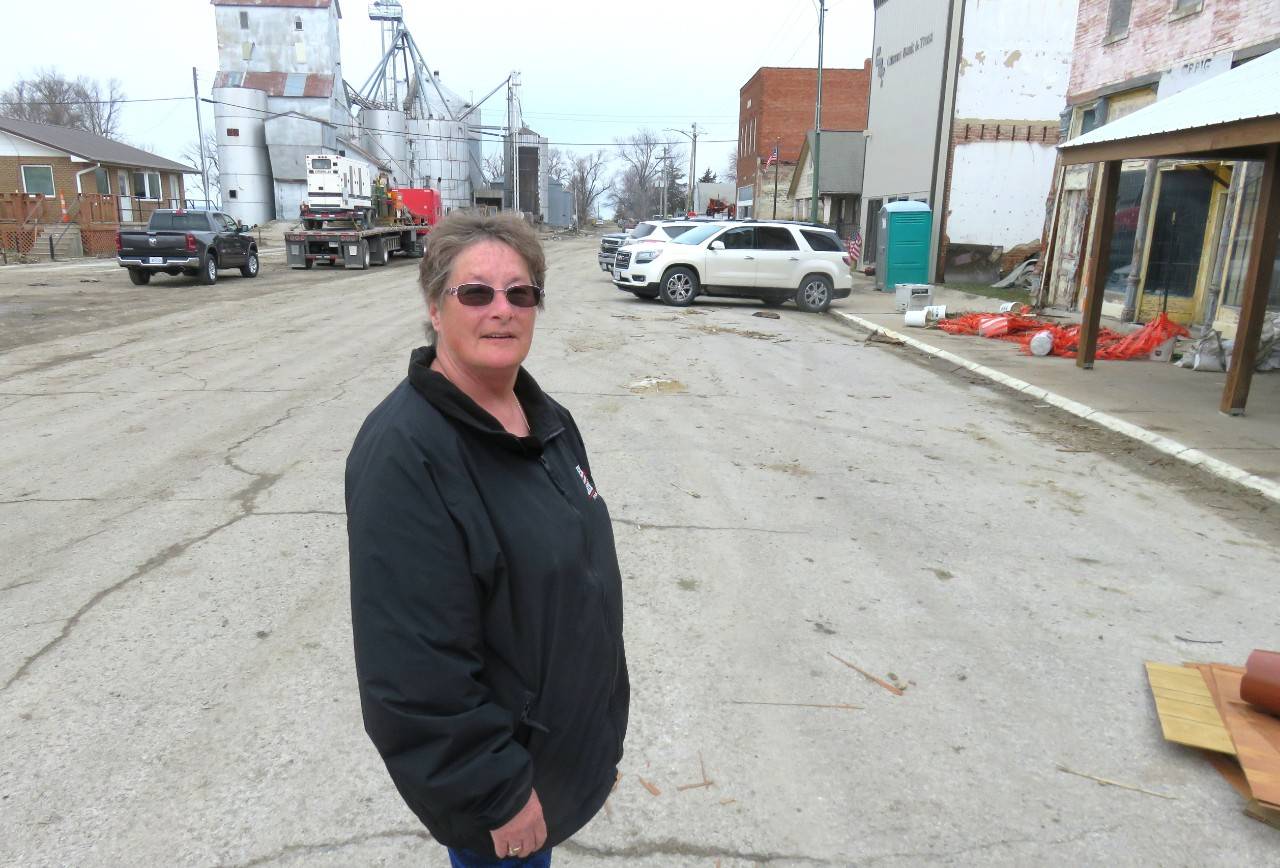 Rhonda Hunziger is a hands-on mayor of the rural town of Craig in northwestern Missouri. When the Missouri River started rising, she was out there with everyone else filling and stacking sandbags on the town’s levee in hopes of holding back the floodwater.

But hopes didn’t prove to be reality. The levee breached and for the first time in nearly seven decades floodwater filled the streets of the town of some 250 people.

“We did everything we could to keep the town from going under but the water came in too fast. When they said the levee blew, we all scattered,” she said. “It was like a wall of water coming down Main Street.”

Rhonda’s house took on about five inches of water and she said there was enough water that a boat with an outboard motor could cruise without hitting the streets.

“I grabbed the dogs, got in my car and cried all the way to Mound City and for the next two days it was like my heart fell out,” she said of the neighboring town where she’s staying in her camper.

While some people will stay and rebuild, others will move on. How many will stay remains to be seen. The problem is there’s not a lot of affordable good housing in the area where people can move and many don’t have food insurance to help cover their losses.

Rhonda said those who stay will band together to repair and replace as much as they can, but cautioned that things will be different going forward.

“It’s not going to be an overnight fix. It’s going to take months and maybe years,” she said. “People want things to be like it was, but Craig will never be like it was.”

Among those leaving was Austin Bennett. The Marine veteran and his fiancée were salvaging as much as they could from their apartment and discarding what was soaked by two feet of water inside.

“It’s been really hard for us. It’s taken a real impact on our finances,” he said. “It’s pretty depressing to see what happened to the town and how it has affected everybody’s lives.”

On the other side of town, Darla Sue Schmidt was busy carrying damp carpets out of her house, dropping it in the front yard littered with corn stalks swept in by the floodwater.

“Well, at least it will cut down on my grass mowing this summer,” she said with a shrug.

She has lived in her house since 1973 and plans to remain there after she gets her repairs completed.

“This place is my home and I’ve lived here all my life and I’m going to stay until they carry me out,” Darla Sue said.

Rhonda, recently re-elected to her third term as mayor, said her focus is to do what she can to help in the recovery efforts.

“I’ve got to take care of these people. I’m not going to just jump and run,” she said. “I have a responsibility and I take it seriously. I want to make sure that everything is OK.”