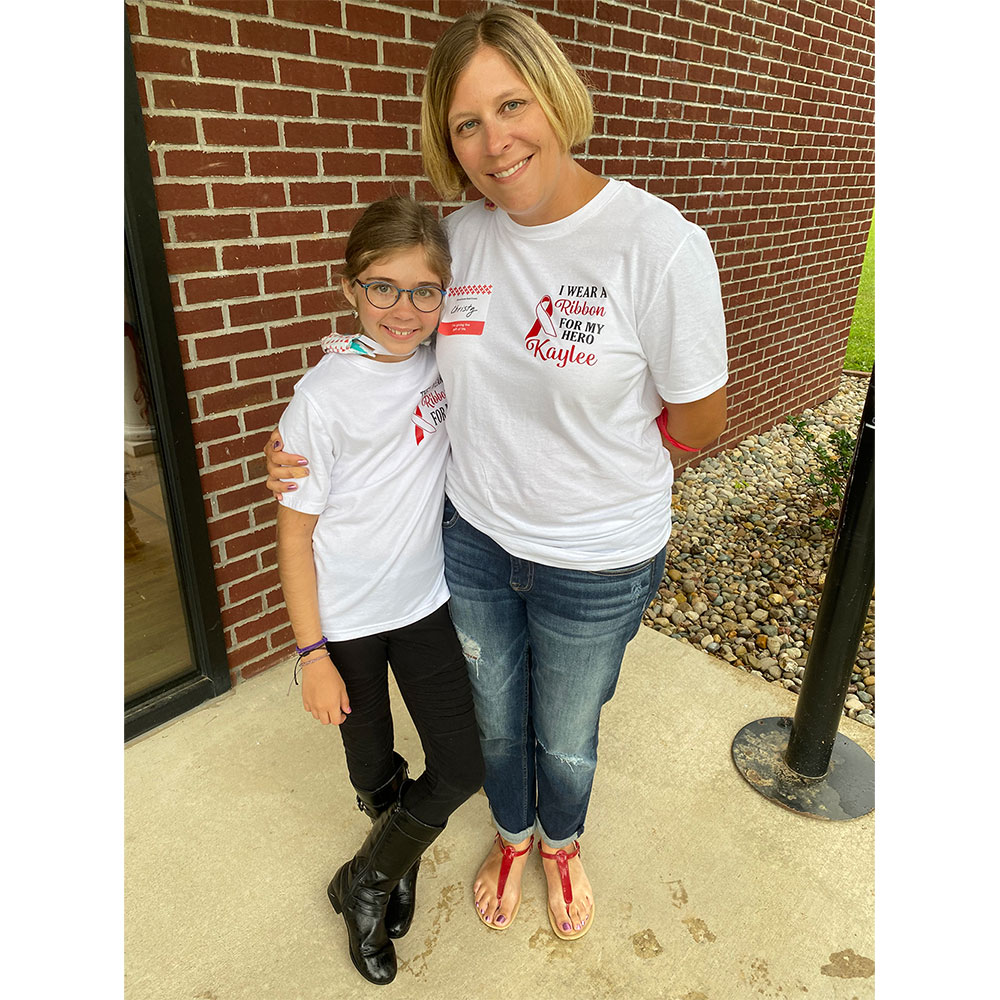 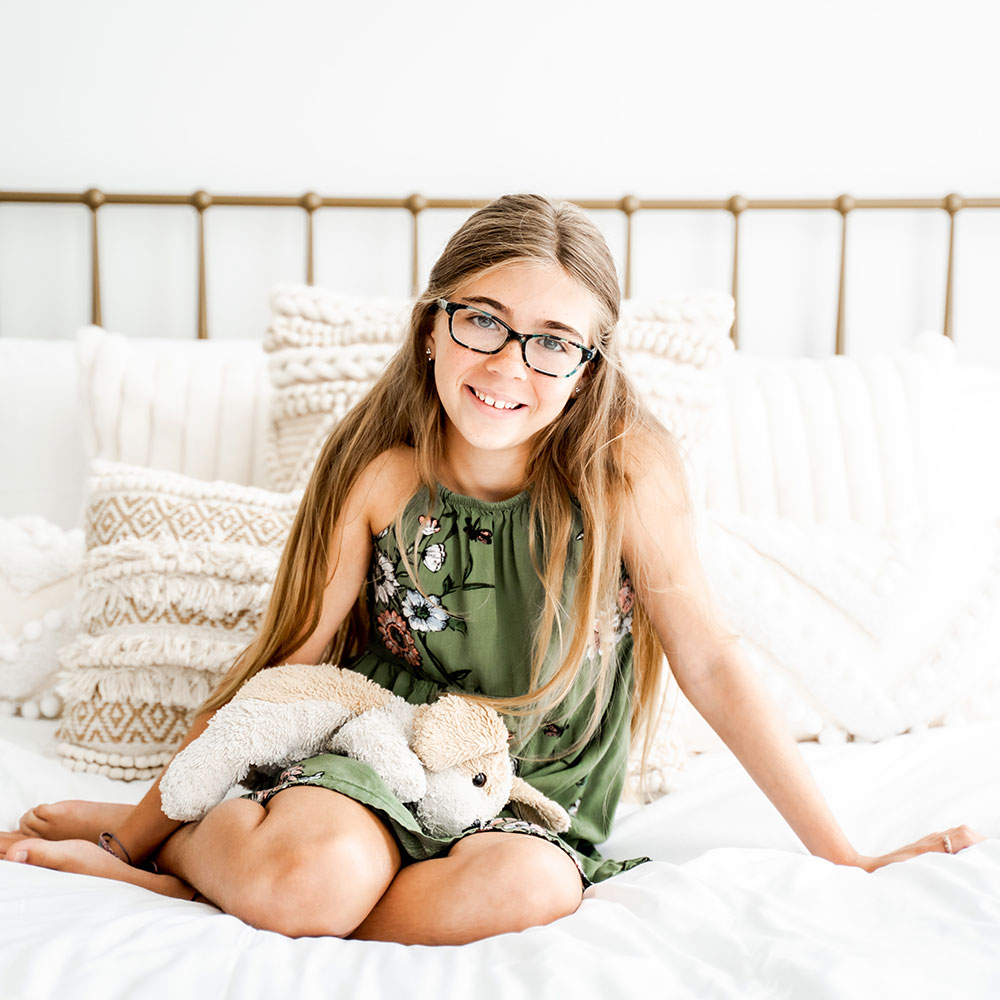 When her lively, limber pre-teen complained that she was too tired to join fellow cheerleaders to root for the school basketball team, Christy Muertz was a bit surprised.

Then daughter Kaylee fell at school, and an enormous bruise covered her lower leg. The school nurse called about it. “I thought, it’s a bruise, what could be so serious about that?” Christy recalled. Then another large bruise appeared on Kaylee’s side and then little red dots on her body. “I asked Kaylee if she remembered scratching herself.”

The busy family of four was preparing for Christmas in 2019 in Maeystown, IL, a village of 148 people in southwestern Illinois, where Christy, an office worker, grew up and settled with husband Chris. They are parents to Kaylee, now age 13, and Julia, 10.

Christy thought Kaylee might be anemic so on Dec. 3, she took her to the local clinic to check out the skin condition. The clinician drew blood, and the family went to Julia’s school concert—and in the middle of the performance, Christy got a call.

Kaylee’s doctors ruled out leukemia and eventually told the Muertz family that Kaylee had a rare disease: aplastic anemia. Annually, fewer than 20,000 cases are diagnosed in the United States. The condition occurs when the body stops producing enough new blood cells. The disease made her highly susceptible to infection. Treatment for aplastic anemia can include medications, blood transfusions and eventually a stem cell transplant, also known as a bone marrow transplant.

Initially, doctors prescribed a form of chemotherapy to prompt Kaylee’s bone marrow to start rebuilding her platelets. Platelets control bleeding and are essential to surviving surgeries, such as an organ transplant, as well as to fighting cancer, chronic diseases, and traumatic injuries.

Kaylee also has received numerous platelet—and occasionally whole blood--- transfusions. “Kaylee got a transfusion every week for four months,” Christy recalled. “We are so grateful to the Red Cross and all its donors for making this possible. For Kaylee, it was so critical to have those transfusions.”

That gratitude has turned into action. Christy reached out to the Red Cross to hold a local area blood drive. July 25 marks the third blood drive conducted in Kaylee’s honor. It is slated for 2 p.m. to 7 p.m. at the Valmeyer St. Mary Catholic Church Parish Center, 116 W Woodland Ridge, Valmeyer, IL 62295. Appointments can be made at redcrossblood.org.

“Our main goal for these drives is to build awareness of the importance of giving blood,” said Christy. “We know Kaylee would not be alive if donors did not give platelets, and we are so pleased that people in our town and in the Valmeyer schools support the drives.  Last year 90 people showed up, which was really a great turnout for our small town.”

As for future steps, Christy said Kaylee is taking immune suppressants while her doctors monitor her platelet count. The first medicine worked well in helping her bone marrow build up platelets, but the doctors were afraid of kidney damage, so they moved to another medicine. Kaylee says that her current medicine, which she takes twice daily, is a jell that sticks to the roof of her mouth, makes her fingers and toes burn and turns her hands red.

“It also causes my hands to shake,” Kaylee said. “Sometimes my teachers have to write my notes because I can’t.”

The plan is to reduce the level of immune suppressants she takes. Kaylee’s doctors are waiting for the right time to perform a bone marrow transplant, which would return her to good health. They would like to perform the surgery before she turns 15.

In the meantime, this teen is not one for self-pity. She is active in church, cheerleading, music, dance and theater. Kaylee also raised over $300 from her Valmeyer, IL, elementary school families to fund Julia’s Wings, an organization that helps families struggling with the costs of this disease. Kaylee is fully vaccinated, as are her family members, and she faithfully wears a mask.

But Kaylee is also carefully monitored. Every time, her temperature is at or higher than 100.4 degrees, she must go to the hospital so they can check for bacteria in her blood cultures. That has resulted in several visits to the emergency room.

“One time I was sitting in the emergency room, and I dialed into my Social Studies class on Zoom,” Kaylee said, laughing. “My teacher heard all the Emergency Room commotion and asked me where I was. He was quite surprised I was attending school from the St. Louis Children’s Hospital ER!” 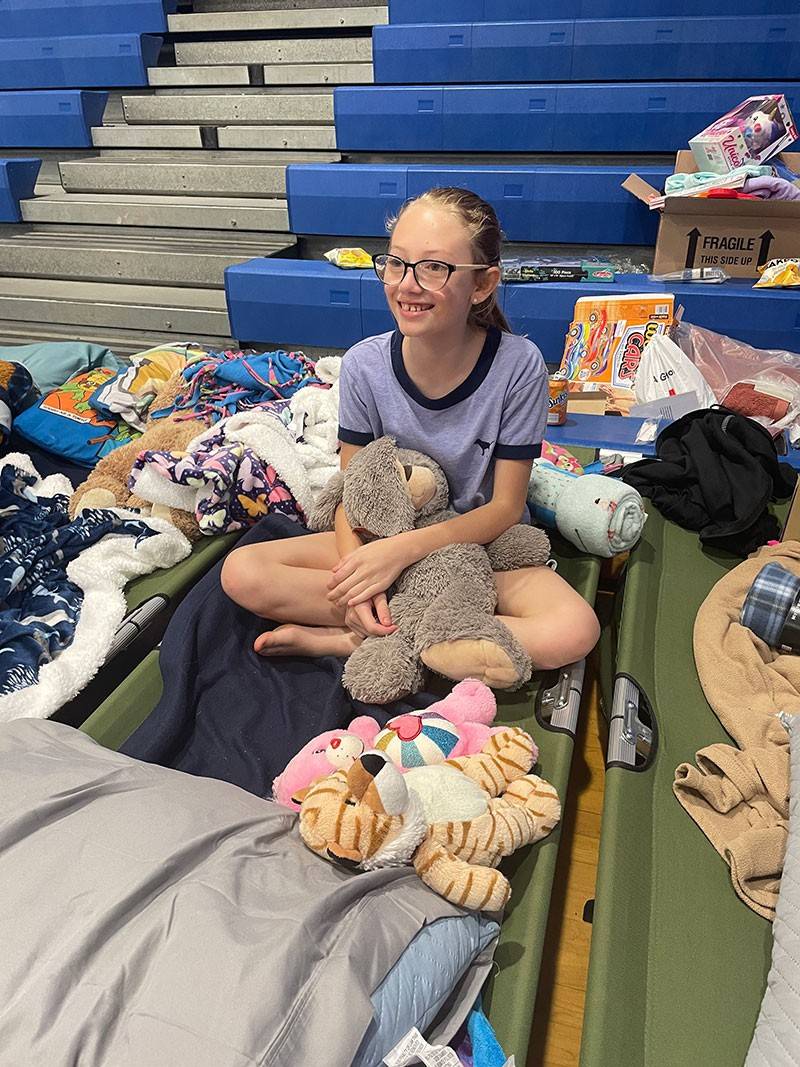 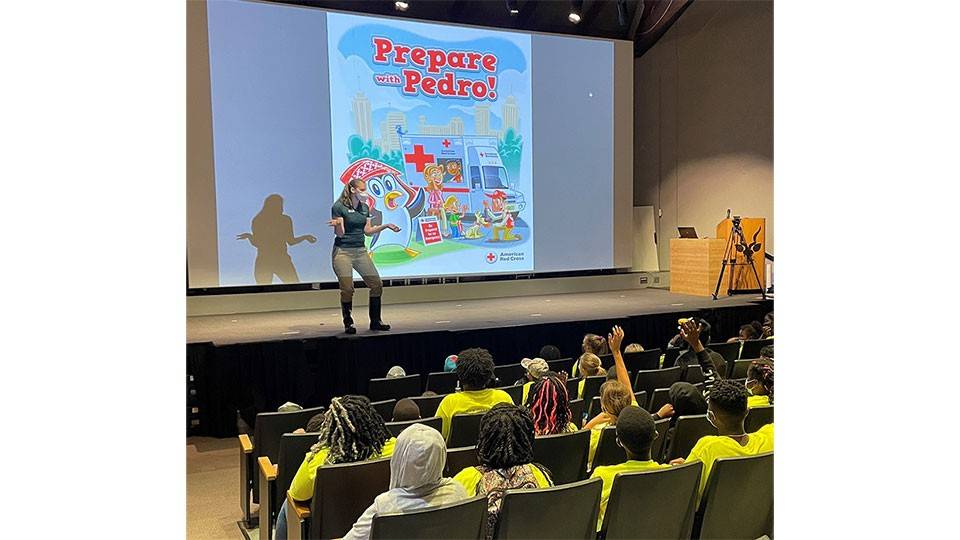 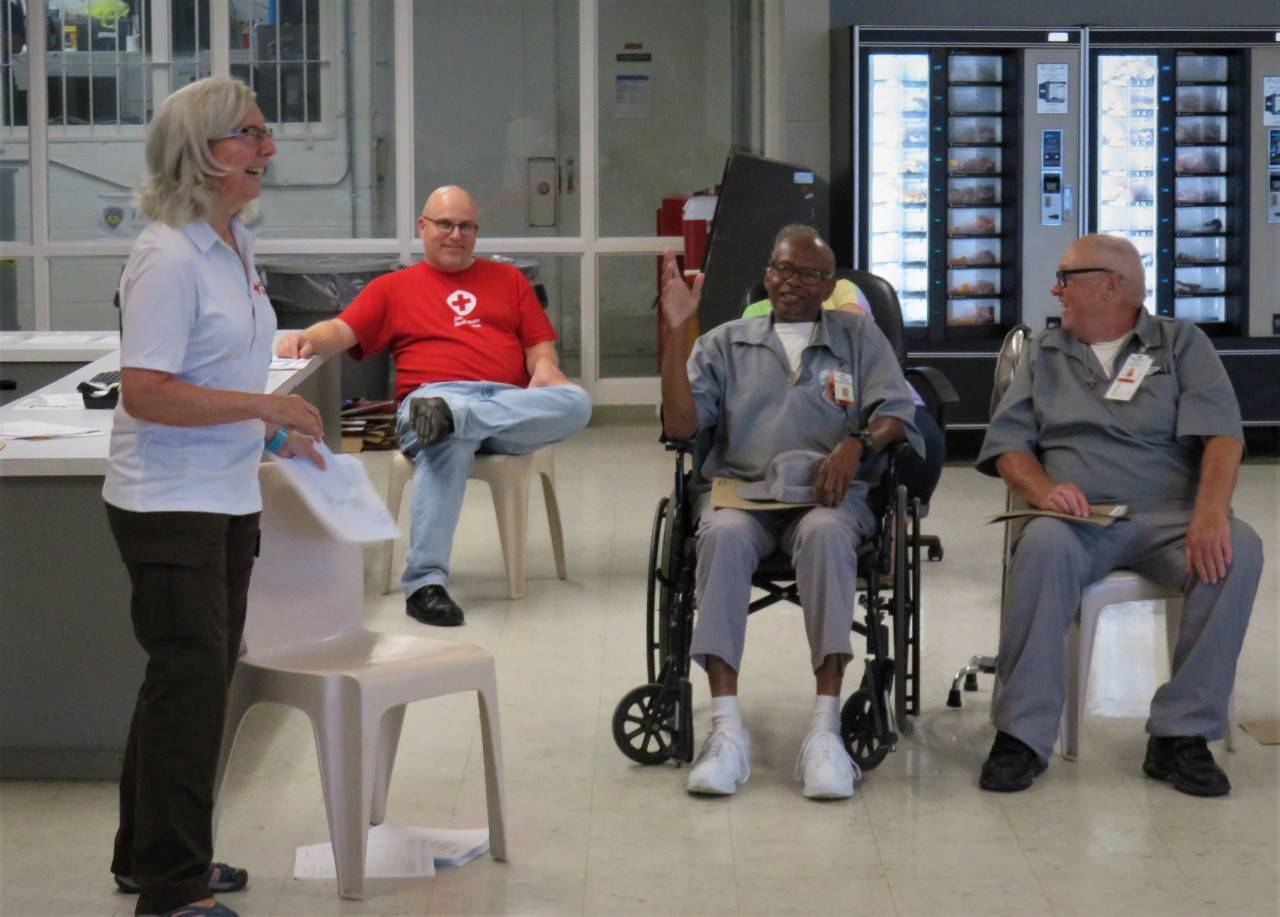