Sharing their Love through Service

Audrey and Larry Payne: Sharing their Love through Service 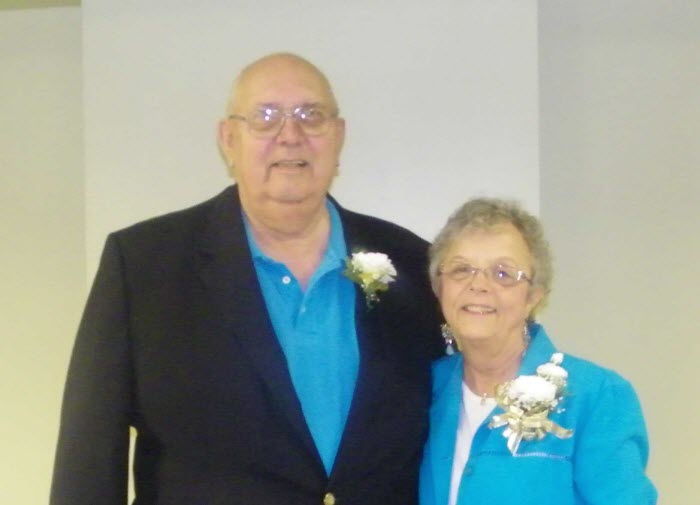 Audrey and Larry Payne have been with the Red Cross since the 1990s: the days when payphones were used to call for supplies, and inventory and casework reports were written out by hand.

Throughout their years as volunteers in St. Joseph, Audrey and Larry have devoted their lives to the Red Cross mission of helping those in need through disaster and recovery.

When asked why they started volunteering, Audrey said, “We weren’t blessed with [children], so we had to find other means.”

This remarkable couple found a way to share their love and talents through serving others. Audrey and Larry have been married nearly 38 years, and together they have dedicated their time to helping the communities around them. Even before becoming Red Cross volunteers, they were serving others.

Larry is a military veteran who served three years in active duty including one year in Vietnam before coming home and joining the Missouri National Guard, retiring in 2003.

During this time, Audrey became a volunteer with the National Guard as a coordinator for family support groups. She and seven others traveled around Missouri to armories, teaching families how to start support groups while their loved ones were deployed.

Audrey’s valuable work caught the attention of the Red Cross in 1990, when they invited her to speak to a support group for families affected by the Gulf War. She was invited back on several occasions before officially becoming the Red Cross volunteer to run the support groups.

Since then, Audrey has volunteered with the Red Cross by helping with service to armed forces, disaster casework, installing smoke alarms, training other volunteers and more.

She has been deployed to many disaster sites, both local and national, including the Great Flood of 1993, 9/11, and Hurricane Katrina. During the COVID-19 pandemic Audrey is continuing to help others by doing virtual casework.

Audrey says she can tell stories for days about her work with the Red Cross, but one touching story she distinctly remembers is about a lady whose two-story house was destroyed by fire.

“We just stood and we held hands and we cried and we watched it until the house melted,” Audrey said. “I would just stand there thinking that could be my house. I could be needing someone like me to come and help me. And so I think that’s how it got in my blood.”

For Audrey, being able to interact with people is special, and as a caseworker, she is grateful that she can be there for people after a disaster and let them know she cares about them.

“[When] there is an elderly person who doesn’t have any family, you just want to reach out, hug them and say ‘I’m here for you’ and I do when I’m there,” Audrey said. “And even over the phone, I do the best I can to show that love and my caring through the phone.”

Larry worked with the Red Cross for the first time during the Great Flood of 1993, when he served as manager of their facilities. He officially became a Red Cross volunteer in 1995, and since then has been deployed across the country to respond to 9/11, the Missoula Montana wildfires, and multiple hurricanes along the southern coast, including Hurricane Katrina and Hurricane Dennis.

He has worked in logistics and sheltering, in safety and security, as a warehouse manager, and as a trained driver to transport supplies. Larry was also the first trained driver for Henry’s Kitchen, which was a Red Cross mobile feeding unit that transported meals to disaster sites and helped transport around 3,000 meals a day.

While Larry’s love for travel inspired him to start going out on disasters, his passion grew by seeing the people he was helping.

Their selflessness goes beyond those they are helping and extends to other volunteers. During the recovery of 9/11, they decided to return to New York through Christmas and New Year’s so that volunteers with kids would be able to go home.

Throughout their years volunteering, Audrey and Larry have seen the effects of disasters first hand and have gained priceless knowledge through their training and experiences. They hope to continue sharing their knowledge, talents, and care through the Red Cross by helping others and saving lives.

“My life wasn’t about making money, it was about helping people,” Audrey said.