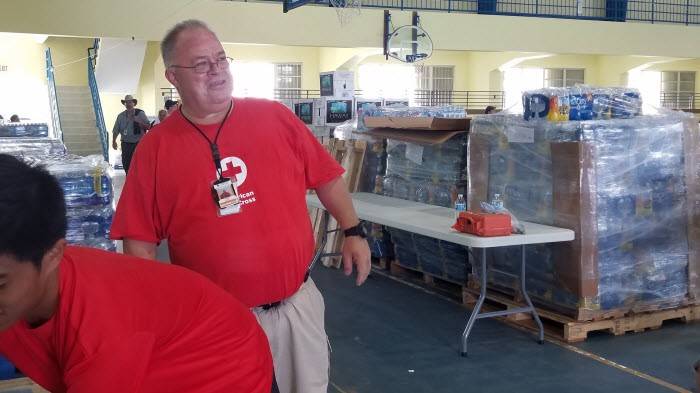 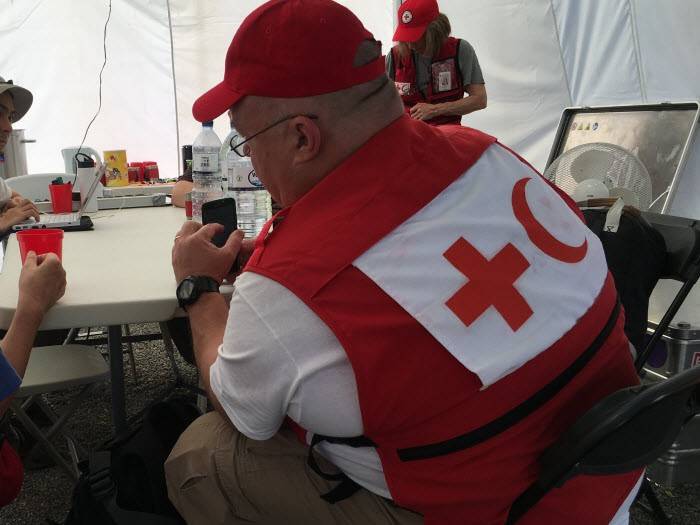 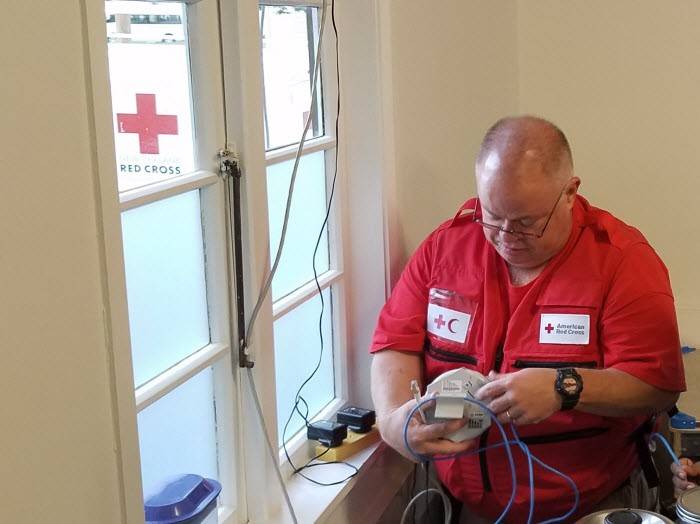 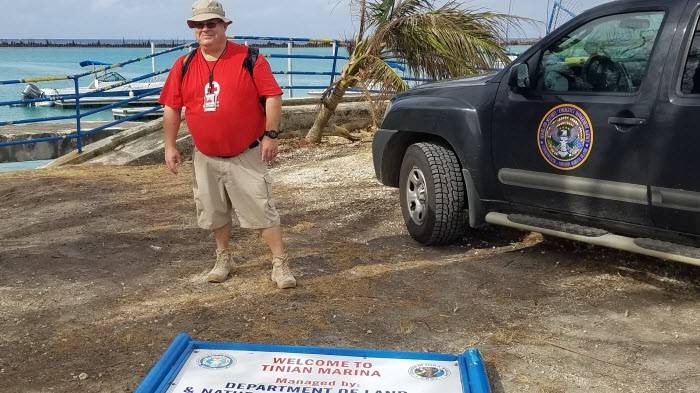 David Sewell has spent his life in the service of others. When David finished high school he became a volunteer firefighter and went on to volunteer with the Red Cross in 1986 as a Disaster Action Team worker. He returned to college for a second degree in the early 1990s, earning a Bachelor of Science in Psychology with a Minor in Social Work and an Associate Degree in Computer Networking.  David then served with AmeriCorps/VISTA for two years, a national service program that helps alleviate poverty. David’s impressive background includes holding various military positions including the Civil Air Patrol and a local government posting in Laclede (MO) County Office of Emergency Management, where he currently serves.

Over the years, David has worked for many different Red Cross departments, including a shelter worker and a damage assessment worker. With this history, it is no surprise that he has done about 40 different deployments all across the country. He now has two positions with the Red Cross where he is both the Disaster Services Technology Chief and a member of the international Information Technology and Telecommunications disaster response roster. As part of these assignments, he manages between 40 and 60 volunteers across the western part of the U.S. and puts in roughly three hours per day on Red Cross activities.

While working in the Florida Keys after the Irma and Maria hurricanes, he struck up a conversation with one of his coworkers about volunteering internationally. After extensive interviews and training -- one session took place in New Zealand -- he was eventually deployed to Nhamatanda, Mozambique in Africa following the 2019 tropical cyclone Idai to support the IT and communication needs for the Canadian Red Cross at their field hospital.

Idai did extensive infrastructure damage to the area, and “had a substantial impact on electrical power, water and the cellular network in Nhamatanda,” he said. “I was there a month after the storm hit, and many of their buildings were severely damaged by the storm and the ability to produce fresh water was damaged for a time by the storm surge from Yutu,” recalls David. “I provided the emergency IT and Telecommunications infrastructure needed to support the restoration of critical services and supported the team that restored the ability to deliver clean water and repair much of the main hospital’s grounds and the restoration of many facets of the Nhamatanda Hospital.”

International deployments are somewhat different from the ones he has done in the U.S. “Every international volunteer has to be something of a generalist,” he said. “You have to have a fair amount of diplomatic acumen and be able to work with a wide variety of people when they are at their worst and have a certain amount of flexibility. You have to walk lightly into a situation and understand the different cultural norms that you find yourself in and be adaptable. You need to step back and be comfortable with your abilities. You don’t have to prove your technical skills -- that is why you were selected for the disaster team in the first place -- and your clients will appreciate you for just being there and helping them out.”

Being an international volunteer has changed David’s global perspective, despite his extensive volunteer history with the Red Cross and other organizations. “I realize now that the American Red Cross is just a small part of a huge global movement, and it has really expanded my horizons,” he said. Over the years, David has learned that being a Red Cross volunteer isn’t about him, but about contributing to the greater mission. “Early on I was wrapped up in myself and how fast I would be promoted through the organization. I probably lost some opportunities to help other volunteers during that time as a result. Since then I have learned that it is all about helping others,” he said. “You don’t want to spend too much time looking in the mirror, but outwards.”

This humanitarian spirit applies not just to helping his clients, but about his mentoring of his fellow volunteers. “I have worked with about 20 other volunteers over the years who have gone on to have amazing careers and taken on leadership positions with the Red Cross, which has been very satisfying,” he said. “I now see that the success of a leader is based on the accomplishments of the people he or she supervises. I have tried to find ways to help my mentees become successful and understand their value to the Red Cross, and I now see that any team member is capable of being able to lead that team with the right encouragement.” Some of David’s mentees have pursued international postings, following in his footsteps.

“The Red Cross has an endless series of volunteer opportunities,” Sewell said. “It takes some patience and being dedicated to the mission and having an open heart and being able to keep your eye on the prize,” he said. “It is an exciting adventure to find a new way of giving back,” Sewell added.

He sums up his time with the Red Cross with this quote from a Quaker missionary, Etienne De Grellet:

“I shall pass this way but once; any good that I can do or any kindness I can show to any human being; let me do it now. Let me not defer nor neglect it, for I shall not pass this way again.”