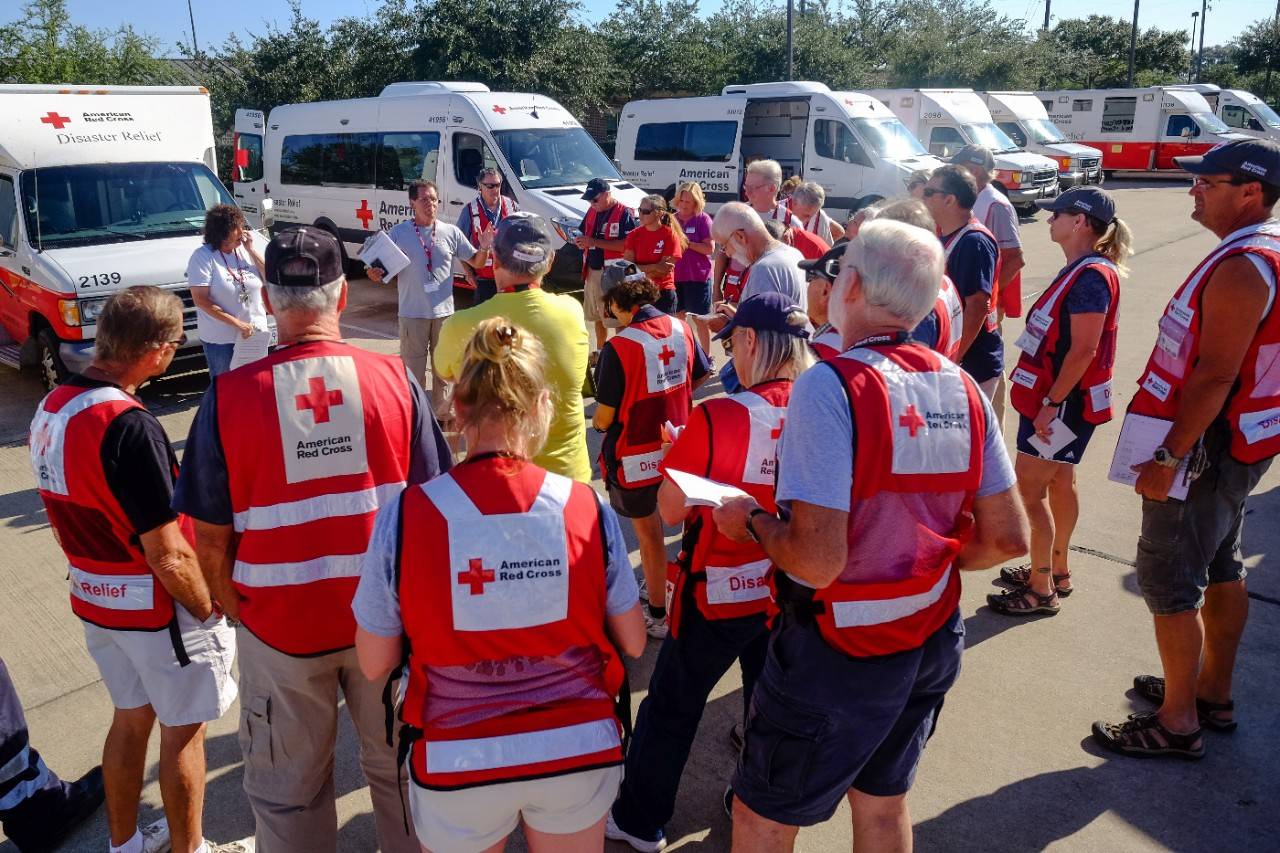 Red Crossers, both deployed and at home, share the common goal of wanting to make a difference.

Those living in the Dakotas Region are well-acquainted with the lasting effects of flooding, and stepped up to help in a big way. As of October 10, more than 115 Red Cross volunteers from North Dakota, South Dakota, and Northwest Minnesota have been deployed to one of these disaster relief operations – more than ever before. Many said they were helped by Red Cross volunteers in their time of need, and this was an opportunity to give back.

Many of the region’s long-time volunteers were the first to head south. Several of them have returned home to recuperate, and have deployed a second time. A good majority of those who deployed are newer volunteers, who received extensive training so they could help with the 2017 hurricane relief efforts.

As dozens of people head south to help with hurricane relief, dozens more have stepped up right here at home. Day-to-day operations at the local Red Cross offices must continue, and other emergencies, like home fires, continue. This means our local volunteers and disaster responders are busier than ever.

Red Cross relief workers, both deployed and at home, share the common goal of wanting to make a difference in this time of crisis. As part of the world’s largest humanitarian organization, volunteers say their lives have been forever changed. The volunteer experience has left them humbled and thankful - cherishing the lasting relationships that have been formed.

Thank you to all who have volunteered their time to help others in need. Thank you to our community and government partners, and all who have donated financially to support Red Cross disaster relief. Red Cross relief efforts for hurricanes, wildfires, and other disasters across the country will continue for months to come.

Thank You for Your Support
.type=article.p=1
View All
/content/redcross/en/local/mn-nd-sd/about-us/news-and-events/news/Dakotas-Region-Volunteers-Respond-to-Historic-Hurricane-Season