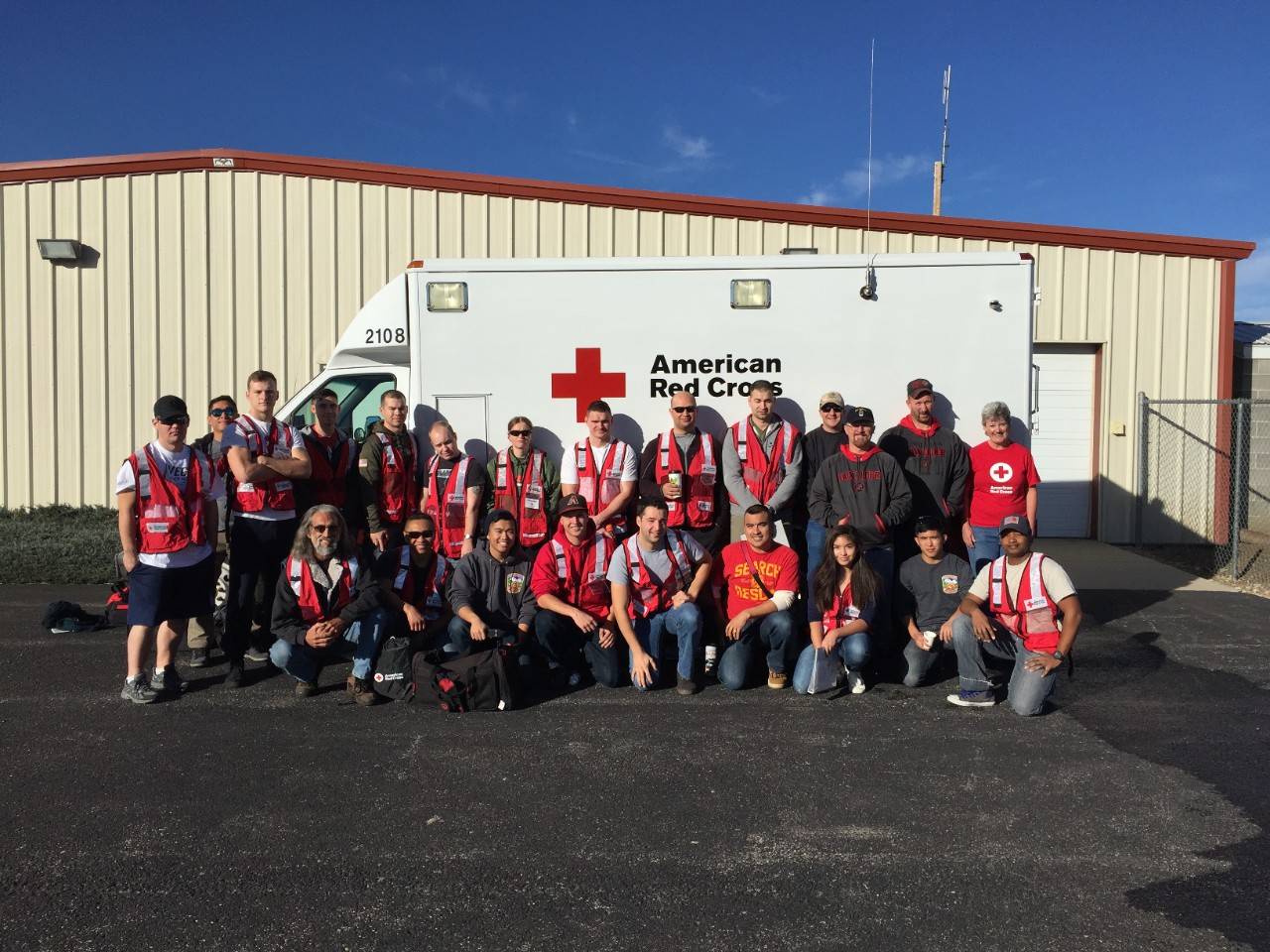 "The idea of veterans supporting veterans is part of our military heritage."

Home fires in the United States kill more Americans annually than all other natural disasters combined. Sixty percent of all fire-related deaths occur in a home without a functional smoke alarm.

In October 2016, seventeen Ellsworth Air Force Base volunteers from the 28th Civil Engineer Squadron (CES) participated in a Home Fire Preparedness Event in Box Elder, S.D. This event involved a pre-canvassing of 300 low-income homes on a Friday and smoke alarm installations on a Saturday. Because members of the 28th CES were willing to volunteer their time and talent, 101 smoke alarms were installed. We truly believe this project will save lives.

Master Sgt. Tavio Soto, a firefighter assigned to the 28th CES, was instrumental in coordinating the Ellsworth AFB volunteers. When asked why they chose to participate in this project, he stated, "the idea of veterans supporting veterans is part of our military heritage. It is a privilege to be able to assist whenever and wherever we can."

The Home Fire Campaign is a multi-year effort of the Red Cross and local partners, aimed at reducing the number of home fire deaths and injuries. Click here to read more about the project.

Record Heat Coming to Much of U.S.; How to Stay Safe
.type=article.p=1
View All
/content/redcross/en/local/mn-nd-sd/about-us/news-and-events/news/Ellsworth-Air-Force-Base-assists-with-smoke-alarm-installs