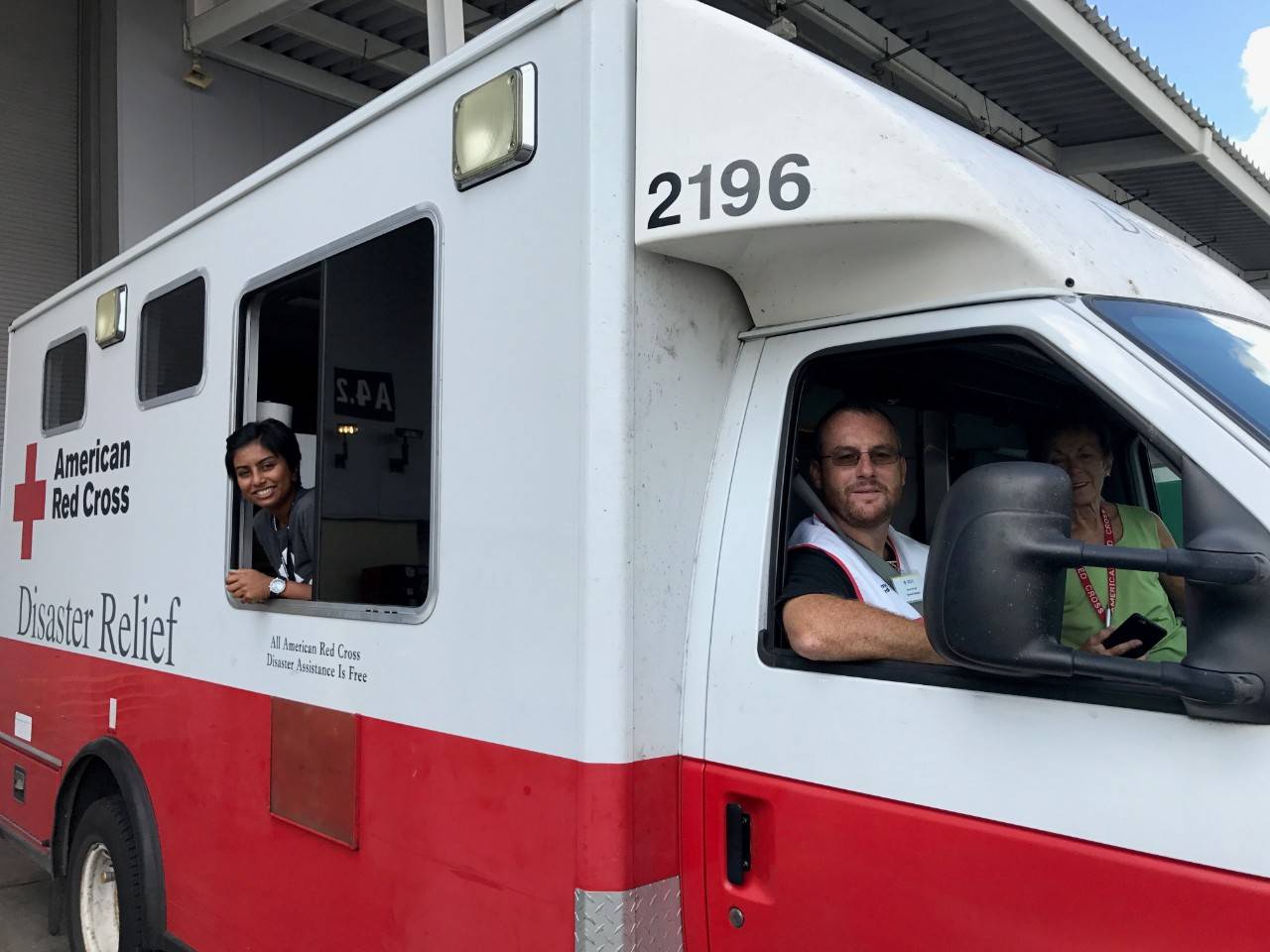 “You could definitely see expressions of gratitude on people’s faces."

When Hurricane Harvey devastated Houston, Texas, Shawn Burgad didn’t sit on the sidelines. He joined thousands of volunteers who took up the effort of helping people who were displaced.

As an American Red Cross volunteer with the Western North Dakota Chapter, Shawn arrived in Houston on Sept. 9, 2017. He was assigned to the Mass Feeding Unit in a makeshift shelter in a large convention center.

“When I arrived about 4,000 folks were there,” Shawn says. “We fed breakfast, lunch and dinner. We always had things to do. We had long days.”

Despite the hard work, he says it was rewarding.

“You could definitely see expressions of gratitude on people’s faces. That was probably the best experience,” Shawn says.

When he wasn’t serving people inside the shelter, he went out at least three days a week in an Emergency Response Vehicle (ERV) to provide food to residents who remained in the neighborhoods.

It was eye opening to see people living in tents or campers in their driveways with everything they had on the curb — their sofas, drywall and carpet.

“You see firsthand how those people were living,” Shawn says. “It was very emotional. The kids and wives would come up to the door. We would get suckers and candy bars for the little kids to see smiles on their faces.”

He says people who received food from the ERV were very appreciative.

Shawn also helped set up many shelters in churches, event centers or abandoned warehouses. He put his background working in warehouses to good use.

“Everybody has a job back home. Everybody took their passions right there to Houston,” he says.

While he didn’t stay in the shelters, Shawn spent enough hours there to know what life was like for people receiving Red Cross services.

“At the shelter, I saw a lot of individuals who were in desperate need, a lot of them had their families there. Their stuff was in boxes. A lot of them didn’t have much in their boxes,” Shawn says.

Many had to rely fully on volunteers and organizations for everything from shelter to food to daily care.

“I saw a lot of people who lost potentially everything, no matter what they had,” Shawn says.

Amid the sadness were some memorable experiences in the shelters.

“We had a gal there that was maybe diabetic or had some sort of special need who could only have a specific cereal. She asked for it two days in a row, but we did not have it,” Shawn says.

The evening of the second day on his way back to the hotel where volunteers were staying, Shawn picked up a box of the cereal for the woman.

“For her, it was knowing that somebody cared a little more about her,” he says.

It was shocking to see the effects of the hurricane firsthand, but Shawn loved his time in Houston.

“For me, I got way more than I felt I put into it,” he says. “Coming home… you just don’t realize all the things you have.”

In the months since Hurricane Harvey, Shawn has returned to Houston several times for work.

“It is interesting for me. I see a different community than before,” he says. “The housing is not all cleaned up, yet, but a lot of the affected areas look a lot better than they did before.”

Hurricane Harvey may have been Shawn’s first Red Cross deployment, but it won’t be his last.

“It’s one of the most rewarding experiences you can probably ever have in your life,” Shawn says. “People come together.”