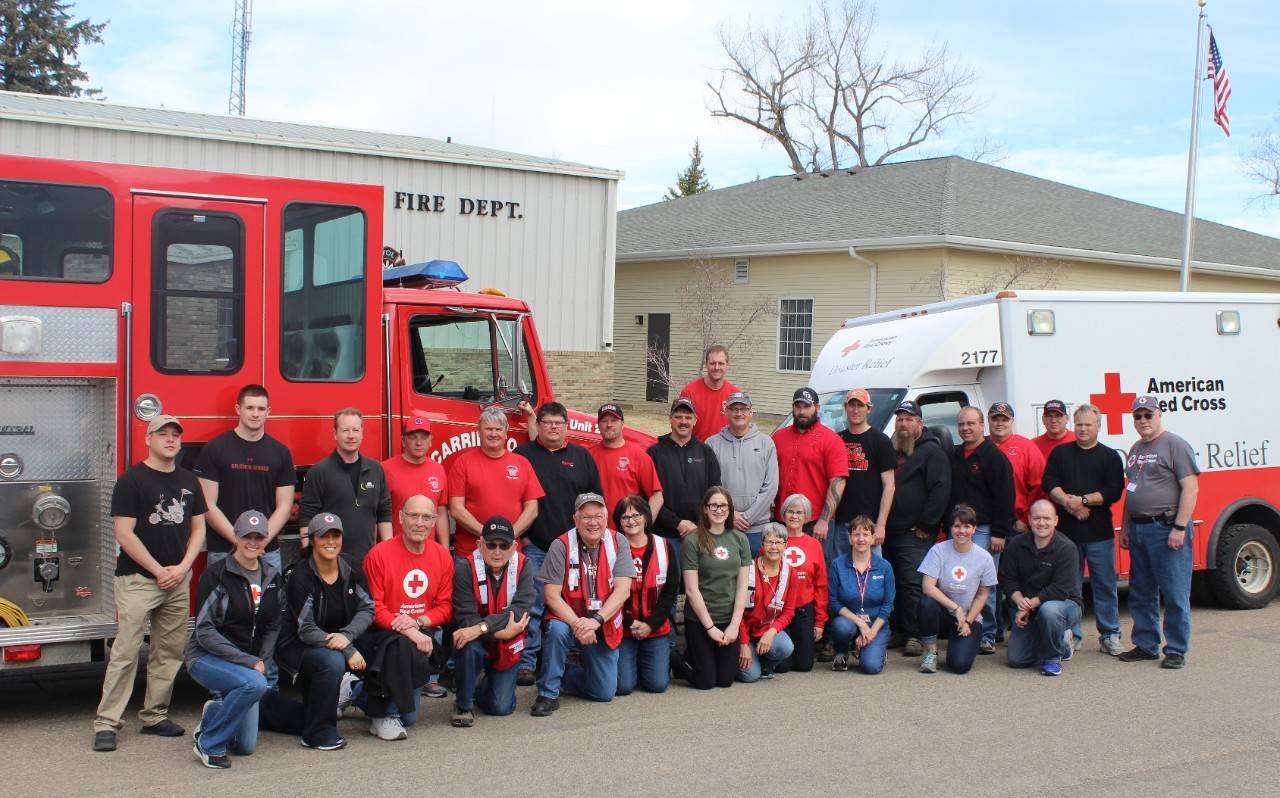 We’ve truly made Carrington a safer and more prepared community.

Heartache and loss linger in the town of Carrington, North Dakota, after a home fire claimed the lives of three young children. Fire and rescue teams, local officials, and the American Red Cross were on scene in the early morning hours of February 25th.

Red Cross volunteers assisted with the immediate needs of the family and the fire and rescue officials. It’s more than food, water and shelter; providing support and a shoulder to cry on are also obligations felt by the Red Cross volunteers.

As the recovery process begins, plans are in the works to make an impact, and hopefully help the community of Carrington start to heal. Exactly six weeks later, the American Red Cross teams up with Carrington Volunteer Fire and Rescue to teach residents about fire safety and prepare them for the possibility of a future emergency or disaster.

The plan to bring the Red Cross Home Fire Campaign to Carrington had been in the works since fall of 2016, but it was set into motion following the tragic fire. Filled with resilience, the volunteer fire department was on board, excited for the chance to make a positive change in their town.

On the morning of April 8th, Carrington Volunteer Fire and Rescue joined forces with Red Cross volunteers from Jamestown, Valley City, Fargo, and Grand Forks. Together, the two organizations distributed and installed more than 200 smoke alarms in nearly 50 single-family homes. Just about 100 Carrington residents were assisted that day, and also received fire safety information, including topics to discuss with family members and how to create an emergency escape plan.

Many homes had expired or non-working smoke alarms, while others didn’t have any at all. These residents are now better prepared in case of an emergency, and educated on the importance of home fire safety.

Working smoke alarms in a home cut the risk of death by half, and having an escape plan further improves the odds of survival. Since 2014, the Red Cross Home Fire Campaign has saved at least 215 lives across the United States. In the Dakotas Region, Red Cross volunteers have installed more than 8,500 free smoke alarms, helped create more than 2,300 evacuation plans, replaced nearly 1,000 smoke alarm batteries, and visited more than 3,200 homes in 45 towns and cities.

The Red Cross is asking that every household in America take two simple steps that can help to save lives from home fires: practice fire drills at home and check smoke alarms monthly. Every household should create a fire escape plan and practice it until everyone can escape in less than two minutes. Place smoke alarms on every level of your home, including inside and outside bedrooms.

If you or someone you know needs smoke alarms, go to getasmokealarm.org to request free installation. Visit redcross.org/northdakota for more information about how you can help the community by volunteering your time or giving financial contributions to the American Red Cross.