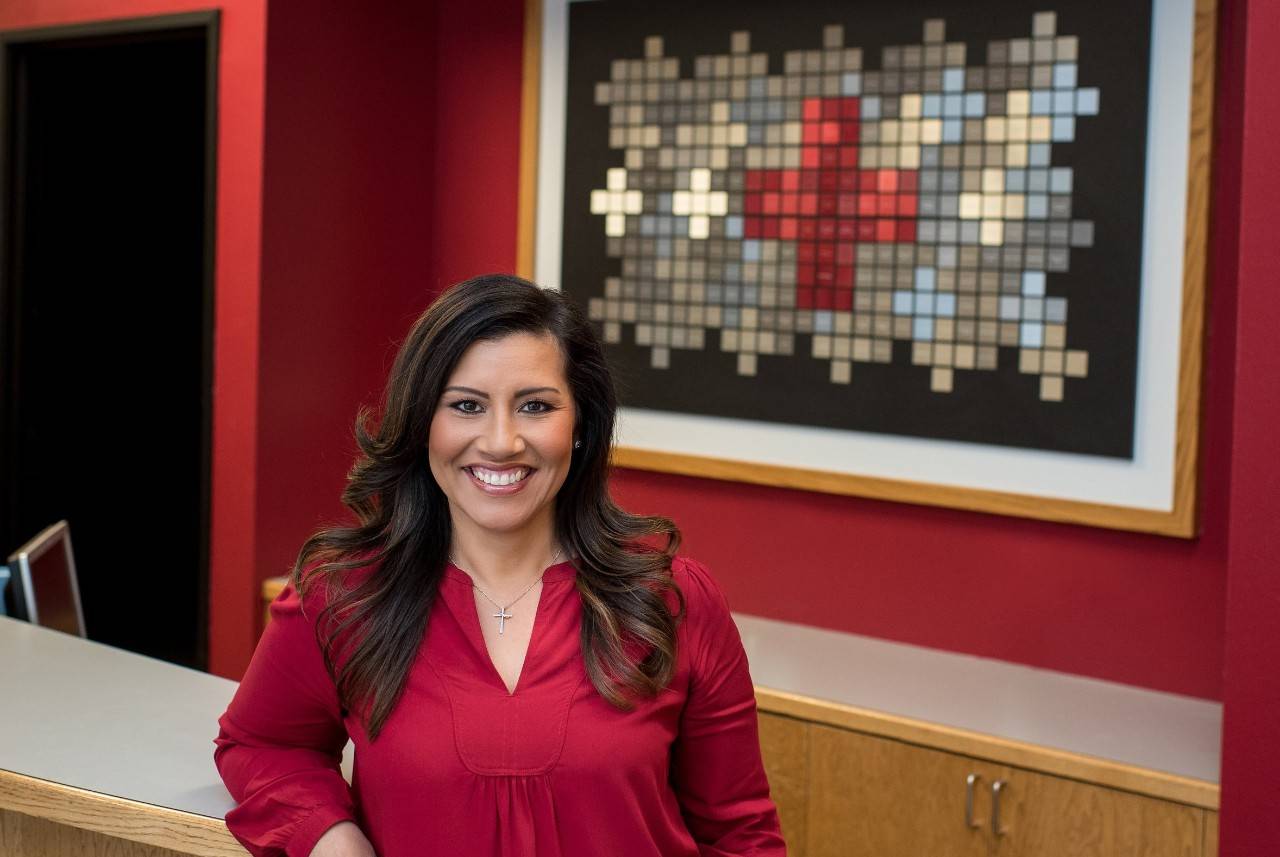 This Hispanic Heritage Month, we are highlighting Hispanic men and women who play a pivotal role in helping the American Red Cross accomplish its humanitarian mission every day.

Katie Webster is the Regional Disaster Officer for the Dakotas Region of the American Red Cross. She oversees Disaster Cycle Services and manages a team of Disaster Program Managers and volunteers throughout North Dakota, South Dakota and Northwestern Minnesota who respond to disasters locally, regionally and nationally.

Webster is the first female to hold the Regional Disaster Officer position in the Dakotas Region and is the first Hispanic female to hold the position. She is also proud to be part of the Red Cross Latino Engagement Team, which was developed to specifically support Hispanic communities impacted by disaster throughout the nation. These teams feature members who speak Spanish and are culturally competent in working with communities to help build trust, gain access for service delivery and facilitate community action to ensure the Red Cross provides services to all in need.

Webster was part of the Hurricane Harvey Disaster Operation in 2017 as the Acting Director of Recovery, and most recently was the Job Director overseeing the flood relief and recovery efforts in the Dakotas Region in both the spring and fall of 2019.

Webster is a Veteran of War who deployed to Kuwait, Ali Al Salem after 9/11 in support of Operation Enduring Freedom. She is a Texas native, but moved to Bismarck, North Dakota at a young age and claims Bismarck as home. She attended St. Mary’s Central High School and completed her degree at Concordia College in Minnesota. Webster resides in West Fargo and is married with 3 boys.

Get Ready for Another Busy Hurricane Season; Become a Volunteer
.type=article.p=1
View All
/content/redcross/en/local/mn-nd-sd/about-us/news-and-events/news/hispanic-heritage-month--meet-katie-webster