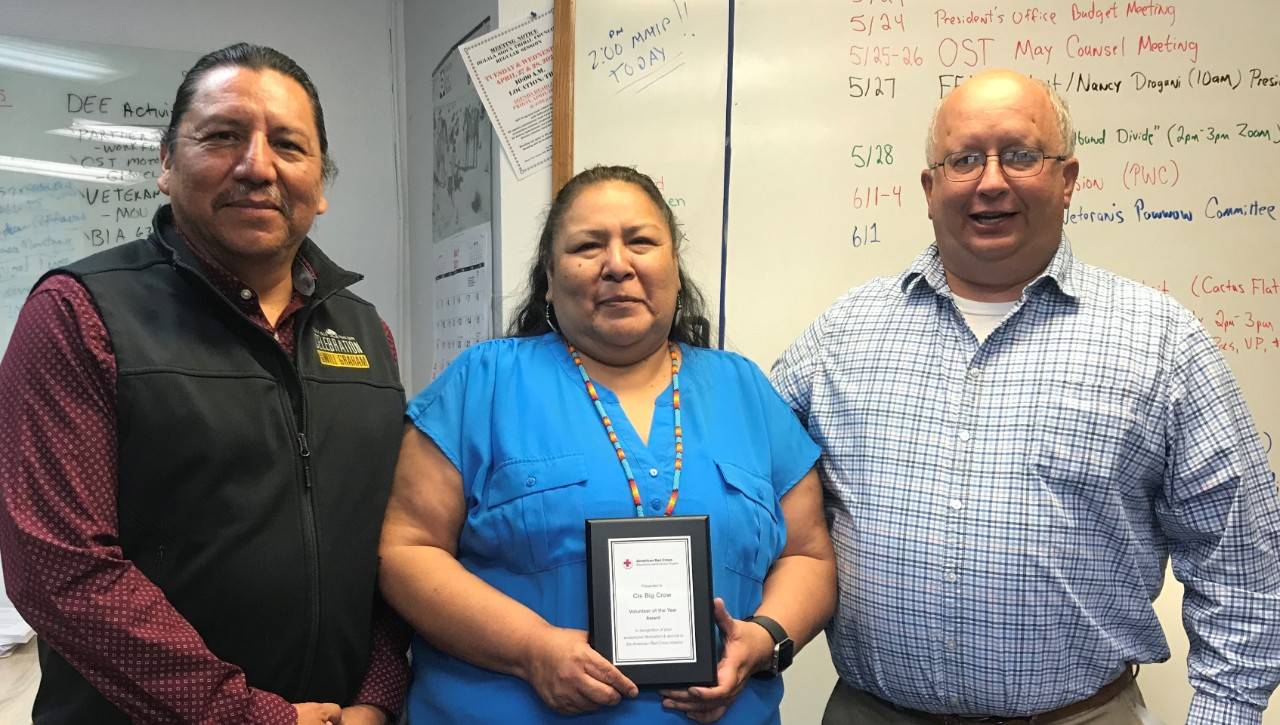 Cis Big Crow of the Oglala Sioux Tribe is the 2021 Volunteer of the Year for the American Red Cross serving Central and Western South Dakota.

“Cis has been an exceptional volunteer,” said Richard Smith, executive director of the American Red Cross serving Central and Western South Dakota. “Cis is always positive and upbeat, even in difficult situations. Her guidance in working with the Oglala Sioux people and the Tribal council is invaluable.”

During the past twenty-plus years, Big Crow has become an essential disaster action team member for the Red Cross in South Dakota, responding to more than 300 local disasters. She has filled a variety of roles during Red Cross disaster responses, such as setting up temporary shelters, preparing meals for people and finding temporary housing for them.

Volunteering comes naturally to Big Crow. “I guess volunteering just grew on me. And I didn't realize how many years I was with the Red Cross,” she said.

Since 1999, when a deadly tornado struck the Pine Ridge Reservation, Big Crow has been a Red Cross volunteer assisting reservation residents affected by tornados, storms, floods and other natural disasters. She has helped Tribal members reach critical aid, assisting them with filling out emergency forms and connecting them with housing, food and other types of disaster relief.

Big Crow works in the Oglala Sioux President’s Office, which previously was the place people called when there was an emergency on the reservation, such as a house fire. The Tribe now has a dedicated emergency management team, she says. But Big Crow is still the point person people call when they need help when disasters happen. She ensures they get in touch with Tribal emergency management and the Red Cross.

Big Crow has no plans to stop. Asked what keeps her going, Big Crow said she finds joy in assisting people in need. “You're out there to help people,” she said.