Personal Trauma Compels Blood Donor to Give Back 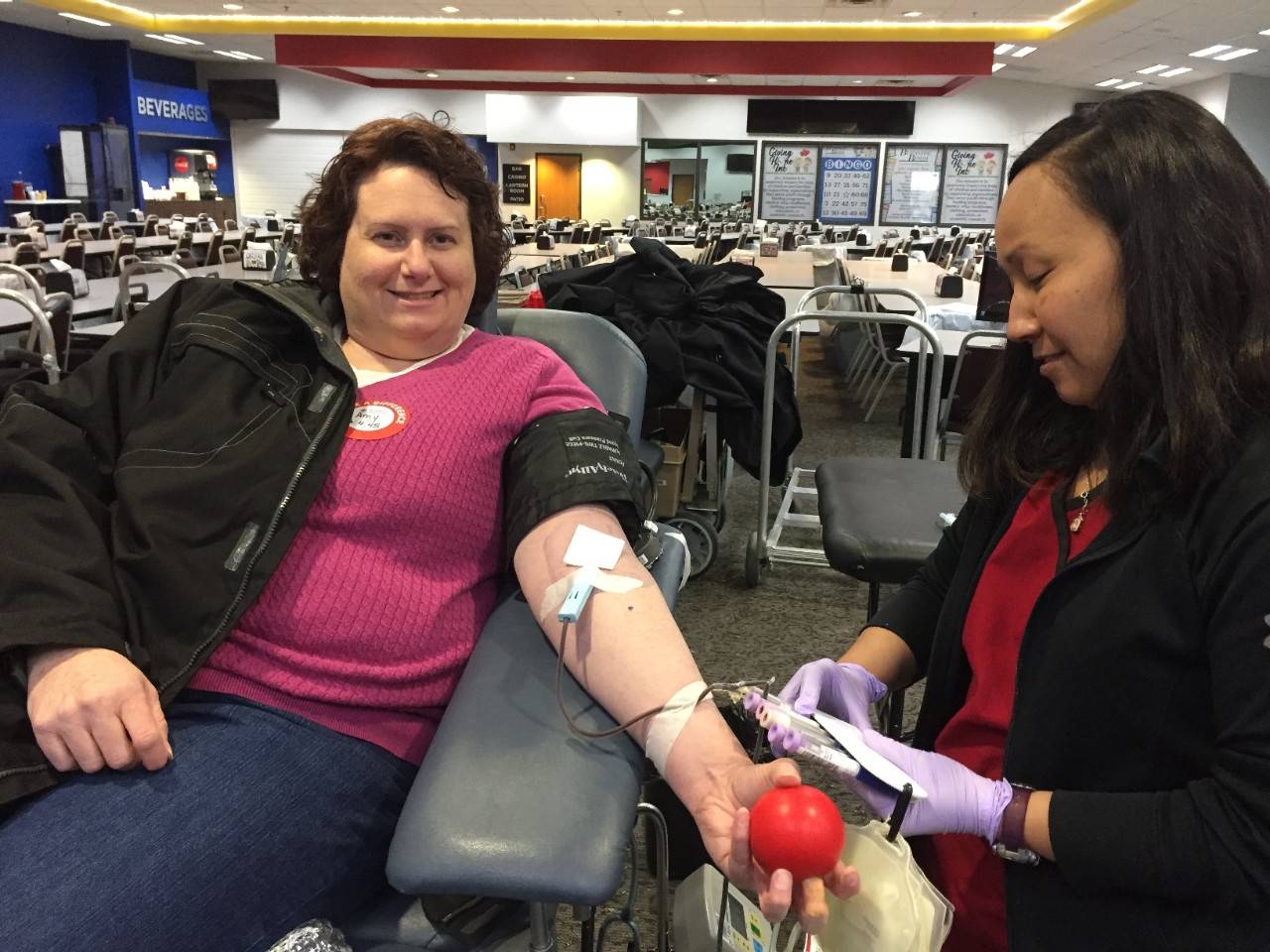 "Finally, I was able to give back just like that selfless blood donor did for me when I needed it most."

I never really understood the importance of donating blood until I was the one needing it.

In 2010, a pulmonary embolism nearly cost me my life. I recovered with the help of strong blood thinning medication, which ironically, would later threaten my life.

Those medications caused my blood to become too thin and I required a transfusion of two units of blood and one of plasma to replenish my supply.

As I lay in the Intensive Care Unit too weak to move watching someone else’s O- blood flowing into my arm, I realized what an important gift it was. Later I learned I can only receive O- blood. No other type will work.

I decided that day I would become a donor. I didn’t realize at the time what a challenge that would be.

My first attempt at donating blood was a couple years after my transfusion. It was unsuccessful because the phlebotomist could not pin down my uncooperative veins. That continued to be the outcome on many subsequent attempts so, frustrated, I stopped trying.

One of my first experiences was volunteering at a blood drive. Again, I felt a responsibility to donate blood just like that stranger had when I needed it most.

I had also learned that O- blood is always in need because it can be given to almost anyone else, no matter their blood type.

I tucked my anxiety away and signed up for a blood donation. While the phlebotomist was preparing for the donation, I told him about my other unsuccessful experiences. Undaunted, he said, “oh we’re going to get blood today.”

Finally, I was able to give back just like that selfless blood donor did for me when I needed it most.

Kudos to the men and women trained to collect blood from donors like me because since I became a donor, only once have I been unable to donate.

I’m telling my story to encourage others to donate because you never know when you’re going to be the one on the receiving end.

As for me, I’m going to continue to donate blood because I can be certain that my donation will matter to someone.

And maybe, that someone, will become a blood donor.

Giving Tuesday: Give Something that Means Something for People in Need
.type=article.p=1
View All
/content/redcross/en/local/mn-nd-sd/about-us/news-and-events/news/personal-trauma-compels-blood-donor-to-give