The American Red Cross of Northeastern New York is pleased to announce that Tracy L. Metzger, President of TL Metzger & Associates, and Richard P. Sleasman, President/Managing Director of CBRE-Albany, will serve as honorary co-chairs for the 22nd Annual Fire + Ice Gala on April 25, 2020.

“The Fire + Ice Gala is the Red Cross’ signature event in the Capital Region,” said Gary Striar, CEO for the American Red Cross of Northeastern New York. “It gets bigger and better every year, and 2020 is sure to be one of our best years ever as we honor Tracy Metzger and Rich Sleasman for the many ways in which they have helped to advance the Red Cross mission in our community.”

Tracy L. Metzger has been active in commercial real estate in the Capital Region for more than 30 years. Tracy opened her own brokerage and consulting business in 2000 and has consistently been ranked as one of the top commercial brokerage firms in the region. As Principle Broker, Tracy has successfully negotiated hundreds of commercial transactions on behalf of her clients.

In 2015, Tracy opened the region’s first coworking space, the Beahive, in downtown Albany and assisted others with opening in Troy and Saratoga.

Tracy received her paralegal degree from Mount Ida College and a Bachelor of Arts degree at the State University at Albany. She is a licensed real estate broker and has received the designation of Real Property Administrator (RPA) from the BOMA Institute. Tracy has received a number of awards including 40 Under 40 (2000) and Women Who Mean Business (2014) from the Albany Business Review; Women of Excellence (2003) and Small Business of the Year (2008) from the Capital Region Chamber; and the James M. Dinapoli Spirit Award (2013) from the Downtown Albany Business Improvement District.

Tracy is very active in the community, serving as Chair of the Board for the City of Albany IDA and City of Albany Capital Resource Commission, and as a board member for the Downtown Albany Business Improvement District. In addition to her board service, Tracy is a member of the Capital Region Chamber, the Commercial & Industrial Real Estate Board, GCAR, and the NYS Association of Realtors.

Richard P. Sleasman began his career with CBRE-Albany in 1984 as an industrial broker. During his career in transactional brokerage, Richard completed deals totaling in excess of 9 million SF. He was appointed a Vice President/Principal of the firm in 1999 and Executive Vice President in 2007. In 2011, the firm conducted a management restructure and Richard was named to his current position. He expanded the firm’s line of services in property management as well in 2011.

Richard has a long history of leadership within the industry, having served on the board and as president of the Commercial and Industrial Real Estate Brokers, Inc. (CIREB). He has served as Upstate NY chapter president as well as chairing several national committees and councils for the Society of Industrial and Office Realtors (SIOR) including serving two terms on its board of directors.

Richard is active in local leadership roles in the Capital Region, serving as Chair of the Capital Region Chamber Board of Directors (2019) and on the board of the Center for Economic Growth (CEG). He is a longtime Red Cross supporter and board member, who served from 2012-2015 as Board Chair for the American Red Cross of Northeastern New York. He is active in the community and has also served as board chair for several other regional non-profits including Colonie Youth Center, Senior Services of Albany and the Salvation Army.

“Rich and Tracy are two deeply community-minded leaders who have done a great deal throughout their distinguished careers to directly serve and strengthen our region,” added Striar. “We are very fortunate to have them as Red Cross friends and supporters, and we look forward to celebrating their local impact at the 2020 Fire + Ice Gala.”

The 22nd Annual Fire + Ice Gala will be held at Albany Capital Center on Saturday, April 25. Guests will enjoy gourmet cuisine and open bar, live music from The Refrigerators, spirited live and silent auctions, and the return of the Frank Adams Jewelers “Ice Bar”. NewsChannel 13 anchor Benita Zahn will serve as Master of Ceremonies for this black/red-tie affair. Gold event sponsors include KeyBank, Price Chopper/Market 32, and Tri City Rentals. 100% of proceeds from the Fire + Ice Gala support local Red Cross programs and services. 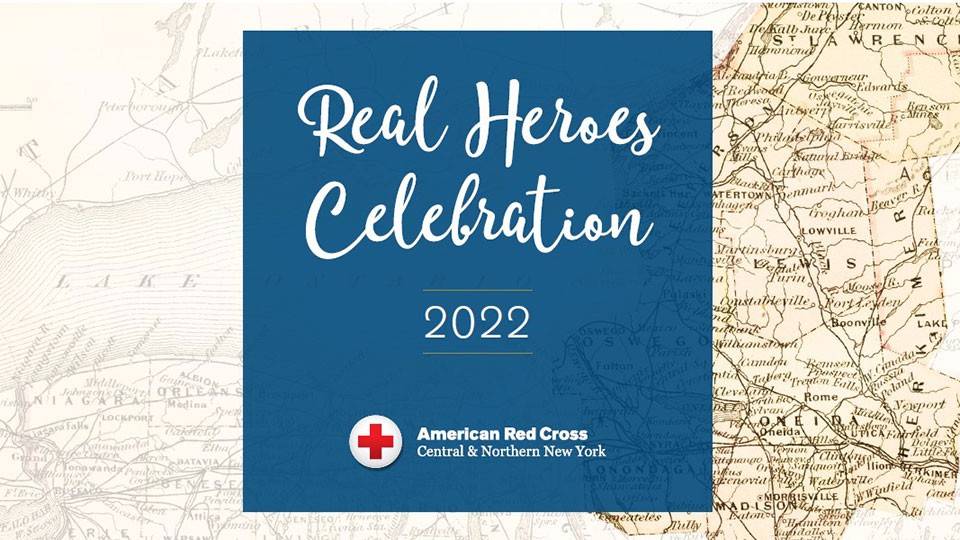 Please join us as we pay tribute to those individuals who have demonstrated these ideals through their actions of life-saving acts of heroism, courage, kindness, and selfless character.

Join us at the Albany Capital Center on March 31, 2023 for the 2023 Fire & Ice Gala and support the lifesaving mission of the American Red Cross in your community.