Jane Gendron, Executive Director of the American Red Cross North Country Chapter, has announced that she will retire from the Red Cross effective December 31, 2019. This will mark the end of a lengthy career of service for Gendron. She served as Executive Director of the Thousand Islands Girl Scouts Council for more than 14 years before joining the Red Cross, where she has spent the last 7½ years of her career. 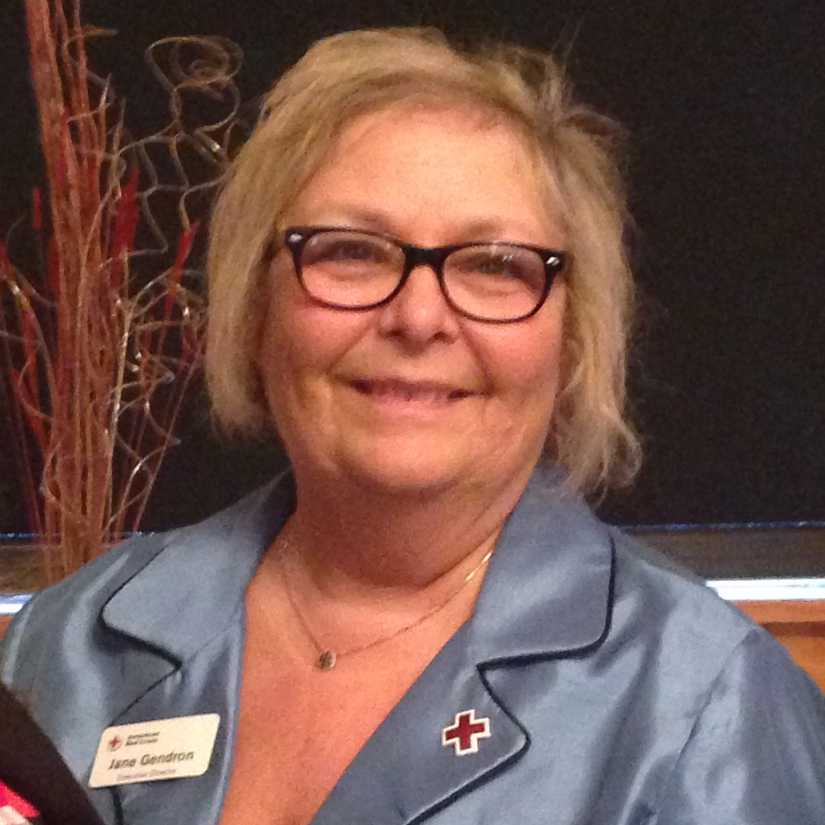 “I have loved working for the Red Cross and leading a local chapter to deliver help and hope to people across the North Country. It has been an honor to work with so many wonderful colleagues, volunteers, and supporters over the years. It won’t be easy to say goodbye, but I am comforted in knowing that there are hundreds of local Red Crossers who will continue to carry out our lifesaving mission, as they have for well over 100 years.”

In her role as Executive Director, Gendron has led Red Cross preparedness, response and recovery efforts across seven counties, serving a population of more than 400,000 people. She has seen the Red Cross through several significant disaster responses during her tenure, including multiple floods in the Plattsburgh area. Following a tragic fire last year in Watertown, Gendron was instrumental in bringing fire safety resources – including more than 1,000 free smoke alarms – to local families in need.

Drawing on her strong community ties, Gendron has successfully advanced a wide array of local Red Cross programs, from blood collection to health and safety training to support for veterans and military families, and more. In addition to her vital work in the North Country, Gendron has also supported several national disaster relief operations. In 2016, she was deployed to manage a disaster support call center based in Canada, processing thousands of requests for assistance from flood victims in Louisiana. She also responded to Hurricane Harvey (Texas) in 2017 and Hurricane Florence (North Carolina) in 2018.

“The news of Jane’s retirement brings a mix of sorrow and joy. Although we will be sad to lose such a fine and dedicated executive director, we are gladdened at the prospect that she can now relax and enjoy the fruits of her tireless labor.”

A retirement celebration in Gendron’s honor will be held on Friday, November 15 from 5:00 to 10:00 P.M. at Sackets Harbor Ballroom, 103 W. Main Street, Sackets Harbor, NY. All who have worked with Gendron through the years are invited to drop in to thank her for her many years of service in the North Country. To RSVP, please call the American Red Cross North Country Chapter’s Watertown office at (315) 782-4410.

Thank You for Your Support
.type=article.p=1
View All
/content/redcross/en/local/new-york/eastern-new-york/about-us/news-and-events/news/jane-gendron-announces-retirement