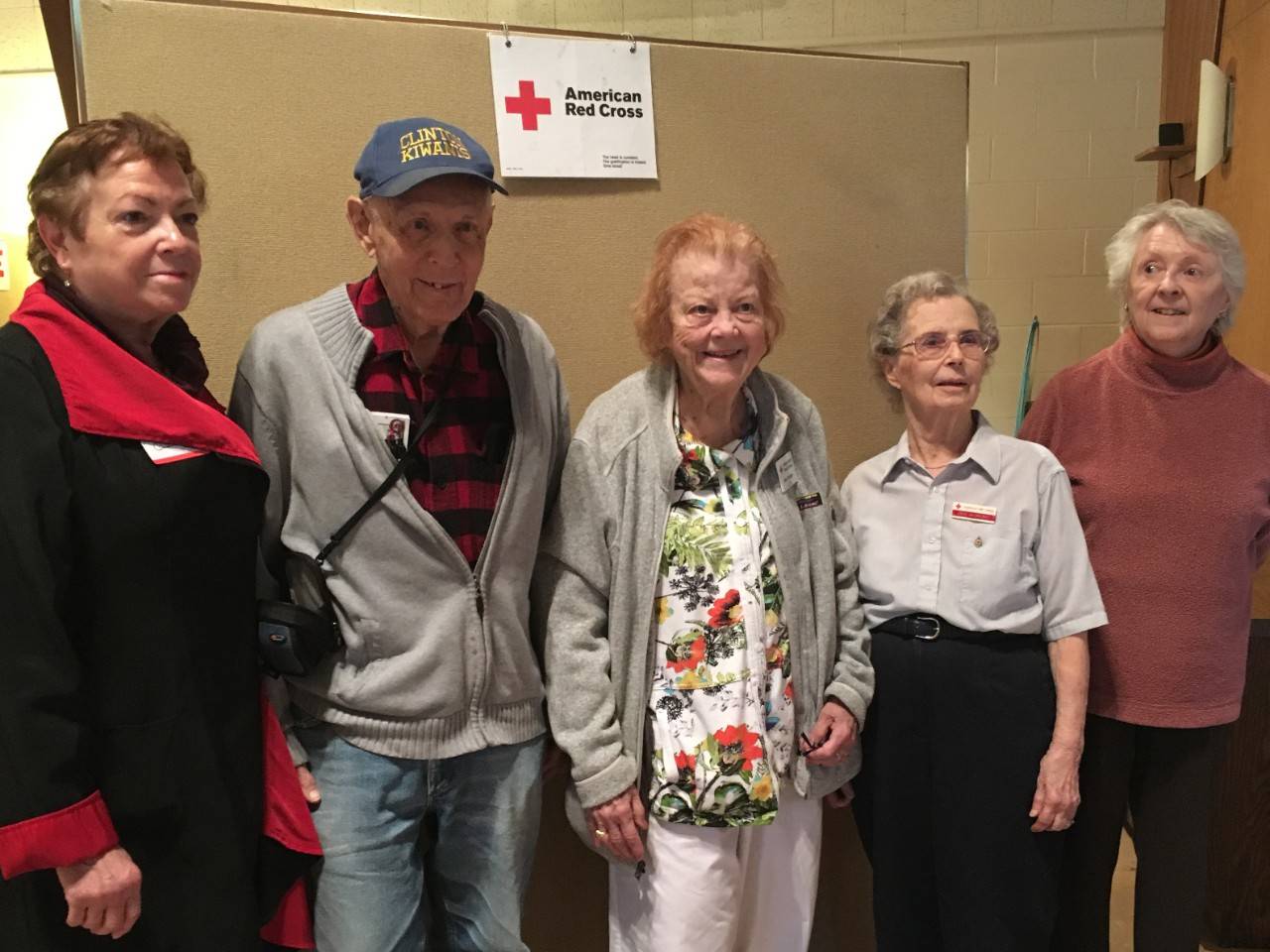 During a blood drive at the United Methodist Church in Clinton, New York earlier this month, the American Red Cross had the privilege of honoring a special group of Clinton residents who have dedicated thousands of hours to helping save lives.

The Kirkland Blood Committee has organized hundreds of local blood drives over the last 50 years, but their beginnings trace back even further. In 1946, the committee's founder, Bill Rudge, was a high school student who went to donate blood at a local drive. Because he was only 16 years old and did not have written approval from his parents, he was unable to donate that day -- a disappointment he would not quickly forget.

Eight years later, Bill was serving in the U.S. Army, stationed in Germany as a corporal. During this time, he saw countless service members seriously injured and in need of blood transfusions. When he eventually returned to his hometown of Clinton, NY, he was more committed than ever to helping save lives with donated blood.

"My passion for doing blood drives comes from my life's experiences. Having seen so much suffering during the war and in my community, how could I not step up and do the right thing?"

In 1969, Bill and his wife Beverly founded the Kirkland Blood Committee. Bill and Beverly, together with committee members Karen Ostinett, Elinor Sorensen and Jean Wainwright, began organizing blood drives throughout the Clinton community. They recruited donors; made their own t-shirts, signs and flyers; and collected donated food from local vendors to serve to blood donors.

Every 56 days, you could count on a blood drive happening in Clinton, thanks to the Kirkland Blood Committee. They made each drive special, an event the whole community enjoyed. From 1969 to 2019, the committee -- led by Bill -- organized up to six blood drives a year, resulting in approximately 45,000 units of lifesaving blood collected.

Bill himself became a dedicated blood donor, giving just one pint shy of 25 gallons over the span of 64 years.

At a recent blood drive at Clinton United Methodist Church, all five members of the Kirkland Blood Committee were celebrated by the American Red Cross, and received certificates of recognition signed by New York Governor Andrew M. Cuomo. Community organizations that supported the committee's efforts through the years were also recognized for their lifesaving impact.

"New York State is fortunate to have outstanding humanitarian organizations like the American Red Cross and the Kirkland Blood Committee, which provide critical, compassionate assistance to those in need during times of emergency and natural disaster. The people of the Empire State are proud to join in celebrating the 50th anniversary this year."

The American Red Cross is extremely grateful for the countless volunteer hours the Kirkland Blood Committee, led by Bill Rudge, has given to help save lives. Simply put, without volunteers like Bill and his team, the organizations that support them, and the blood donors who respond to the call, the Red Cross would not be able to fulfill its lifesaving mission.

Simply download the American Red Cross Blood Donor App, visit RedCrossBlood.org or call 1-800-RED CROSS (1-800-733-2767) to make an appointment or for more information. All blood types are needed to ensure a reliable supply for patients. A blood donor card or driver’s license or two other forms of identification are required at check-in. Individuals who are 17 years of age in most states (16 with parental consent where allowed by state law), weigh at least 110 pounds and are in generally good health may be eligible to donate blood. High school students and other donors 18 years of age and younger also have to meet certain height and weight requirements.

Thank You for Your Support
.type=article.p=1
View All
/content/redcross/en/local/new-york/eastern-new-york/about-us/news-and-events/news/kirkland-blood-committee-honored