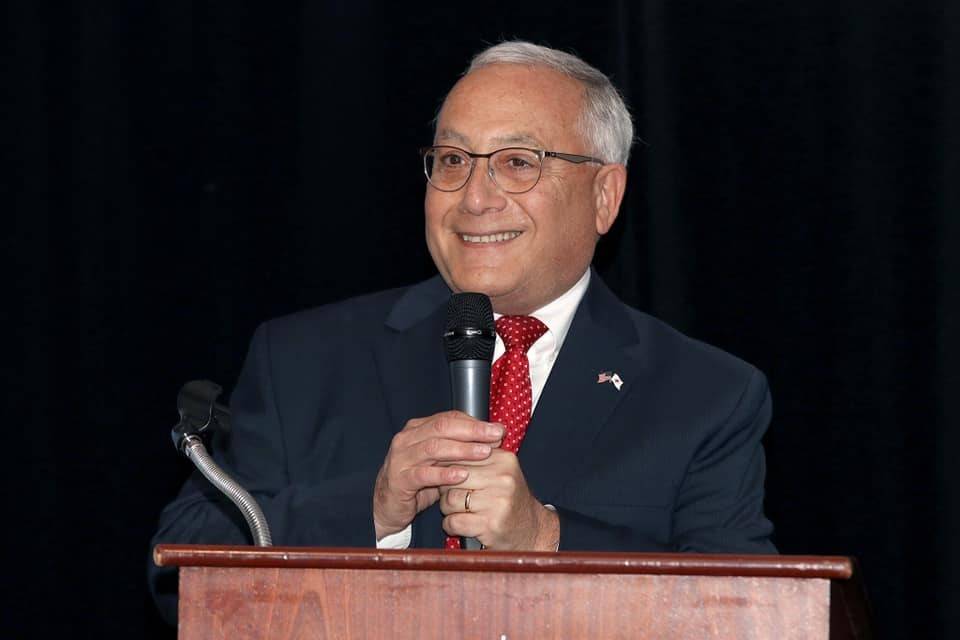 Gary Striar, Chief Executive Officer for the American Red Cross Eastern New York Region, has announced his plans to retire from the Red Cross. After more than 22 years of service, Striar is set to step down on June 30, 2020.

Striar got his start with the organization in 1997, serving as State Relations Director for the American Red Cross in New York State. In June of 2006, he was named Chief Executive Officer for the American Red Cross of Northeastern New York, overseeing a Red Cross chapter which, at the time, served eight counties in the Capital Region. Over the last 13+ years, Striar has led the Red Cross through several structural changes, resulting in the current Eastern New York Region which today serves more than 2.5 million people across 24 counties.

“It has been an incredible honor to be a part of the American Red Cross for more than two decades, and to lead the organization locally for the last 13 and a half years. I feel extremely lucky to have worked with so many wonderful employees, volunteers and supporters over the years to deliver critical Red Cross services to thousands of people in need. It won’t be easy to stop doing a job that I love so much, but I know that there are hundreds of local Red Crossers who will continue to carry out our lifesaving mission every day, as they have for more than 100 years.”

The Red Cross has responded to numerous disasters under Striar’s leadership, including Superstorm Sandy, Hurricanes Irene and Lee, the 2008 ice storm, and several major floods. In addition to these large-scale responses, the Red Cross is called to more than 400 local home fires each year and provides immediate financial assistance and emotional support to families in need. During Striar’s tenure as CEO, the local Red Cross has significantly enhanced its volunteer base and disaster response capacity, strengthened community partnerships throughout the region, vastly increased local services for veterans and military families, prepared thousands of people for emergencies, and launched a major home fire safety effort which has resulted in more than 25,000 free smoke alarms installed since the program’s start in 2014.

Striar has also overseen significant changes in the Red Cross during his time as CEO. In recent years, the organization has transformed its operations across the nation to increase mission delivery, ensure efficient use of resources, and keep up with a growing demand for Red Cross services. Striar has led this transformation locally, resulting in a stronger Red Cross that makes excellent use of donated dollars to meet the needs of communities across Eastern New York.

“I have had the pleasure of serving on numerous boards and committees over the past two decades and have always been drawn in by the same common elements: focused mission and great people. Gary has been an absolute gem to our region and has taken our local Red Cross to a pinnacle that stands out nationally across the organization. His commitment, passion and instincts have served the region for over 20 years and he has set a high bar for all to follow. He will certainly be missed but cannot be forgotten.”

“Gary leaves a remarkable legacy at the American Red Cross. As a mission-focused leader, Gary has prioritized urgent, empathetic care to our neighbors in need in their most difficult moments. In his tenure, Gary has wholeheartedly lived the mission. He has rushed to the scene of countless disasters to support Red Cross teams of volunteers and staff in providing care and comfort to survivors of fires, floods, and hurricanes. Gary has also elevated public recognition of our lifesaving work through his impassioned advocacy of the Red Cross mission in media appearances, public forums, and meetings with partner organizations. Gary has embraced his leadership role as a platform to help alleviate suffering and save lives in Eastern New York, and earned a special place in the hearts of volunteers, employees and supporters of the American Red Cross not just in Eastern New York but across the nation.”

Prior to joining the Red Cross, Striar worked for the State of New York and served in the administration of Governor Mario Cuomo. In 2014, he was honored as a Distinguished Alumnus in Public Administration and Policy by the Rockefeller College in Albany, NY. In addition to his work with the Red Cross, Striar serves as a member of the Rockefeller College Advisory Board.