Your donation powers the Red Cross response to an average of more than 60,000 disasters every year nationwide, providing shelter, food, emotional support and other necessities to those affected. By making a charitable donation to the Red Cross, you are there for millions of people who face emergencies every year and help as they rebuild their lives.

If you’re passionate about helping people and looking for a volunteer opportunity with a visionary humanitarian organization, you can make a difference with the American Red Cross of Atlanta.  Adults and teenagers (aged 15-17) are encouraged to apply and engage in meaningful opportunities for education, training and community service.

Host a charity stream by playing your favorite video games while raising life-saving funds to help those in need. You can also fundraise your own way by energizing your community through celebrating a special occasion or being creative to help to those in need. Click a button below to get started!

Leadership and Board Members 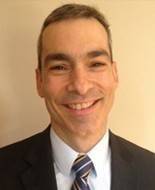 Jorge Martinez currently serves as the Interim Chief Executive Officer of the American Red Cross Greater Pennsylvania Region. Appointed in September 2022 to this dual role, Jorge also holds the title of Interim Executive Director of the Southwestern Pennsylvania Chapter, the headquarters of the 61-county and 8-chapter region.

Jorge comes to the Greater Pennsylvania Region from the Northern Ohio Region of the American Red Cross, where he has been the Chief Operating Officer since 2017.

Prior to joining the Red Cross, Jorge retired as a commander in the United States Coast Guard. During his 23 years of military service, he led over 3,000 Auxiliary volunteers; served as part of the United Nations Peace Keeping Force in Haiti; supported missions throughout the Great Lakes Region; and directed the rescue of over 1,000 people in distress on the high seas.

Jorge holds a B.S. in Mathematics from the United States Coast Guard Academy and an M.S. in Civil Engineering from the Worcester Polytechnic Institute.

As Interim CEO and Executive Director, Jorge will oversee and direct Disaster Response, Service to the Armed Forces, Volunteer Recruitment, Fundraising and the day-to-day operations as the Executive Search Committee works to identify a permanent successor of the now retired, Patricia Waldinger.