The American Red Cross South Central Pennsylvania Chapter honored local heroes during an award breakfast at the Wyndham Garden in York on Thursday, November 15. FOX-43 news anchor Evan Forrester was the emcee for the event, which was attended by roughly 300 people and included a breakfast and award ceremony.

Award recipients to include:

Hero Award – Aquatics (video)
Arwin Burgos – Arwin was working at TownePlace Suites by Marriott in Springettsbury Township when he was summoned by guests to the pool area on February 16. He arrived to find an unresponsive three-year-old girl who had been pulled from the water after falling in while playing with her siblings. Quickly springing into action, Arwin managed to revive the child using CPR before first responders arrived on scene.

Hero Award – Adult Good Samaritan (video)
Ethan Fry, Daniel Donnan and Richard Smith – On February 27, a driver suffering a medical emergency lost control of his vehicle, causing it to crash and catch fire in Loganville. As first responders rushed to the scene, Ethan Fry, Daniel Donnan, and Richard Smith – without regard for their own safety – managed to free the trapped driver from the car. Their heroic action helped to save the driver from further injury or even death.

Hero Award – Youth Good Samaritan (video)
Rhiannon Lubaszewski – Northeastern School District student Rhiannon Lubaszewiski is an extremely active young woman in her community who plays softball, skis, does baton twirling, and participates in local pageants. This past year she was struck that there were no special needs girls represented in the pageants in which she participates. Seeking to give all young girls the chance to shine on stage, she worked to create the Miss York County Star Special Needs Pageant, open to special needs girls ages five to twenty-one in her community.

Hero Award – Law Enforcement (video)
Robert Miller – York Area Regional Police Officer Robert Miller responded to a call for a man who collapsed while mowing his lawn on June 8. Officer Miller arrived at the house to find a neighbor administering CPR to the man who – as it turns out – had suffered a heart attack. Taking control of the situation, Officer Miller applied an AED and alternated between the AED and CPR until paramedics arrived on scene, helping to save the man’s life.

Hero Award – Community Impact (video)
Kenneth Althoff – Adams County has a true local hero in Kenneth Althoff, a volunteer with The Gleaning Project of South Central Pennsylvania. Since 2013, Kenneth has volunteered over 1,000 hours to the project, which works to restock the shelves of low-income families and seniors in the community – helping to ensure that everyone has enough to eat. On evenings and weekends, Kenneth can be found harvesting fresh produce from local farms. On weekdays, he serves as the manager of the Project’s produce stand located at South Central Community Action Programs, Inc.

Hero Award – Firefighter (video)
Zachary Anthony and Ivan Flanscha (posthumously) – City of York firefighters Zachary Anthony and Ivan Flanscha were battling a three-alarm blaze at the former Weaver Piano & Organ Company building on North Broad Street when a wall of the building collapsed, bringing four-stories of debris down upon them. Zachary and Ivan, along with two additional firefighters, were pulled from the building and rushed to the local hospital. Unfortunately, Zachary and Ivan did not survive. Both of these heroic men were role models in our community – dedicating their lives to their families, their work, and the people they served.

Community Award – Community Leadership (video)
York Fire Chief David Michaels – Members of the City of York Fire Department of Fire/Rescue Services were working the scene of a structure fire at the former Weaver Piano & Organ Company building on North Broad Street when a wall of the building collapsed without warning trapping four firefighters inside on March 22. Chief David Michaels remained on scene in the collapse zone with first responders during the attempt to extricate the trapped firefighters. Unfortunately, two of the men did not survive. Chief Michael’s leadership during the dark and emotional days and weeks that followed helped the department to recover from their tragic loss as they continued their commitment to providing professional service to the people of York. 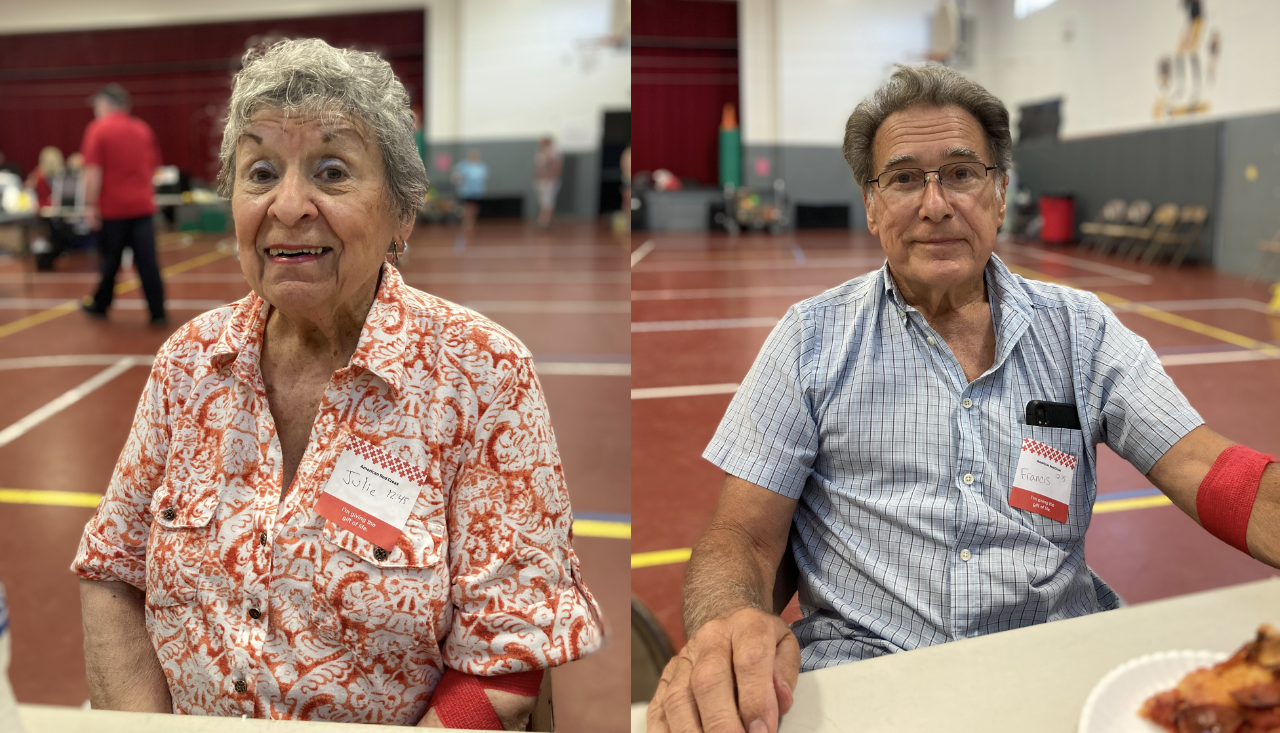 "It's Time To Do Some Good": Longtime American Red Cross Blood Donors Give With Meaning
Written by Nicole Roschella
.type=article.p=1
View All
/content/redcross/en/local/pennsylvania/greater-pennsylvania/about-us/news-and-events/news/scpa-hero---nov-2018