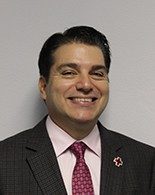 Jacques DuBose is a a veteran, businessman, community leader and longtime Hill Country resident. He has been a board member or volunteer leader for a variety of civic and charitable causes, including six years of service on the Boerne City Council and many years on the Greater Boerne Chamber of Commerce. He developed his passion for public service and volunteerism during is Naval career, during which he held various volunteer leadership roles with charitable organizations serving the military and civilian communities. Jacques joined the Red Cross as Hill Country Executive Director in the summer of 2013, and he looks forward to continuing the organization's amazing work as the best small town chapter in the nation.

Find us on Linkedin