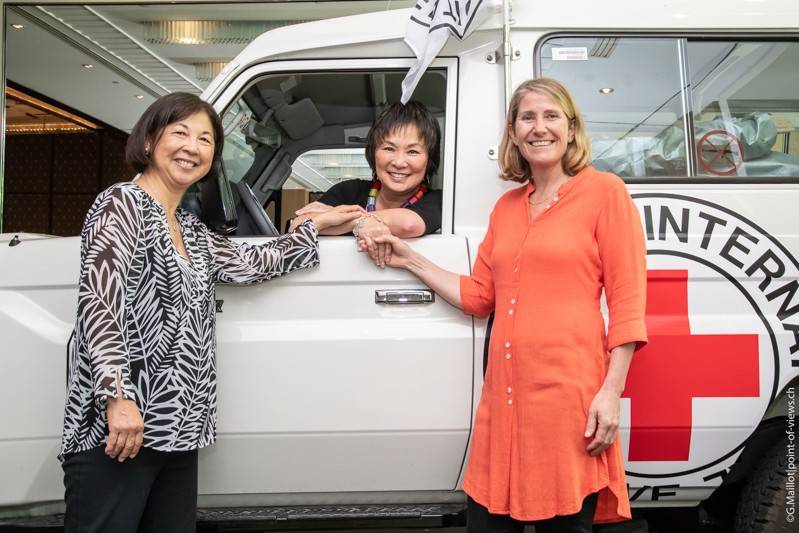 "Every time there was a typhoon, an earthquake, or anything major happening anywhere in the region, whether it was Taiwan or Indonesia or wherever, you would always hear: 'The Red Cross was there.'

"And as a kid, I really didn't understand much about disaster operations, but I knew that the Red Cross was the organization that helped people when people needed it the most."

Josie Tong (pictured above, center) became a donor in the early 1980s and started volunteering for the American Red Cross in 2008. She has been on the Board of the Los Angeles Region since 2018. She says that an outing to visit a nuclear submarine in San Diego with other Tiffany Circle members inspired her to join this community of philanthropic women leaders in 2014.

"This group of women come from all kinds of backgrounds, with all kinds of stories. We might have different interests, but we all believe in human dignity for all and are dedicated to the mission of the Red Cross. These Tiffany Circle members constantly inspire me to be better and to do more."

Josie Tong currently serves as a member of the Tiffany Circle National Council. Learn more about her here »