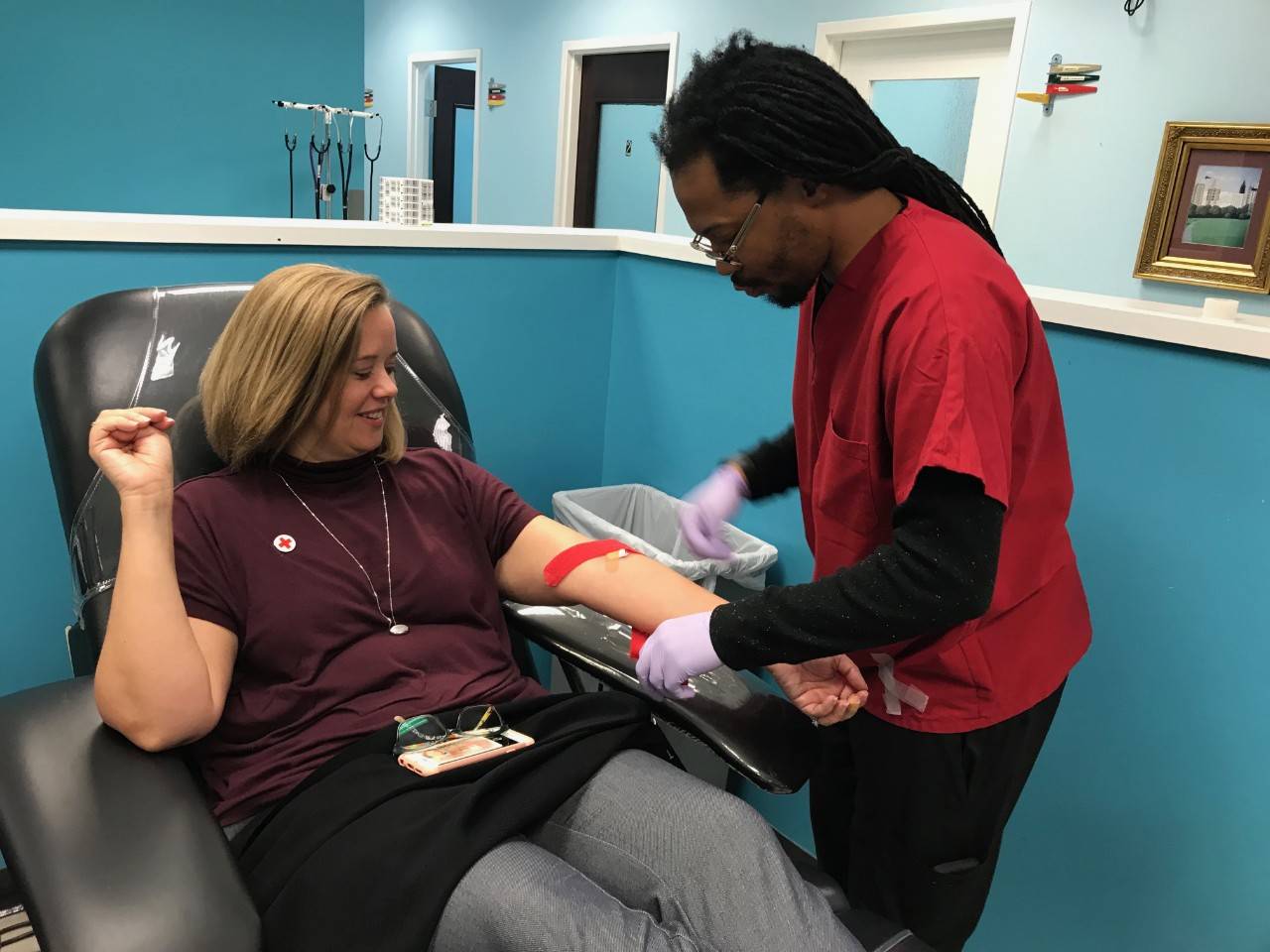 On the Monday of her first full week as Regional Executive, Pipa began the day donating blood—and it wasn’t her first time!  Growing up, Pipa’s mom was a nurse, and a regular Red Cross blood donor. Often, Pipa accompanied her mom to blood donation appointments. As soon as she was old enough to donate, Pipa became a blood donor, too. To date, she has donated more than 3 gallons of life-saving blood!

“Donating blood regularly has become a part of my life,” said Pipa. “It’s just the right thing to do.”

Pipa’s Red Cross career began in 2004, when she joined the Disaster Action Team in Raleigh, NC – as a volunteer. Within a year, she became the team’s captain. In 2005, after Hurricane Katrina demolished parts of the Gulf Coast, Pipa was the volunteer in charge of a Red Cross service center, assisting some of the nearly 3,000 evacuees who sought refuge in Raleigh. Shortly after, she accepted her first paid position with the Red Cross, a caseworker for local families affected by home fires.

As a Red Cross employee, Pipa worked her way up the ranks. She became the Operations Program Lead and Director of Volunteer Mobilization and Support at National Headquarters in Washington, DC and in 2017 accepted the position of CEO with the American Red Cross of Central Florida. While leading a team of staff and volunteers serving 19 counties in Florida, Pipa deployed to assist with the massive relief efforts following hurricanes Harvey, Irma and Maria. In April 2018, she was invited to testify before the U.S. Senate Committee on Commerce, Science and Transportation—where she was the sole Red Cross, non-profit and female representative providing a first-hand account of the long-term recovery efforts associated with 2017’s most destructive storms.

Through her successes, Pipa has remained a volunteer at heart, managing a program as a Junior League volunteer in Tampa, FL which helped to provide shelf stable meals for children in five different schools.

“I’m a huge proponent of Red Cross volunteers and employees volunteering for other organizations,” said Pipa. “I think it makes us better people.”

She plans to continue her work with the Junior League, in Atlanta.

Pipa and her husband Brian have a 17-year-old daughter, Madison and a toy poodle, Piper— who can help pack medication, first-aid kits and more into an emergency preparedness kit!