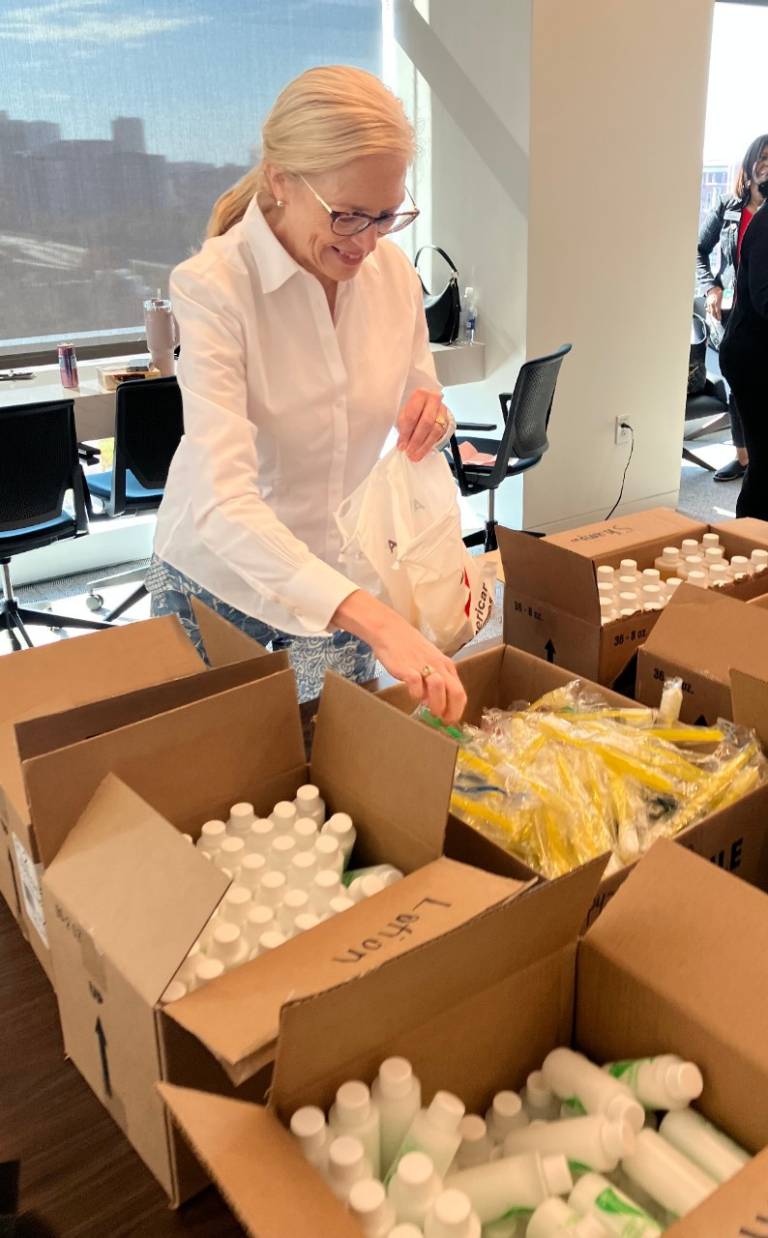 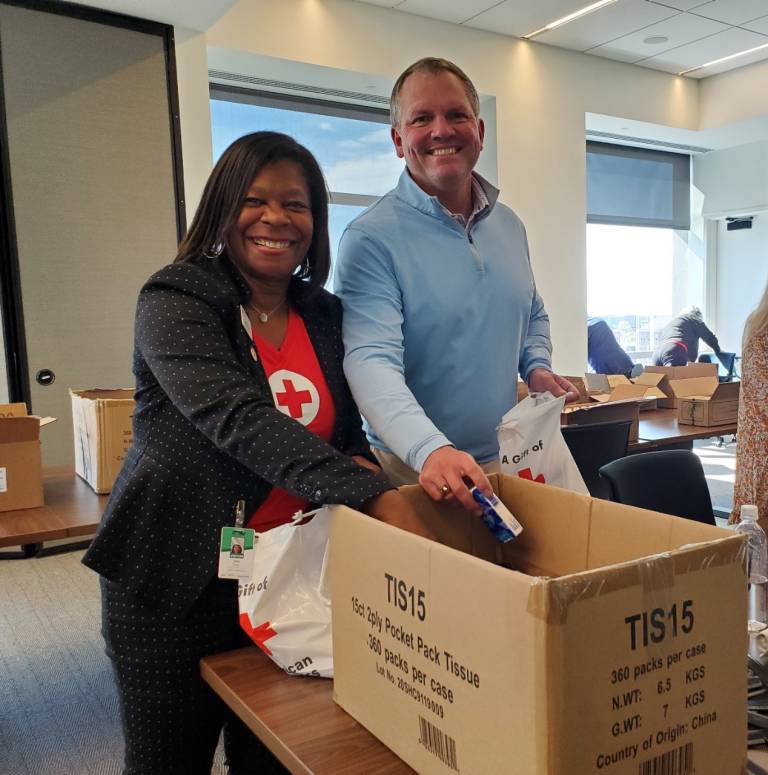 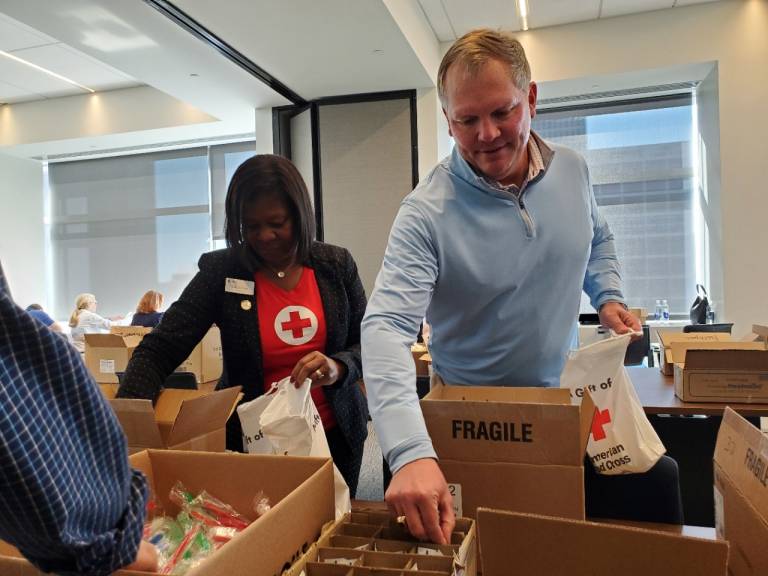 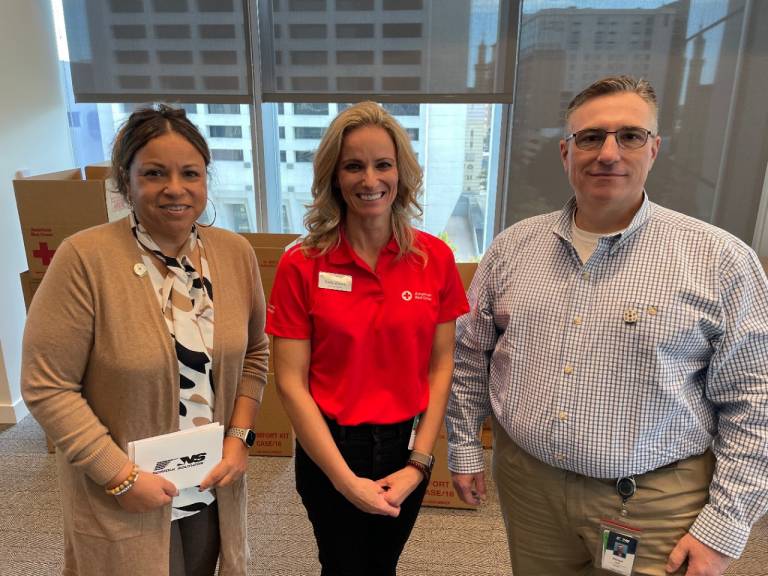 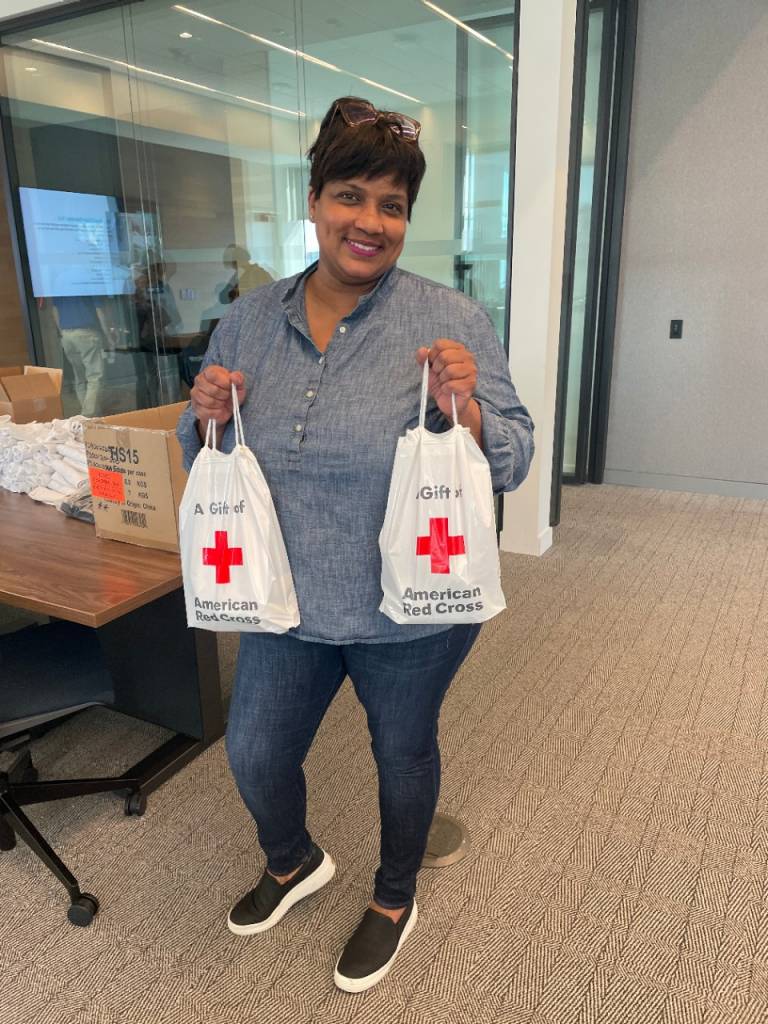 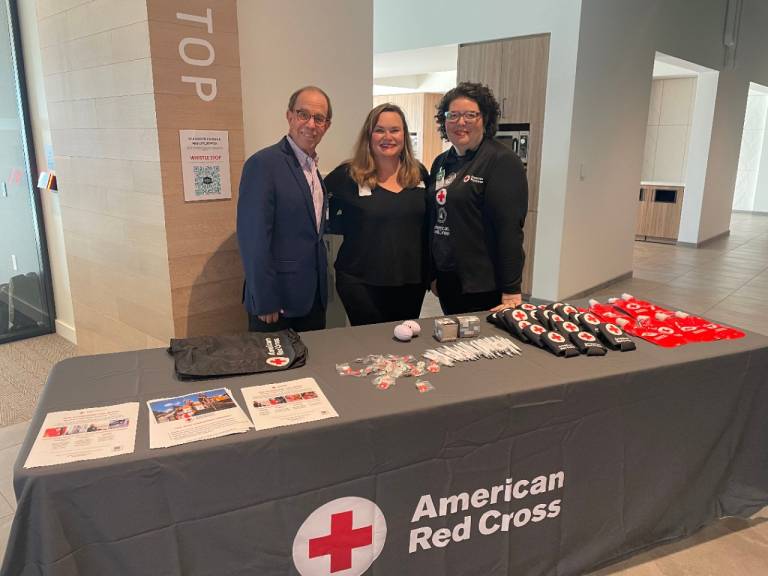 There are many things a person can give to someone in need, but kind words may be one of the most underrated.

On a beautiful sunny day, a conference room belonging to one of the most well-known transportation companies in the country is bustling with movement. The employees at Norfolk Southern are putting together comfort kits for homeless veterans. Those kits contain healthcare essentials, such as oral hygiene products, soap, shampoo, a washcloth, and more. Tucked away as the final item in each bag was something extra special: a personal note to each veteran.

“It was very moving for me to write a note,” says Barbara Paul, Vice President of Human Resources at Norfolk Southern. “It’s a little, intimate connection that might be the most valuable thing in the whole bag.”

A kind gesture for a deserving group of people. These comfort kits are to be distributed by the American Red Cross of Georgia to homeless veterans across the state. A collaboration that Paul, who is a Navy veteran herself, says – “just makes sense”.

“In my first two overseas assignments, I saw firsthand how important the military partnership with the American Red Cross is as folks in the states, who had family members who were serving outside the U.S., could reach out when there was a significant family occurrence and they needed to urgently get a message through,” says Paul who served for 20 years doing undersea surveillance during the Cold War. “I think that shows the regard that the military has for the Red Cross as a trusted agent and partner when folks need it the most – it was a very early, positive, impression that I took away about the professionalism of the Red Cross.”

Fast forward to November of 2022, that impression hasn’t left her, nor the dozens of other veteran employees who were in this room, right next to Paul, packing comfort kits and writing personalized notes.

“We have a very active set of what we call employee resource groups, and one of them is a veterans resource group. And they said, ‘hey we’re all veterans and we want to help the community that we serve.”

“It’s very important to Norfolk Southern that we’re an engaged community member, and we are thankful for the partnership – it’s just so powerful,” says Paul.  Be it by rail, or by parcel, ahead of Veterans Day, these two groups have reaffirmed that help will always get to where it needs to go. 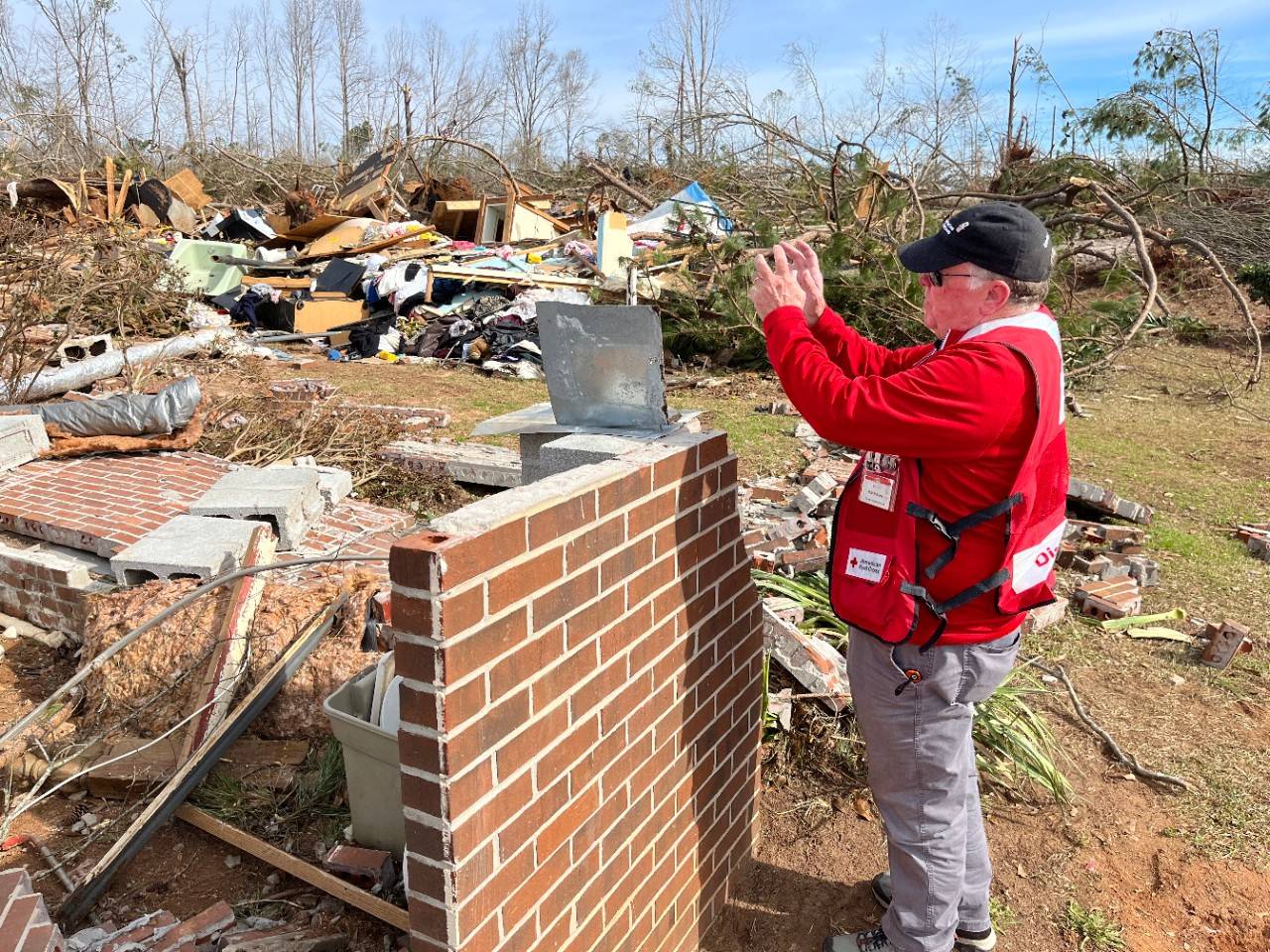