Officials are calling Hurricane Michael the worst storm that’s threatened the Florida Panhandle in a century. Michael is bringing 140 mph winds, up to a foot of rain and a storm surge as high as 13 feet to some areas of Florida, Georgia and Alabama. Officials are predicting prolonged power outages.

The storm is also forecast to drop heavy rain later this week in the Carolinas where people are still struggling with the aftermath of Hurricane Florence. More than 375,000 people are under evacuation orders and many schools and colleges are closed along with airports and ports.

The Hawaii Red Cross has been calling down volunteers, especially with shelter operations experience, to update their availability for deployment to help supplement the local relief efforts for Michael.

WHAT THE RED CROSS IS DOING

There are more than 500 trained disaster workers on their way to the region to join the Red Cross volunteers already in place in the three states. The Red Cross has pre-positioned enough shelter supplies, including cots and blankets, to be able to support some 15,000 people after landfall and is also mobilizing additional relief supplies, vehicles and other equipment to help people in the affected areas if needed. We’re also working with partners to prepare for serving tens of thousands of meals per day once the storm passes. Since October 9, more than 3.6 million weather alerts have been issued through Red Cross apps allowing people to make informed and lifesaving decisions.

Evacuation centers are meant to safely house people for about 72 hours until the storm passes and weather conditions improve, and it should be noted that some of these centers may not have cots, food, running water or electricity. In time, and if needed, local government officials may transition evacuation centers into emergency shelters if residents can’t return home after the storm passes.

The Red Cross supports both pre-landfall evacuation centers and post-landfall emergency shelters with trained workers, shelter supplies and other aid. Anyone coming to an evacuation center should bring items like blankets, pillows, sleeping bags, and items for children.

The Red Cross is not a government agency and does not require people to show any kind of identification in order to enter a shelter. The Red Cross is also working with organizations that can support the temporary placement of household pets; please regularly check media to best understand where those facilities are located.

The Red Cross depends on financial donations to be able to provide disaster relief immediately. Help people affected by Hurricane Michael by visiting redcross.org, calling 1- 800-RED CROSS or texting the word MICHAEL to 90999 to make a $10 donation.

Donations enable the Red Cross to prepare for, respond to and help people recover from this disaster. The Red Cross honors donor intent. Donors can designate their donation to Hurricane Michael relief efforts by choosing that option when donating on redcross.org or on 1-800-RED CROSS. 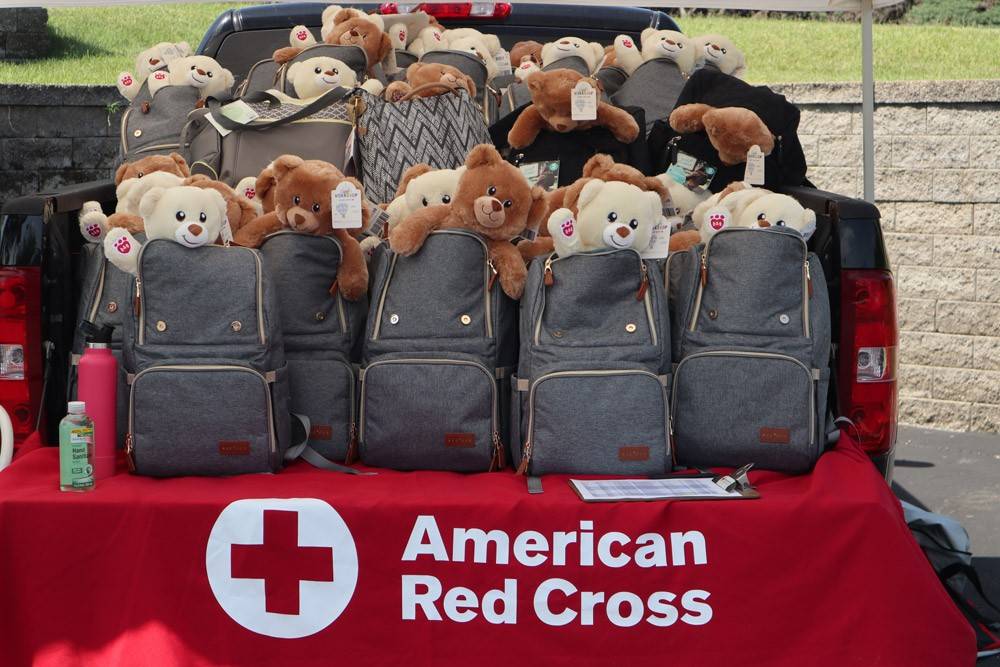