A Board of Directors and paid management team provide leadership for carrying out the work of the American Red Cross of Northeastern Massachusetts. Chapter management consists of a team of officers and program directors. Peggy Cappos provides overall leadership to the chapter.

The Volunteer Board is the governing body for the Northeastern Massachusetts Chapter and is composed of representatives from many different community sectors. This group develops the vision for our chapter and determines the policies that guide our decisions. The Board ensures that the chapter is an effective steward of our donors’ contributions.

DawnMarie Corneau joined LPL Financial in September 2005 as an Investment Advisor Representative. This conscious decision to integrate her existing financial advising practice with LPL Financial has enabled her to align her own core values with those of a “financial planning” firm. In January of 2007, she opened the Corneau Wealth Management office.

She began helping clients with their financial planning needs as a registered representative with Merrill Lynch in 1990. In 1998, she transitioned to UBS (formerly Paine Webber) as a Vice President of Investments. A vibrant speaker, Ms. Corneau has conducted personal financial seminars across the North Shore for the past 28 years. She also chaired the North Shore Women’s Expo from 1993-1996.

She currently holds her Series 7, Series 63, and Series 66 securities registrations with LPL Financial and maintains a license to offer life, disability and long-term care insurance. She has obtained her CERTIFIED FUNDS SPECIALIST ™ certification.

DawnMarie has served as member of the Board of Directors for the North Shore Children’s Hospital, campaigning for renovations and renewed prestige for the hospital and currently sits on the Board of Overseers for North Shore Medical Center.  For eight years, she was the North Shore’s Chairperson for the American Cancer Society’s Daffodil campaign. She was a regular Guest Reader for Peabody’s Education Council and is now involved in Beverly’s Cool Reader program and Junior Achievement program. She is active with the Juvenile Diabetes Research Foundation’s Fund for a Cure Campaign and is the current Chairperson for the Board of Directors for the American Red Cross of Northeast Massachusetts.

Ms. Corneau received a BA from Salem State University and her CFS ™ at the Institute of Business and Finance in San Diego, California.  A Beverly, MA resident, she is married to Robert Corneau and has two children—Matthew and Nicholas. 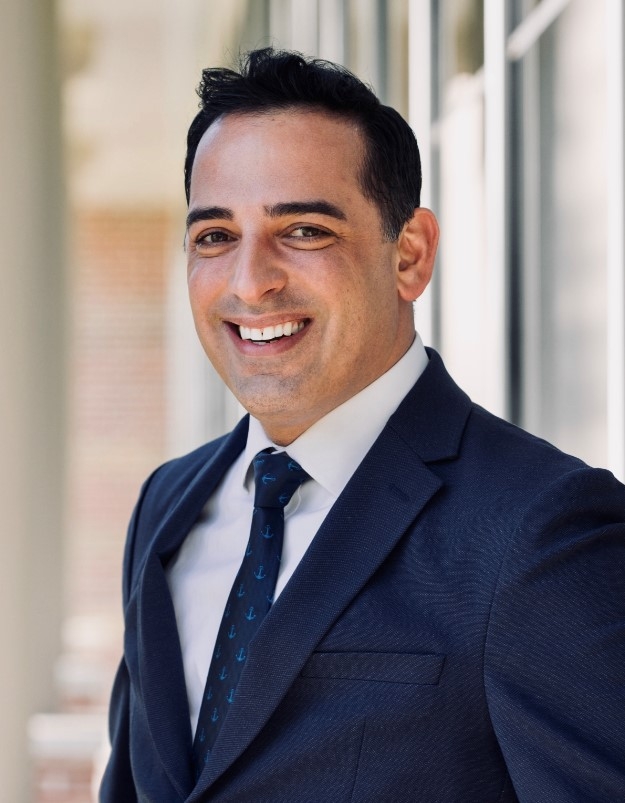 Nicolas received a Bachelor of Arts in Communications from University of New Hampshire. The post graduate degrees earned are a Master of Business Administration and a Master in Science in Organizational Leadership with a Human Resources concentration from Southern New Hampshire University.

Nicolas lives in the north shore of Massachusetts with his wife Julia, a Gordon College Professor and Reading Specialist and their three children. Nicolas and Julia have been involved with various Medical Missions throughout South America and other parts of the world. They enjoy travels, dancing and any ocean outdoor activities with family and friends.

Candace Hankard Doucette is the Senior Vice President of Retail Banking Branch Administration at Salem Five Bank and is responsible for the branch network’s service, operations and technology, which spans Essex, Middlesex, Suffolk and Norfolk counties with 36 locations.

Prior to joining Salem Five, Candace was with Eastern Bank and Cambridgeport Bank. She is past President of New England Bank Marketing, American Banking Association, and has served on the Board of Trustees at Cathedral High School in Boston; and as a volunteer at the Adopt-A-Student Foundation.

In addition to serving on the advisory board of the American Red Cross, Northeast Chapter-Massachusetts, Candace currently serves on the Board of Directors, Girls Inc of Lynn; and volunteers as a financial advisor for the North Shore Elder Services.

She considers it a privilege to support an organization that touches millions of lives in Massachusetts communities and beyond.

Andrew Goldberg was elected to the Board of Directors in 2011.  He is also a supporter of our Heroes Breakfast.

Representing the 3rd Generation of the Goldberg Family to be involved in Real Estate Investment, Andy joined Goldberg Properties in 2002. A Massachusetts licensed Real Estate Agent, his responsibilities include acquisitions, commercial leasing, financing and marketing.

He holds a degree in Business Management from Providence College.  An avid sports fan, Andrew enjoys attending games as a fan while also playing basketball and golf. Andrew lives in Beverly with his wife Kerrie and their two children.

Jonathan Goldfield was elected to the Board of Directors in 2011. He is a general volunteer and supervisor with Disaster Services and has deployed on national disaster responses. He is a caseworker with Service to Armed Forces, and since 2013 is a member of the Red Cross/Boston Marathon® course medical station leadership team and worked on these medical stations since 1984. In 2016, the Massachusetts Region Executive Director awarded Mr. Goldfield with the annual CEO Award for service to the Chapter.

Married to Graciela Trilla, they have two adult children and reside in Haverhill, MA with their eight pets. Other volunteer activities include ski patrol, amateur radio and playing bass trombone with a swing band.

Kate Hearns was elected to the Board of Directors in 2017.  Kate is an active member of the Heroes Planning Committee and has participated in several Red Cross events, including the pillowcase project.  She is currently the Director, Strategy and Performance MA at National Grid where she oversees the strategy and performance of the Massachusetts jurisdiction.  Kate is a Senior Finance and Operations Executive who has diverse experience in market leading international organizations in utilities, publishing, pharmaceutical, retail and food production.  She received her undergraduate degree from Cardiff University, UK, in Accounting and earned her Fellow Chartered Management Accountant from the Chartered Institute of Management Accountants in London, UK. Kate moved to the US in 2011, and currently resides in South Hamilton where she lives with her husband, two teenage daughters and two dogs. When not at work or volunteering, she enjoys hiking and watching her girls play sports. 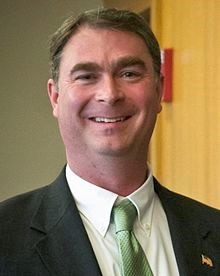 Brad Hill was elected to the Board of Directors in 2010.  Brad has represented the 4th Essex district in the Massachusetts House of Representatives, since 1999, serving Hamilton, Ipswich, Manchester-by-the-Sea, Rowley, Topsfield, and Wenham. He is the current Assistant Minority Leader. Prior to his election to the House, Hill served on the Ipswich Board of Selectman and the Hamilton Zoning Board of Appeals.

Lori Karas, elected to the board in 2012 is a 13 year veteran of the Northeast Chapter Disaster Services team.  When Lori is not on the committee for the Northeast Chapter Heroes Breakfast, Massachusetts Women Who Cares Breakfast or helping with Tiffany Circle programming, Lori is the Branch Manager for Webster First Federal Credit Union.  In her capacity, she aids people and business owners regarding everyday banking needs through lending. She also teaches financial literacy/budgeting and mentors business owners.  Before transitioning into the banking industry, Lori started her career by leadership and developing strategies for teams in omni-channel contact centers within 7 different industries with special focus on devising coaching programs for team performance excellence in service and sales.   Then Lori transitioned these skills of coaching for furthering the customer experience into the banking industry.  She earned her BSBA in Marketing from Suffolk University and resides currently in Danvers.  In addition to her commitment to the American Red Cross, Lori serves as President of Boston Rotary Club, on the Board of Trustees for Boston by Foot and committees within the Greater Boston Chamber of Commerce. 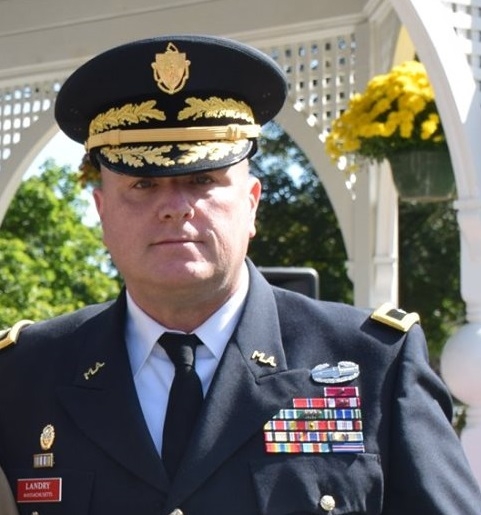 Paul Landry was elected to the Board of Directors in 2019.  He is currently a Captain with the City of Everett Police Department where he serves as the departments Executive Officer.  Paul is a retired Brigadier General with the Massachusetts Organized Militia, and a retired member of the Massachusetts Army National Guard with more than 33 years of service to the Commonwealth and Country. Paul has deployed to NYC in support of Operation Noble Eagle, to Afghanistan in support of Operation Enduring Freedom, and to Iraq in support of Operation Iraqi Freedom.  In addition, he has served multiple State Active Duty deployments for natural disasters and served as the Chief of Staff for the Massachusetts National Guard’s response to the Boston Marathon Bombing.  Paul holds a Bachelor’s Degree from Salem State University, a Master’s Degree from Anna Maria College and a Master’s Degree from the U.S. Army War College. He also completed studies at the Harvard Kennedy School of Government. 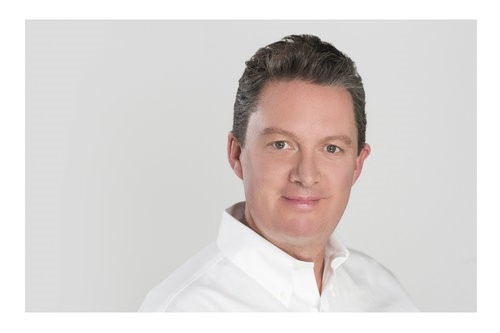 Ken joined the Board of Directors in 2012.

Kenneth is married and lives in Essex with his wife and four children.  When he is not shuttling his children to sporting events, he enjoys boating, mountain biking, CrossFit and dining out

Chris Moran is a member of the Beverly Rotary Club and is an Executive Board Member for the Northeast Massachusetts Chapter of the American Red Cross. He is a graduate of Harvard College with a degree in Economics and has over 30 years’ experience in the financial services industry. 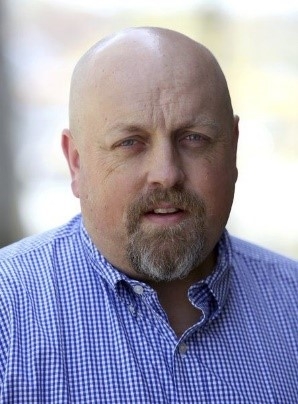 David was elected to the Board in 2008.  He currently works as editor-in-chief of The Salem News and Gloucester Daily Times.

His journalism career began at the Gloucester Daily Times in 1992 as a University of New Hampshire intern, and he has worked as a reporter and editor in Gloucester and at the Times-Herald Record of Middletown, N.Y., and as Massachusetts Statehouse bureau chief for Essex County Newspapers and the North of Boston Media Group. He is also a member of the Board of Directors of the North Shore Chamber of Commerce and Peabody Chamber of Commerce, and incoming president of the Beverly Rotary Club.

David currently lives in Beverly, MA, with his wife, Deborah. 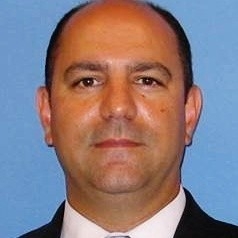 Anthony Picano was elected to the Board of Directors in 2012.  Anthony has been an active supporter of our Heroes Breakfast.

Anthony is an experienced Managing Director in the banking industry. He is also skilled in helping his team and government entities reach their full potential.

Anthony received a BS in Finance and Economics from Salem State University and an MBA in Finance from Norwich University.

David J. Solimine, Jr. was elected to the Board of Directors in 2017. David has been an active supporter of the Heroes Breakfast as well as Sound the Alarm. David is a life-long Lynn resident who, along with his father (Dave Sr.) and son (Joel), operates the Solimine Funeral Homes in Lynn. The Solimine family is well known for its leadership in funeral service as well as community involvement and philanthropy. Mr. Solimine is also partners with his son Michael in Solimine Development Corp. Solimine Development is currently developing the Boulderwood Subdivision in Peabody where 113 new single family homes are being constructed, with 75 homes now completed and occupied. Mr. Solimine is involved in several community organizations and has served on a number of community boards including Hospice of the North Shore (now Care Dimensions), Greater Lynn YMCA, and Arts after Hours. In addition to the Red Cross, he currently serves on the boards of All Care Hospice and Lynn Shore Rest Home. He is Past Chairman of the Lynn Area Chamber of Commerce and Past Grand Knight of the Lynn Knights of Columbus. David lives in Lynn with his wife, Magnolia Contreras.