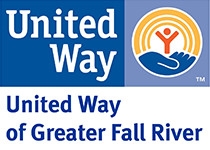 Hear first-hand about our work from one of our local disaster clients:

The Volunteer Board is the governing body for Southeastern Massachusetts and is composed of representatives from many different community sectors. This group develops the vision for our chapter and determines the policies that guide our decisions. The Board ensures that the chapter is an effective steward of our donors’ contributions. 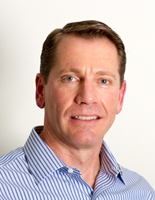 Ken McGuire was elected to the Board of Directors in 2014 and in 2018 was appointed 1st Vice Chair, and in 2019 became Chair.  He serves on the Board’s Executive and Philanthropy Committees.
Ken is the President and Founder of McGuire Financial Services, an independent financial advisory firm focused on serving the retired and soon-to-be retired residents of Cape Cod and Southeastern MA since 1989. He holds a bachelor’s degree in science from Bridgewater State University and an associate degree in science from Cape Cod Community College. He is a Registered Financial Consultant with the International Association of Registered Financial Consultants. Ken has always been an active member of his community, serving in a multitude of roles and organizations, such as past elected member of the D-Y School Committee, coach to youth soccer teams in Yarmouth and currently with the Red Cross board and Hope Dementia & Alzheimer’s committee. Ken resides in West Yarmouth with his wife, Beth. 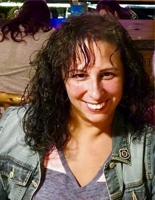 Susie Silva was elected to the Board of Directors in 2018 and in 2019 was appointed 2nd Vice Chair.  She serves on the Board’s Executive Committee and Mission Committee.  She has been with Cape Air since 1996 and in her current position as Vice President of Human Resources supports over 1,000 employees in multiple states, territories and countries. Susie has been a big part of the partnerships that Cape Air has with our chapter, from training staff members in disaster response to making presentations at our Annual Heroes Breakfast. She is the President of The CARE Fund, a 501c3 organization, and is on the Director’s Board of Cape Cod Human Resources Association. Susie is also a member of Society of Human Resources Management and Women in Aviation International. Susie is a proud, long-time resident of her home town, New Bedford. 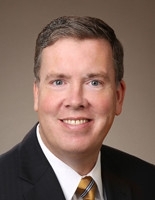 Paul Bernier was elected to the Board of Directors in 2017 and serves on the Board’s Philanthropy Committee.  He has extensive knowledge and over more than 25 years of experience as a senior level risk management professional in the financial services industry. Mr. Bernier currently works as Senior Vice President and Chief Risk Officer at the Cape Cod Five Cents Savings Bank.  Prior to this position he served in the same role for a $2 billion savings bank based in western Massachusetts, where he led the Loan Review, Risk Management, Compliance, Security and Internal Audit functions.  Paul earned his M.S. in Business Administration from Bentley University and B.S. in Business Management from Fairfield University. Paul and his wife Debbie along with their three sons recently relocated to Cape Cod. In his free time, Paul enjoys reading and playing sports. 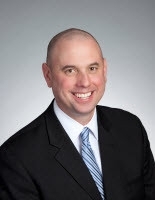 Kevin Ralph was elected to the Board of Directors in 2016 and serves on the Board’s Philanthropy Committee.  Mr. Ralph serves as vice president at The Angeletti Group (TAG), a full-service firm serving the non-profit community with the mission of providing philanthropic counsel to organizations in education, healthcare, and community building. Prior to joining TAG he served as the senior vice president and chief development officer for the Cape Cod Healthcare Foundation where he oversaw all fundraising efforts on behalf of Cape Cod Hospital, Falmouth Hospital, the Visiting Nurse Association of the Cape & Islands and all other service-line areas of the healthcare system. Prior to his arrival at CCHC, he was Chief Development Officer at the American Red Cross - North Jersey Region where he led his team to a record-setting $32 million revenue target in 2014. Kevin began his career at his alma mater, Drew University in Madison, NJ, where he worked full-time in the development and alumni relations office. A New Jersey native, he currently resides in East Sandwich, MA, with his wife, Elizabeth, and son, Sawyer. 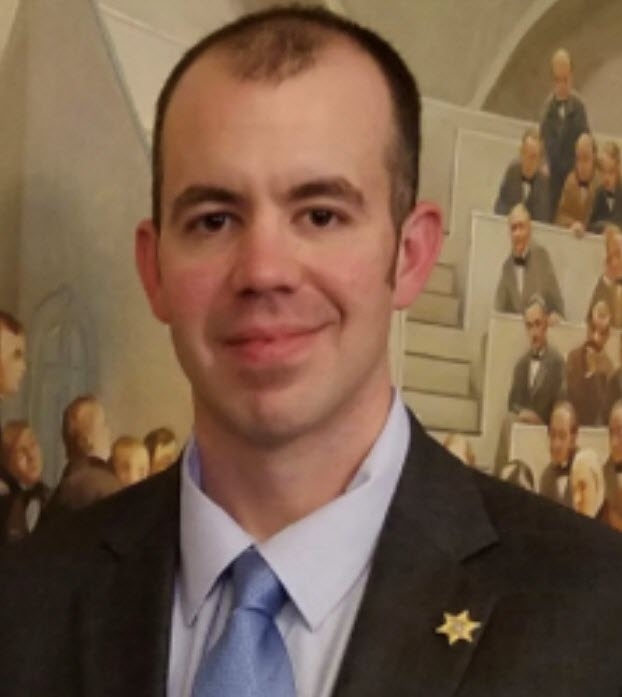 James Creed was elected to the Board of Directors in 2019 and serves on the Board’s Development and Engagement Committee. He was born and raised in the suburbs just south of Boston. Currently, he resides in Bridgewater with his wife Laura and their daughter Bridget. Jim is a graduate of Westfield State University with a BA in Communications. He received a master’s degree in Criminal Justice from Boston University and a Graduate Certificate in Criminal Justice Leadership and Policy Development from the University of Massachusetts Lowell.  He began his career with the Plymouth County Sheriff's Department as a Correction Officer. In 2007, he became a full time Deputy Sheriff and was assigned to the K9 Unit. Presently, he serves as a Lieutenant of the K-9 unit with 9 deputies under his direct supervision.  Jim was also honored as a Red Cross Hero in 2017 for his role in saving the life of Rosemary Heath, another one of our board members. 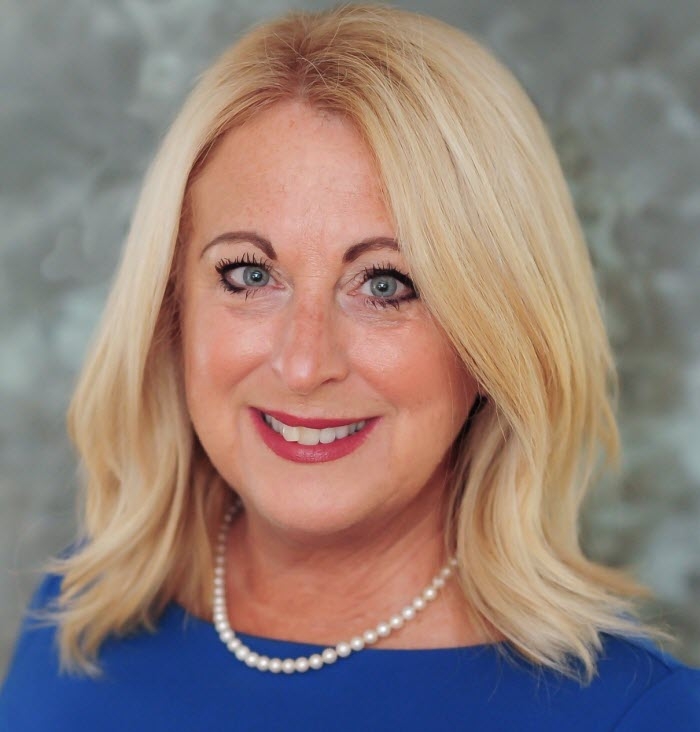 Nanette Davidson was elected to the Board of Directors in 2019 and serves as Chair of the Board’s Philanthropy Committee. She is a Senior Business Banking Officer and Cape Business Development Officer for Rockland Trust where she has been employed for the past 37 years. Nanette currently oversees 17 community-based branches within Cape Cod and the Islands and has been recognized as Rockland Trust’s Business Officer of the Year in 2015 and 2018.  Her civic involvement includes volunteer board-level participation in such organizations as Cape Cod Charitable Fun-raisers, DBA the Last Gasp; Asian Cultural Society of Cape Cod; Yarmouth Area Chamber of Commerce, WellStrong and Wings for Falmouth Families. Nanette has been an active volunteer for China Adoptions with Love, acting as a liaison between the Adoption Agency and families adopting from China; and Gosnold of Cape Cod, acting as family liaison/family services advisor.  She is a co-founder and past vice president of WellStrong, Inc., a 501(c)3 charitable organization whose mission is to create safe, supportive communities of people in recovery from substance use disorder through fitness, wellness and meditation.  Nanette is a graduate of Barnstable High School and Fairfield University (CT) Center for Financial Studies.  She lives in Marstons Mills and is the mother of two children. She enjoys cycling, running gardening, home interior design, volunteering and photography. 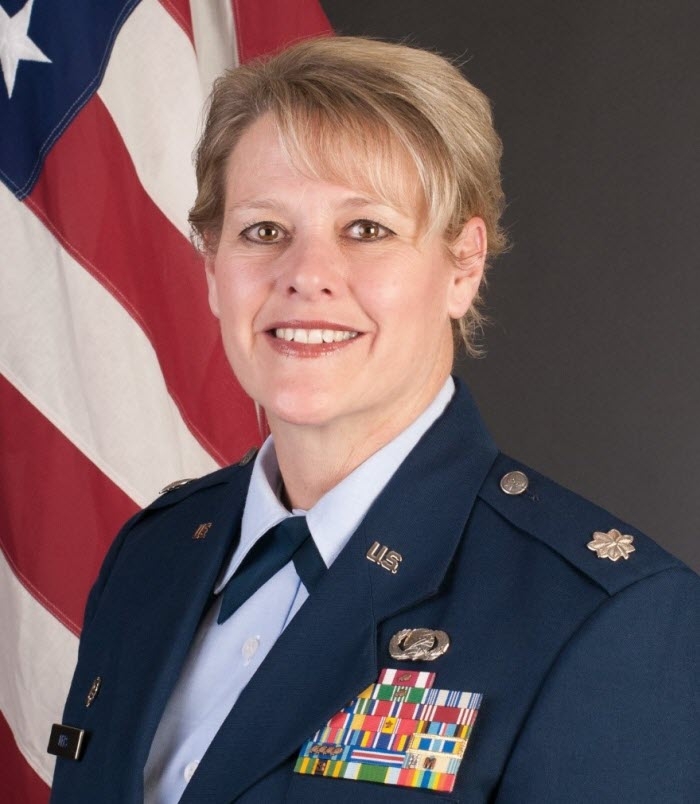 Lieutenant Colonel Nicole Ivers was elected to the Board of Directors in 2019 and serves on the Board’s Mission Committee.  She is the Deputy Director of the 102nd Mission Support Group, Otis Air National Guard Base, Mass. She assists the Commander in leading 475 airmen and civilians who provide Engineering, Contracting, Supply, Transportation, Personnel, Services, Communications, PMEL, Logistics and Security to the 102nd Intelligence Wing and Utility System Base Operation Support to Joint Base Cape Cod.  As a drill status guardsman, she is the Commander, of the 102d Logistics Readiness Flight, Otis Air National Guard Base, Mass. She is responsible for leading, training and equipping over 50 military and civilian personnel from various logistics disciplines, providing planning, vehicle management, material management, fuels operations, distribution management and munitions storage operations support to the wing. She is also appointed as the Assistant United States Property and Fiscal Officer for Air (Property).   Lieutenant Colonel Ivers has served in Operation ENDURING FREEDOM.  Prior to her current assignment, she was the Commander of the 102d Comptroller Flight.  Lt. Col. Ivers lives in Forestdale with her husband Ed. They have 3 children and 3 grandchildren and enjoy boating all summer long. 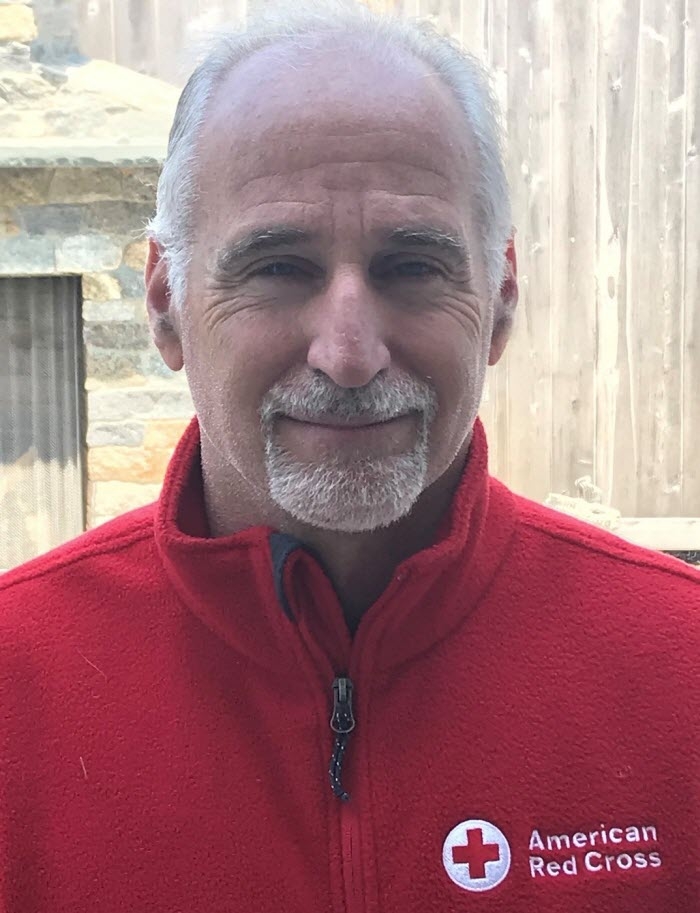 Steve was elected to the Board of Directors in 2019 and serves on the Board’s Philanthropy Committee. Volunteering has been a part of Steve’s life since as a little kid he went door-to-door in Framingham with a UNICEF milk cartoon every Halloween. He went on to organize a fun run as a schoolboy to benefit the Jimmy Fund, joined Big Brothers for eight years after college, was a board member for a preschool network giving 200 at-risk 4-year-olds free preschool for 20 years (13 as board chair) and last year created the first special needs hockey team in Southeastern Mass and the Cape. A career financial advisor who relocated from Alexandria, VA, to Plymouth in 2017 to seek a better life for his autistic son. Steve also has served long board tenures at the Cherry Blossom 10-mile and Alexandria Chamber of Commerce and on two different condo association boards and plans to offer his life experiences to benefit the Board of the American Red Cross, where he currently serves as a DAT Supervisor for Plymouth and Bristol counties.