It never crossed my mind it would happen to us

It never crossed my mind it would happen to us 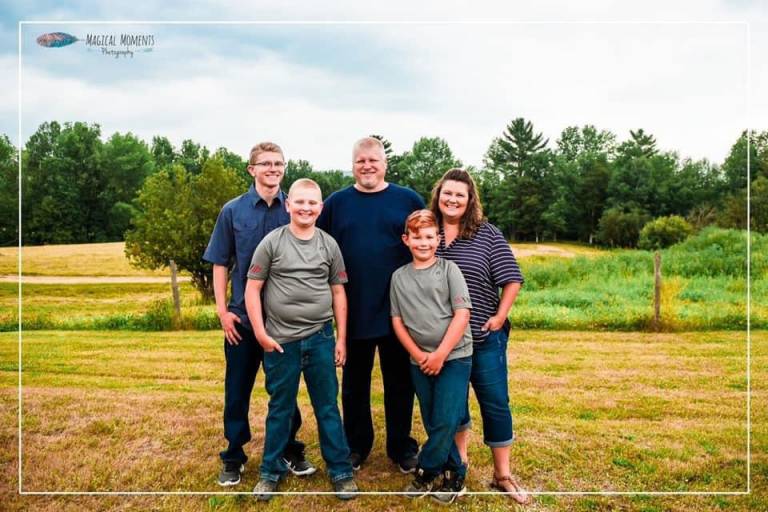 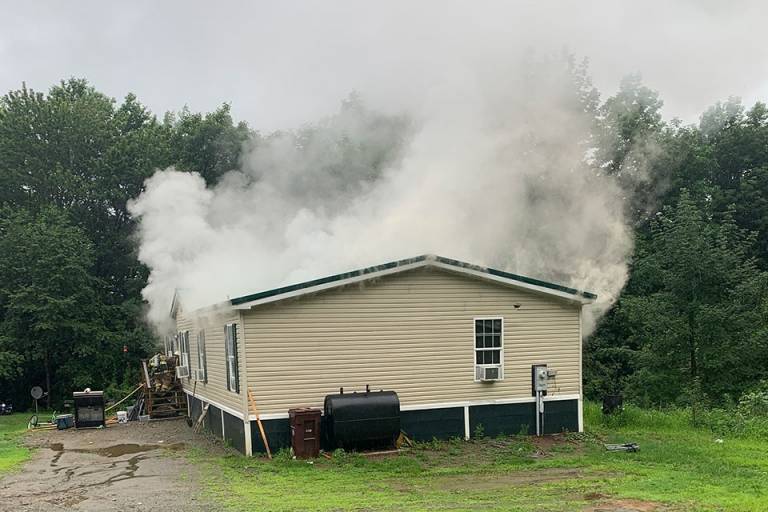 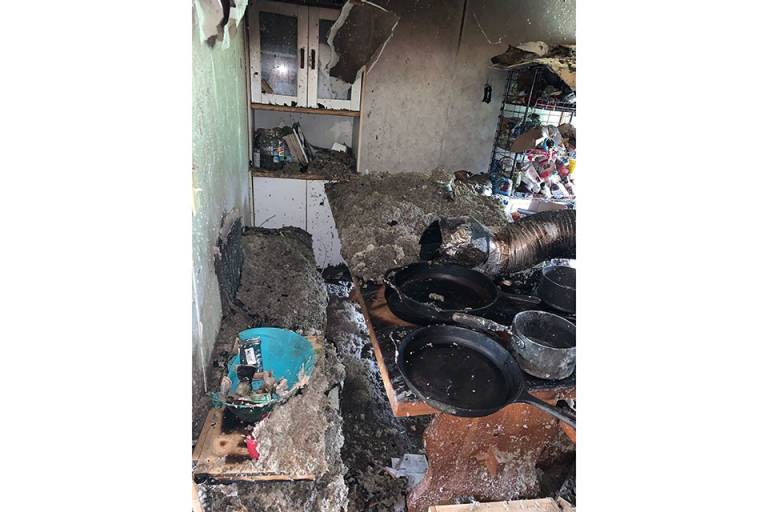 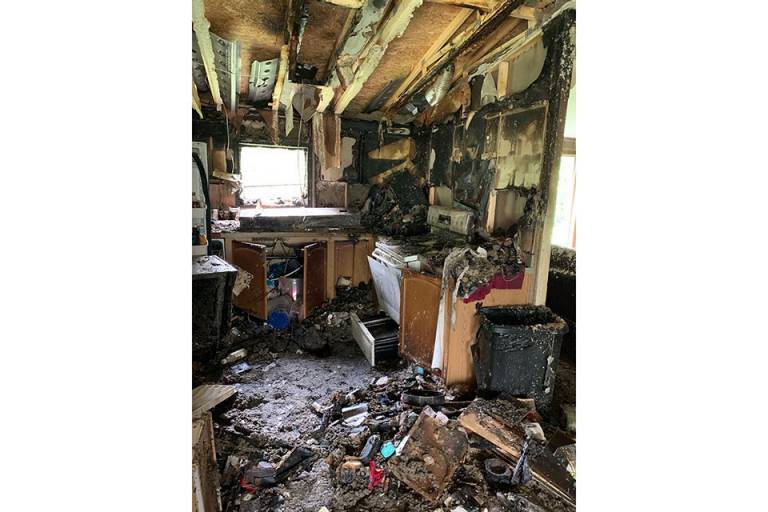 “Your emergency is not other people’s emergency.”

More than a year after Amanda Smith lost her home to a fire, she is now able to reflect on the heartbreaking ordeal that changed her life – and perspective on preparedness.

“I pulled into my driveway coming home from work and there was smoke rolling out of my front door,” she said.

It was July 2020. An ordinary summer evening in Phillips, Maine. Ordinary…until Amanda spotted the smoke. Then pure panic set in.

“My first thought was: where’s my son? I could see my husband and I didn’t initially see my son. I don’t remember putting my car in park. I drove onto my lawn and ran into the house,” she said.

The entire kitchen was on fire. Her husband was on the phone with 911. Joseph Smith had been cooking fish for dinner when oil splashed and ignited the blaze. Fortunately, he was able to tell Amanda their son ran down the street to a family member’s house.

“My husband was kind of losing his mind like: What do we grab? And I was like: ‘Nothing. Get out of the house!’ I mean it was a double-wide, so I had the thought that this was not going to take long to be really bad,” remembered Amanda.

There was nothing the Smiths could do but evacuate and watch as their home – and belongings – burned, taking solace in the fact that at least everyone was safe.

“The fire department was absolutely wonderful,” said Amanda. “They called in four or five towns. They got the fire out, but unfortunately our house was a total loss. There was nothing salvageable in the home. What did not burn, was damaged by smoke and water.”

Amanda has worked in the mental health field in Western Maine for years. She was familiar with the Red Cross, but never through a personal experience.

“I don’t think people realize the level of support and care that’s there and that was so significant to us,” she said. “They had a Red Cross card waiting for me. I was able to immediately just get basic things that you don’t even think about. How’s my son going to have clean underwear and brush his teeth tomorrow? I didn’t have to worry about those things. I didn’t even have to think about what was next. They really took care of that for us. They had toothbrushes and toothpaste and shampoos. The littlest things that, in the moment, you’re not even considering.”

The Smiths found a silver lining to their tragedy, feeling fortunate their fire occurred when everyone was awake and alert. The home had working smoke alarms, a critical safeguard, which cuts the risk of dying in a home fire in half. But what surprised Amanda was her son’s initial reaction to those alarms.

“Every smoke alarm in our house was going off and he never moved. That was a frightening reality to me,” she said. “We’ve talked about fire escapes and we had a plan. He knew to go to our aunt’s house across the road, but my husband had to scream at him for him to get out of the house.”

The fire prompted the Smiths to have more frank discussions with their children about fire safety and the dangers of becoming desensitized to the sound of the alarm. The family now makes fire drills a priority.

“I don’t want to take that for granted again,” said Amanda. “I never had the active, conscious thought of ‘Oh that wouldn’t happen to us,’ but it never crossed my mind that it would. You have to do fire drills. You have to have those conversations with kids. It definitely has allowed us to say: I don’t care if it’s just something in the oven that’s smoking. If the fire alarm is going off, you leave the house. Period.”

It’s been a year of rebuilding for the Smith family – both physically and emotionally. They’ve recently moved into their new home – and they continue to work through the gamut of emotions that follow a trauma like this, including some initial guilt for even needing the Red Cross.

“We have homeowners insurance. We shouldn’t need this assistance. This is for people who weren’t prepared for a catastrophe. And that’s just not the case,” Amanda concluded. “It was a huge relief and looking back, we really would have been lost without the Red Cross. Don’t feel guilty. That’s exactly what the Red Cross is there for. Let them help you.”

The Red Cross has resources available to help adults, parents and educators prevent, prepare for and recover from disasters. For more information on these free virtual and in-home programs, click HERE.

Thank You for Your Support
.type=article.p=1
View All
/content/redcross/en/local/me-nh-vt/about-us/news-and-events/news/it-never-crossed-my-mind-it-would-happen-to-us