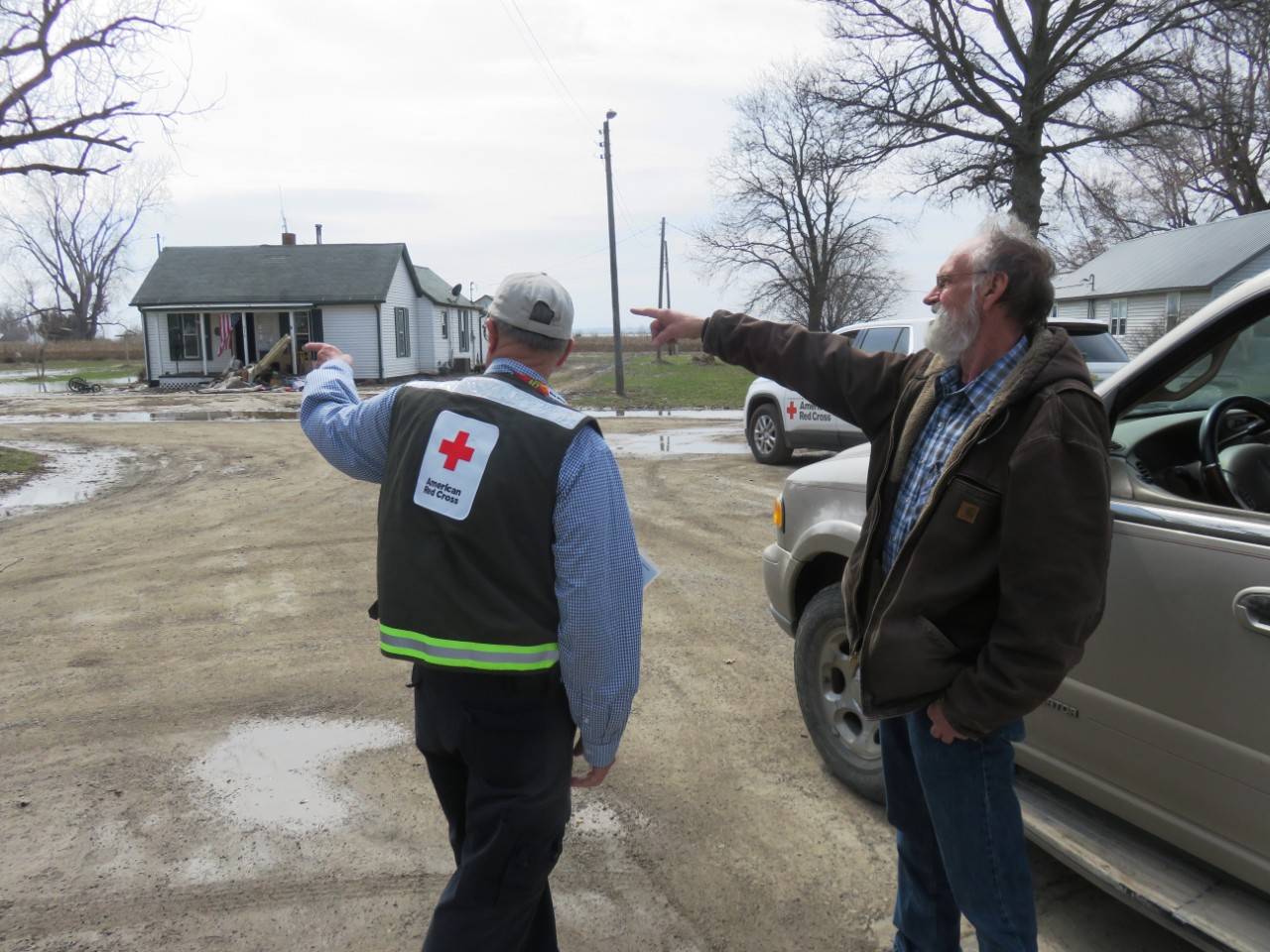 Driving along two-lane roads with flooded farm fields on both sides, the Red Cross damage assessment team arrived in Craig, Missouri where streets still were wet from the Missouri River flooding.

The water level in the rural community dropped as quickly as it rose, and fire hydrants once under water again were visible.

Some streets remained impassable, but enough were open to allow the team to enter and begin work. The force of the water was so powerful that at one home it flattened a chain-link fence and ripped the skirting from the base of the home.

Team members walked the streets assessing damage to homes, using the latest computer technology to collect the data and immediately transmit it back to the Red Cross operations headquarters.

The record of damage will enable the Red Cross to know how best to deploy its resources such as feeding and distribution of clean-up materials and also plan for long-term recovery assistance.

As the team members work, David Farmer drives up to where they’re working. He talks about how his home had several inches of water inside and he’s still without electricity. In the meantime, he’s staying with his daughter.

“I don’t like it but there’s nothing you can do about it. The levee broke in two places and we had a couple of feet of water coming down the streets,” he said.

As for the future, David hopes to get back into his home, but quickly adds a cautionary note, “Right now, we’re not even in the rainy season.”

Down the street, Tom Howard is busy shoveling debris piled up in the front yard of a friend’s home.

“Just helping out a friend. I’ve got to help get the place dried out,” he said. “Everybody is helping everybody…that’s what you’ve got to do.”