Members of the Kansas City, Kansas Fire Department pick up free smoke alarms that they install in homes as they partner with Red Cross volunteers during the Sound the Alarm campaign. (Red Cross photo by Aaron Smullin) 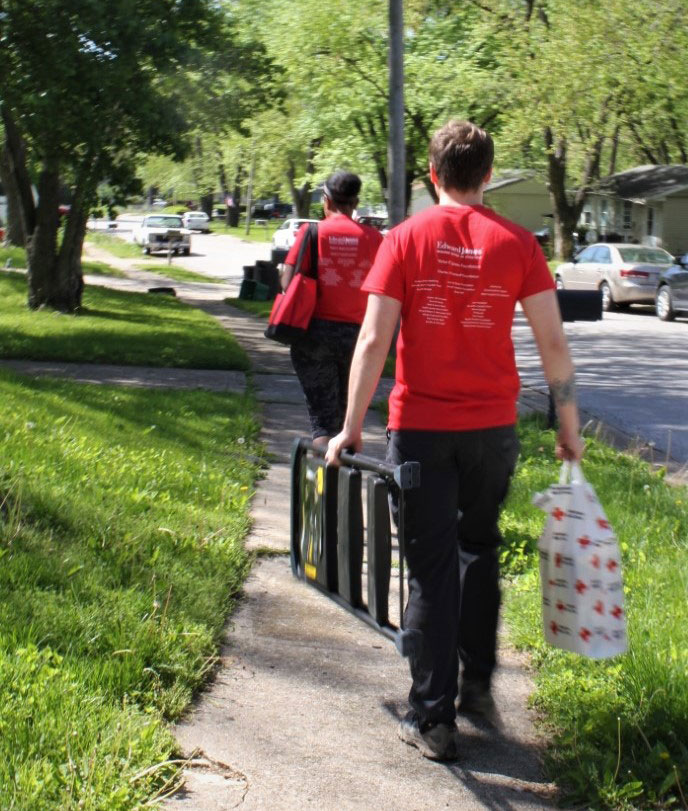 Red Cross volunteers carry bags of smoke alarms and installation equipment as they go through a Kansas City, Kansas neighborhood offering free smoke alarms to residents. It is part of the Sound the Alarm campaign during May to raise awareness about fire safety. (Red Cross photo by Aaron Smullin) 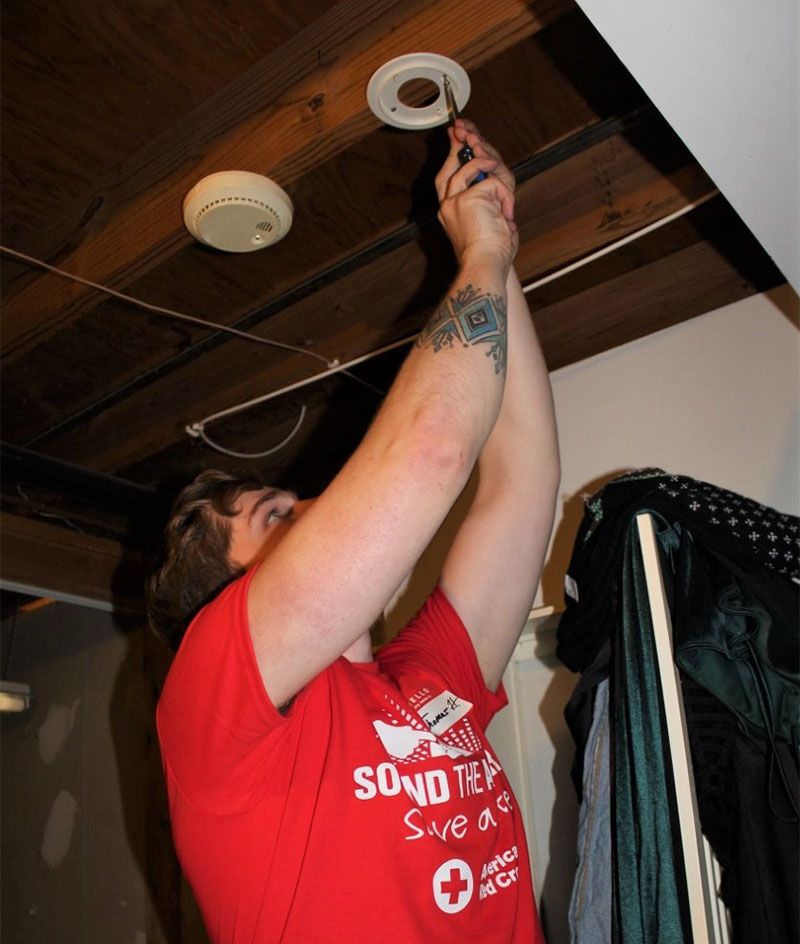 Red Cross volunteer Thomas Hullander installs a free smoke alarm in a Kansas City, Kansas home as part of the Sound the Alarm campaign during May. Volunteers are offering to install the alarms in various parts of the Greater Kansas City and Northwest Missouri Chapter area. (Red Cross photo by Aaron Smullin)

American Red Cross volunteers and Kansas City, Kansas firefighters hit the streets recently as part of the national Sound the Alarm campaign to install 50,000 free smoke alarms in homes during May.

Sarah Clark-Williams, disaster program manager for the Red Cross Chapter of Greater Kansas City and Northwest Missouri, was on hand to stress the importance of having working smoke alarms.

“Today, our goal is to install smoke alarms for those in need,” she explained to those gathered at the Stony Point North Elementary School. “A working smoke alarm can cut the risk of dying in a home fire by half.”

Two volunteers, Margot Cadigan and Thomas Hullander, joined up to help canvas an area around the school.

Margot enjoyed the experience and had participated in previous years to help those in need.

“We really love being active in the community and giving back,” she said.

Volunteers not only installed new alarms but tested those already in houses to make sure they were working properly. Homeowners received education on fire safety and making evacuation plans.

Home fires on average claim seven lives every day but since the campaign began in 2014, more than 1,200 people have survived home fires because of smoke alarms that were installed.

Through home visits throughout the nation, more than 2.3 million free smoke alarms have been installed, 982,000 households have been made safer and 1.8 million people have been reached through Sound the Alarm,

Sound the Alarm is the perfect reminder to practice a two-minute fire drill from your home to a designated safe meeting place. This should be done at least twice a year.

Everyone on the household should know two ways to escape from each room in the house. In a real fire, remember to get out, stay out and call 911. Never go back inside for people, pets or things.

When it comes to smoke alarms, it’s important to test each one monthly. You should hear three beeps to let you know the alarm is working. If you don’t hear any beeps or if the alarms are more than 10 years old, it’s time to replace it.

If you would like a smoke alarm installed in your home, go to www.redcross.org/smokealarmMO and fill out the form or call 816-385-5955.

If you would to become a Red Cross volunteer, go to www.redcross.org/volunteer to begin the process or call 800-RED-CROSS. 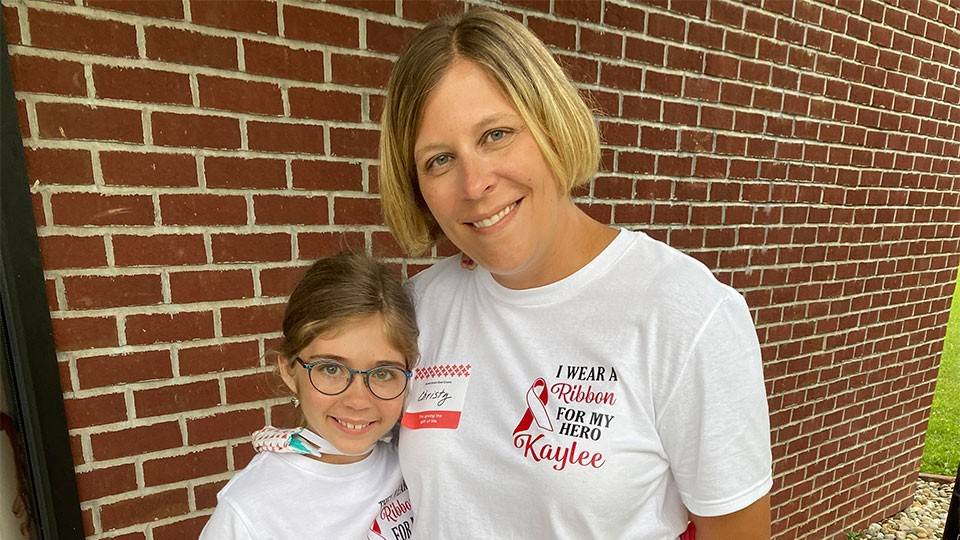 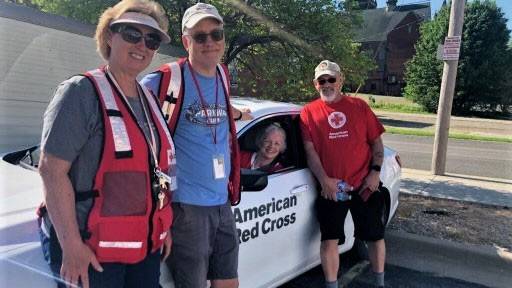 Follow these Steps for a Safe 4th of July
.type=article.p=1
View All
/content/redcross/en/local/missouri/about-us/news-and-events/news/sound-the-alarm-takes-place-in-greater-kansas-city-metro