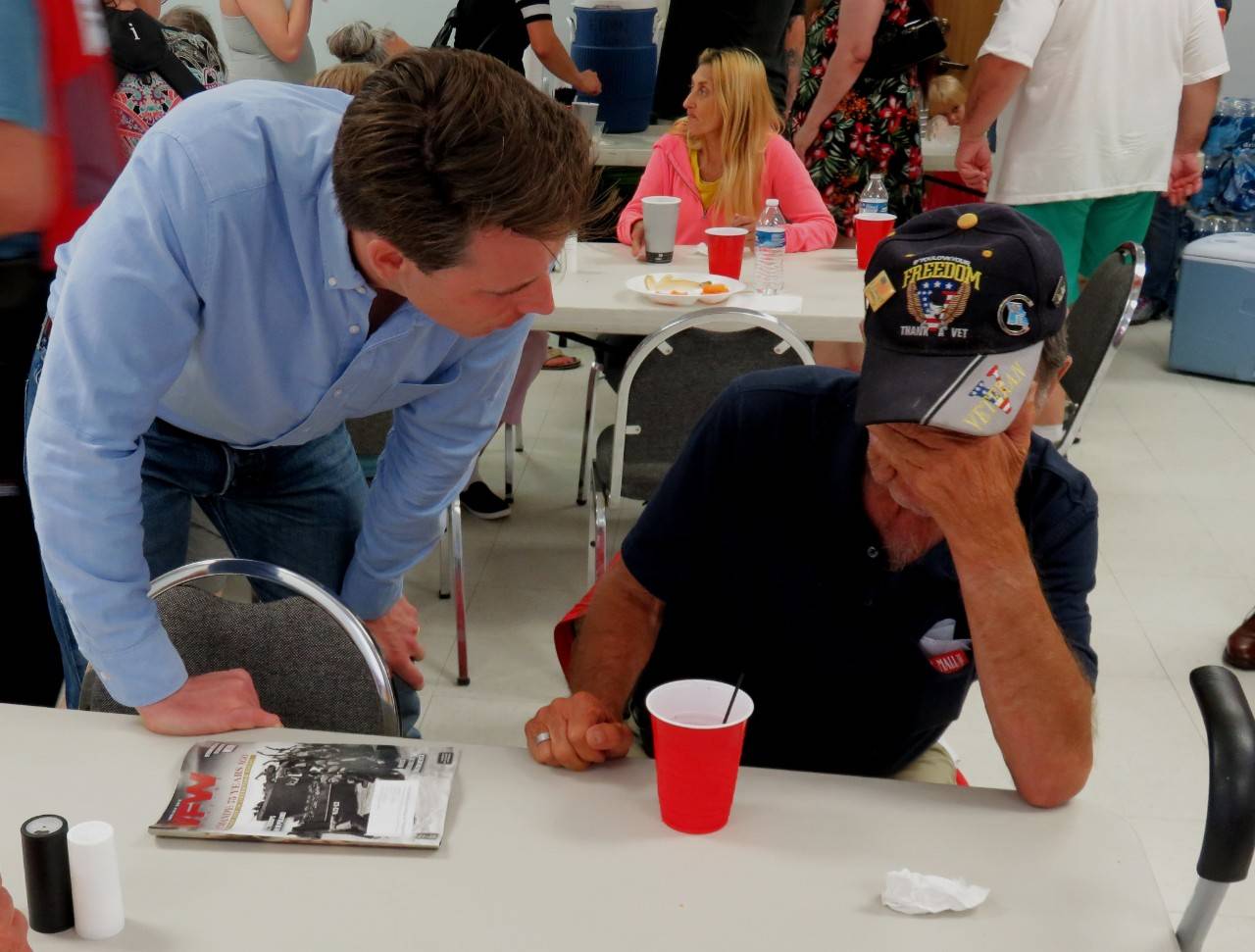 May 26, 2019 – U.S. Sen. Josh Hawley talks to Lewis Rogers, who’s overcome by emotion as he talks about how his apartment was damaged by a tornado that went through Eldon the night of May 22. The senator stopped by the Red Cross shelter in Eldon on May 25 to talk to those staying there because their homes were damaged by the tornado. (Red Cross photo by Carl Manning) 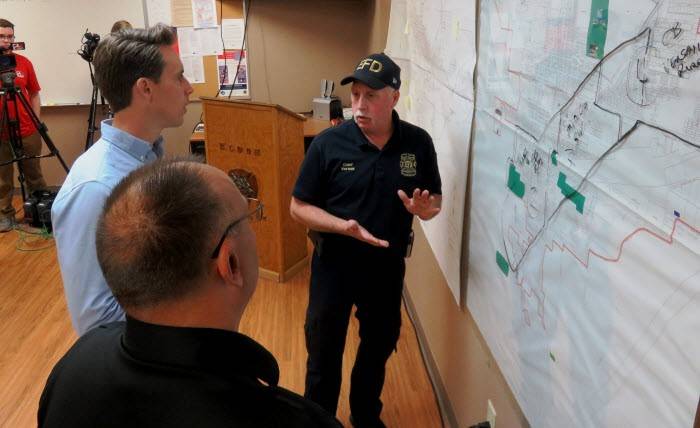 ELDON, Mo., May 26, 2019 – U.S. Sen. Josh Hawley of Missouri is briefed by Eldon Fire Chief Randy Vernon about where the tornado struck Eldon the night of May 22. The senator was in town May 25 to check out the damage and visited the Red Cross shelter those impacted by the storm where staying. (Red Cross photo by Carl Manning) 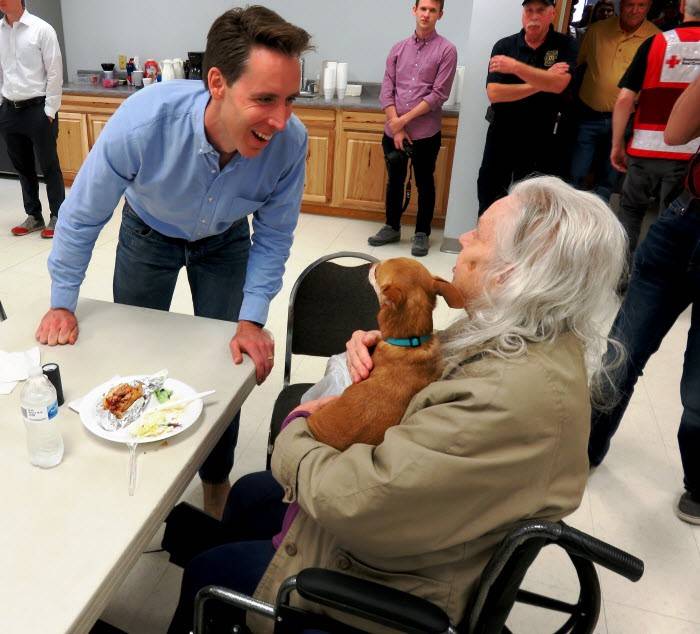 ELDON, Mo., May 26, 2019 – U.S.  Sen. Josh Hawley visits with Beverly Martin at the Red Cross shelter in Eldon, Missouri on May 25.. She came to the shelter after her home was damaged by a tornado that went through Eldon the night of May 22.

Lewis Rogers is a quiet man, not prone to idle chatter. But everyone who knows him says he’s truly a man with a heart of gold.

When Lewis was forced out of his apartment by the tornado that tore through Eldon the night of May 22, he quickly pitched in and helped Red Cross volunteers open the shelter for those needing a place to stay, including setting up cots and whatever else was needed.

After the storm struck, the Red Cross set up shelters in Eldon and Jefferson City and were help by people like Lewis who wanted to pitch in to get the job done.

Recently, U.S. Sen. Josh Hawley of Missouri visited the rural mid-Missouri community where he was briefed by Fire Chief Randy Vernon, who showed on a map where the tornado had touched down and the damage it caused.

The senator then walked to the nearby shelter where he chatted with volunteers and those staying there. He walked into the dining area where folks were having lunch and stopped to talk to those eating, asking how they were doing and listening as they told him of their night of horror.

He walked up to Lewis and as he was telling his story he stopped, covered his face with his hand and started to weep. The senator who had been standing, pulled up a chair and set next to Lewis and listened as he finished his story.

Afterward, he said the roof on his building had been damaged and the rain poured in, soaking just about everything he owned.  Whether he can return to home remains to be seen, but even if he has to find another place to live, he wants to stay near Eldon where he’s spent most of his 79 years.

Asked if he was shedding tears because of what he lost in the storm, he slowly shook his before answering.

“It was what I went through, but also the fact that there were those worse off than me. I want the other people to come before me,” he said. “It’s what I feel inside – others come first.”