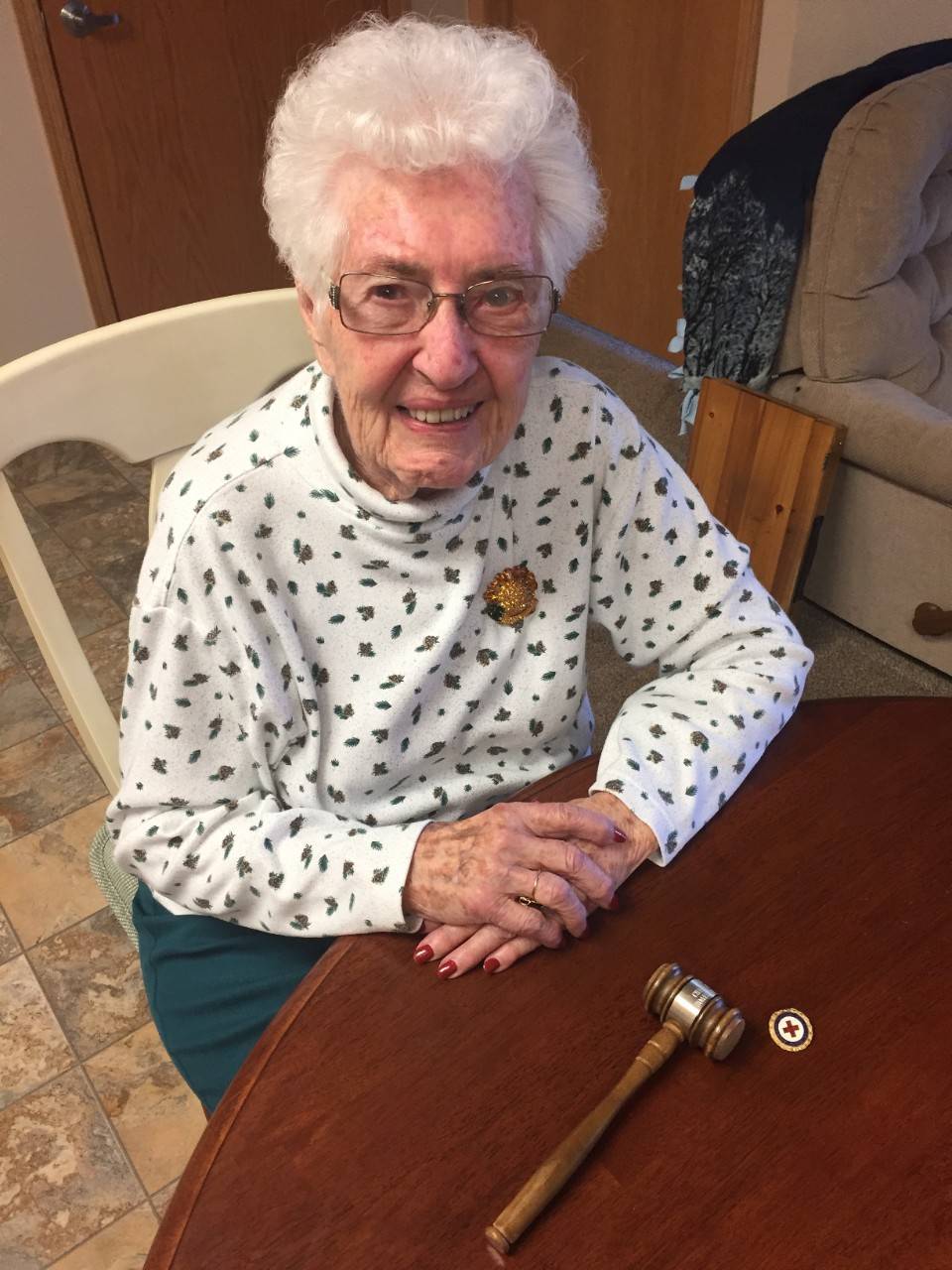 “I’ve always had a feeling for Red Cross, a good feeling.”

Doris Graham, 95, misses volunteering — a role she held for 50 years.

For more than half of those years, Doris used her skills as a registered nurse as a volunteer with the Sioux Empire Red Cross, now the Eastern South Dakota Chapter, located in Sioux Falls, S.D.

The very first station she worked at sat at the end of a street where a train turntable was located. Volunteers treated a variety of ailments, everything from broken bones to head lice.

Red Cross stations were often setup at events, such as concerts, where large groups of people gather.

“We quit doing things that did not have a high probability of accidents,” Doris said. “One time we were asked by a stamp collection place, they didn’t need a first aid station.”

First aid stations were also set up at corn husking contests, which led to some memorable events for Doris.

She recalled one incident when a man fainted due to the heat. When he woke up, he asked her to find his friend so she walked up and down the rows to find him.

“It was a hot day. Whenever we did first aid stations, we were always in our white dresses,” Doris says, adding the dresses were made of heavy cotton.

She also saw former President Hubert Humphrey when he attended a corn husking contest during his campaign.

“He was riding in a convertible. Those kinds of things were interesting,” Doris says.

Like today, the Red Cross also had stations set up to assist victims during disasters such as floods and fires.

As Nursing Service Chairwoman, Doris was in charge of recruiting nurses like herself to assist at the first aid stations.

“I called for all of the nurses to fill in all the hours. Some of the hours were 24 hours,” Doris says. “I had about 25 to 35 nurses to choose from. I called them and called them.”

In addition to fieldwork, Doris also became the first female chairperson of the Sioux Empire Red Cross Board of Directors in 1973.

“I was kind of proud to be the first woman chairperson,” Doris says. “They didn’t have many women on the board.”

Doris’ work with the Red Cross included teaching home nursing classes where individuals learned how to give baths and take temperatures. She also taught a health class for the South Dakota Barber College.

“I did whatever they asked me to,” Doris says. “I think that’s probably why they thought I would be a good chairperson.”

Doris retired from the Red Cross in 1977 when her husband retired.

After a two-year trip, Doris and her husband began to spend winters in Arizona and summers in Sioux Falls.

While she didn’t return to the Red Cross, Doris continued her volunteer work at a hospital in Mesa, AZ, until about 2005.

During those years, Doris continued to support the Red Cross with annual donations, which continue today.

“I’ve always had a feeling for Red Cross, a good feeling,” Doris says. “I know they do a great job.”