The American Red Cross planned a series of Sound the Alarm. Save a Life. smoke alarm installation events across the United States from April 27 to May 13, 2018. The goal was to hold events in every state and install 100,000 free smoke alarms in just three weeks.

Together with volunteers and community partners, the Dakotas Region of the Red Cross held five events during the signature period. Free smoke alarms were installed in neighborhoods across Fargo, West Fargo and Casselton, ND; Moorhead, MN; and Huron, SD.

The Red Cross exceeded its regional goal of installing 750 alarms by 165. In just three weeks, a total of 915 smoke alarms were installed, helping make 330 households safer. Along with the installation of new alarms, volunteers replaced 90 batteries in existing smoke alarms, while also educating residents of the importance of having working alarms and practicing home fire escape plans.

The smoke alarms installed in North Dakota, South Dakota and Northwestern Minnesota were part of the nationwide installation of 122,259 smoke alarms in 50,445 homes from April 27 to May 13.

Overall, the Dakotas Region served 861 people during these Sound the Alarm events.

The number and those served included:

Every day, seven people die in home fires, most in homes that lack working smoke alarms. Children and the elderly lose their lives more often, according to statistics gathered by the American Red Cross.

If you or someone you know is in need of smoke alarms, click here to make a request. A Red Cross representative will contact you to schedule free installation. The Red Cross is able to install smoke alarms free of charge thanks to generous community partners. We’d like to thank Border States Electric and Sanford Health for being Premier Event Sponsors, and Gate City Bank, Nodak Insurance Company and Goldmark Property Management for being Supporting Event Sponsors.

Since the Home Fire Campaign began in 2014, the Red Cross and its partners have installed more than 1 million smoke alarms nationwide. More than 14,000 alarms have been installed in the Dakotas Region since the campaign began. 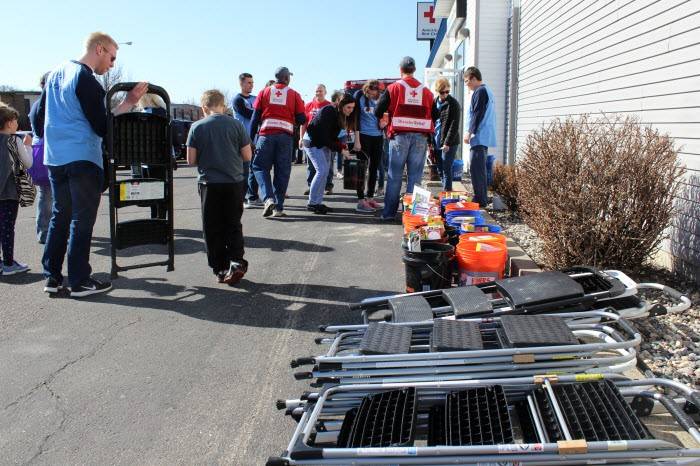 Sound the Alarm volunteers getting supplies ready at a Red Cross office. 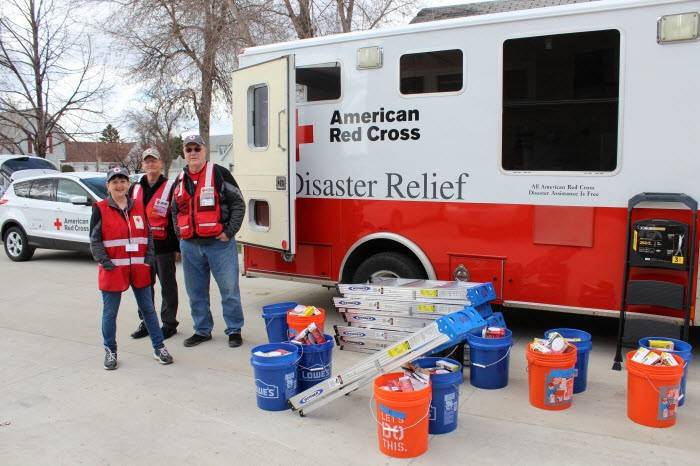 Volunteers in front of an emergency response vehicle getting ready to install smoke alarms during our Sound The Alarm national campaign.

Get Ready for Another Busy Hurricane Season; Become a Volunteer
.type=article.p=1
View All
Support the Red Cross