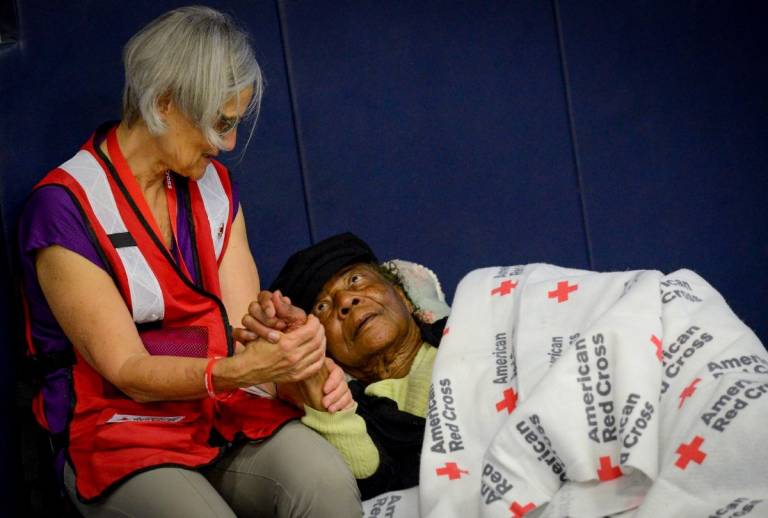 Shelter resident, Elizabeth is 82 years old. She evacuated her home on September 12 due to Hurricane Florence. She speaks highly of her favorite Red Cross volunteer, “I am grateful of Ms. Elaine’s help. She has been taking care of me.” 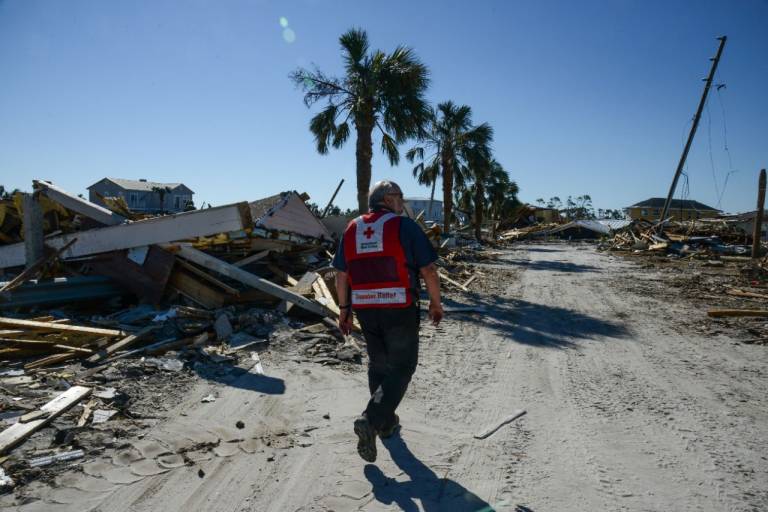 Minnesota volunteer David Schoeneck in Mexico Beach, Florida on October 13, 2018. Hurricane Michael inflicted a monstrous amount of damage to this beach-side community as it slammed into the the Florida Panhandle with almost 150 mile per hour winds. Almost every building suffered severe damage. 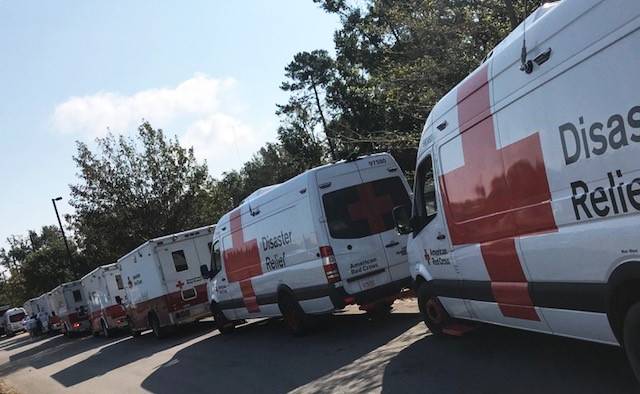 North Dakota volunteer Kyle Pearson takes a photo of Emergency Response Vehicles. They are being loaded with food and relief supplies, which will be delivered to people in neighborhoods hit hard by Hurricane Florence. 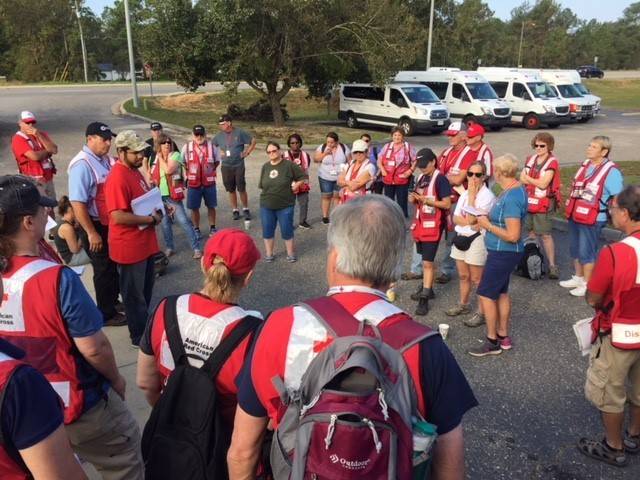 As the year comes to a close, the Red Cross continues to help those affected by major disasters. In just the past week, we’ve responded to the earthquake and ongoing aftershocks in Alaska, while also helping people recover from this fall’s wildfires in California, Hurricanes Michael and Florence on the East Coast, and Typhoon Yutu on the Mariana Islands.

In the face of large crises this year, the Red Cross mobilized more than 14,000 disaster workers—90 percent volunteers—who:

Nationwide, we also provided recovery support for tens of thousands of households rebuilding their lives—whether it was connecting them with community resources, helping them create recovery plans or providing financial assistance for those severely affected.

Here in the Dakotas Region, Red Cross volunteers worked tirelessly to help neighbors devastated by more than 400 local disasters, such as the Watford City Tornado, the Vineyard Wildfire and hundreds of home fires.

Home fires are the nation’s most frequent disaster, accounting for the vast majority of disasters that the Red Cross responds to in the U.S. This year, the Red Cross has provided recovery support for more than 73,000 households affected by home fires.

Our work continues today, as families face increased fire risks from heating equipment, decorations and cooking during the holidays and winter months. That’s why we’re working to keep people safe through our Home Fire Campaign, which has reached more than 1.6 million people and saved at least 474 lives nationwide since it launched in October 2014.

RECONNECTING LOVED ONES AFTER CRISES

In 2018, the American Red Cross helped reconnect more than 12,000 loved ones after being separated by disasters and humanitarian crises worldwide. Following disasters in the U.S., we helped reconnect more than 3,000 people like Diane Papedo and her brother, who was displaced from his home by wildfires in California. Diane had worried about her brother’s fate until she learned he was at a Red Cross shelter. Reuniting with him there, she immediately felt a sense of relief. “I saw him right away, it’s a miracle,” Diane said. Read more about how the Red Cross helped reconnect loved ones during the California wildfires.

HELPING AROUND THE WORLD

As part of the world’s largest humanitarian network, the American Red Cross aided people impacted by disasters and humanitarian crises all over the world in 2018. This year, the American Red Cross responded to 20 disasters around the globe—from a tsunami in Indonesia to a volcano in Guatemala. We deployed emergency responders to disaster zones in seven countries and sent humanitarian aid to more than 18 countries, including cash assistance, lifesaving supplies and trained disaster responders.

Help people affected by disasters like wildfires, storms and countless other crises by making a donation to Red Cross Disaster Relief. Your gift enables the Red Cross to prepare for, respond to and help people recover from disasters big and small across the United States. Please consider making a donation today. Visit redcross.org or call 1-800-RED CROSS (1-800-733-2767).

Thank You for Your Support
.type=article.p=1
View All
/content/redcross/en/local/mn-nd-sd/about-us/news-and-events/news/second-year-of-record-breaking-disasters