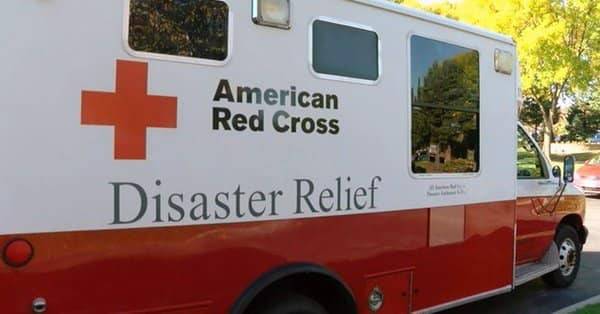 (Editor’s Note: The subject of this story has requested her last name not be used.)

Sixty-six-year-old Linda was happy to return home to her apartment after visiting friends the evening of November 14, as she planned to fix herself a bite to eat and settle in to watch the Country Music Awards on television. But as she moved about her apartment, she detected the faint smell of smoke.

“I had read about smoke drifting inland from the California wildfires, and I figured that was what I was smelling,” she said.

As she quickly discovered, the smoke was coming from a source much closer – the apartment directly above hers. Just then a neighbor pounded loudly on her door and yelled, “Fire! Get out!”

“I don’t know what might have happened, if it hadn’t been for that man who called 911 and then took it upon himself to alert the residents,” she said. “That man, along with one other, ran to every apartment in the complex. He was alerting me to the danger, even as the fire was raging in the apartment above us. Both of those guys were truly brave – just guardian angels.”

Linda grabbed a few items, including her cane, and on her way out of the building, used it to bang on the door of the tenant on the ground floor, who had already turned in for the evening. Rousing him, she helped him head for the door, but he didn’t want to leave without his cat.

“The cat must have been scared and was hiding,” Linda explained. “So, I shook a bag of cat food and he came running. I gathered him up, along with the food, and out we all went.”

“I was so shocked, I didn’t really have time to be scared,” she said. “What I remember most from the incident is the kindness of so many people – the neighbors who spotted the fire and acted quickly to alert residents to the danger; the Red Cross, who helped us with emergency funds for food, clothing and lodging; and even the landlord, who helped me find a place to stay while my apartment is being repaired.”

Red Cross Disaster Action Team recovery caseworker Dale McAndrews says that on average, the local Red Cross responds to more than 200 home fires a year. “If lives are impacted by disaster, the Red Cross is there to help,” McAndrews said. In addition to fires, the team responds to disasters caused by tornadoes, floods, chemical spills and other accidents.

“We address the short-term emergency needs of victims,” he explained, “and direct people to additional resources in the community that may help with long-term needs.”

As firefighters brought the blaze under control, the Red Cross set up in a neighboring apartment, to interview displaced tenants and assess their immediate needs, issuing them pre-loaded credit cards so they could obtain lodging. The Red Cross also covered gaps in moving expenses for Linda, so that she could remove salvageable items from her apartment and secure storage until she can return.

“And they have followed up with me since that time,” Linda said, “just to make sure I’m doing OK.”

Linda’s apartment was one of two to sustain significant damage, as firefighters were forced to cut holes in the floor between her apartment and the one above it, as well as in kitchen and bedroom walls. They also had to break in the balcony door.

“I am grateful for caring neighbors, and for organizations like the Red Cross,” Linda says. “I’ve never been through anything like this before, and it was totally unexpected.”

To provide local victims of home fires and other disasters with emergency assistance, donations can be made online at www.redcross.org, or mailed to: American Red Cross Kansas, Nebraska and Southwest Iowa Region, 2912 South 80th Avenue, Omaha, NE 68124.

10 Ways to Keep Your Pets Safe this Winter
.type=article.p=1
View All
/content/redcross/en/local/nebraska/about-us/news-and-events/news/november-apartment-fire-response