Red Cross Plans to Sound the Alarm in Glens Falls

Red Cross Announces Plans to Sound the Alarm May 4 in Glens Falls, NY 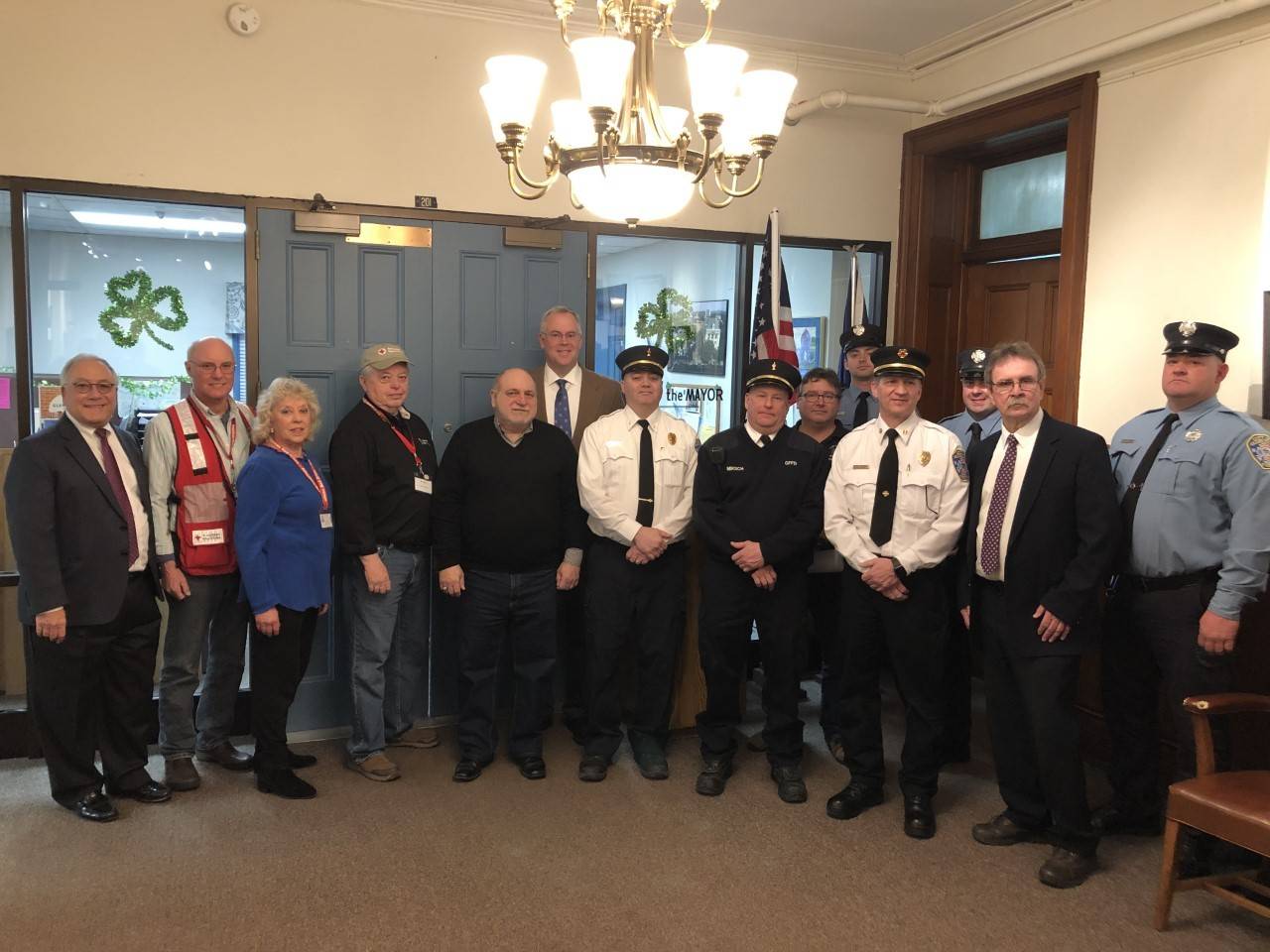 The American Red Cross of Northeastern New York has announced plans to hold its largest local fire safety event of 2019 – a signature Sound the Alarm event in the City of Glens Falls – on Saturday, May 4, 2019. For the second year in a row, the Red Cross is teaming up with volunteers and partners across the U.S. for a two-week push to install 100,000 free smoke alarms in more than 100 cities and towns nationwide. Locally, the Red Cross is joining forces with the City of Glens Falls for a one-day, community-wide event focused on making homes safer and preventing home fire tragedies.

“Across our region, Red Cross volunteers respond to nearly 500 fires each year. Home fires are the biggest disaster threat in every community we serve, and too often, they result in tragic loss of life,” said Gary Striar, regional CEO for the American Red Cross. “We want to put an end to these tragedies, which is why we’ve joined forces with the City of Glens Falls to Sound the Alarmand save lives.”

“We appreciate the opportunity to partner with the Red Cross in this important event,” said Glens Falls Mayor Daniel Hall. “The safety of the residents of the Glens Falls area is of utmost concern and we’re grateful to the Red Cross for its leadership in promoting fire safety and especially for the Sound the Alarm initiative.”

“Around our nation over many decades the American Red Cross has become known for helping so many recover from tragedies,” said Assemblyman Dan Stec. “Here in Eastern New York these events quite often are residential fires that destroy homes and claim lives. The Sound the Alarm program that is installing thousands of smoke detectors in homes nationally will undoubtedly save lives. I am thankful for the Red Cross partnering with the City of Glens Falls and local volunteers to bring 1,000 smoke alarms to our community’s homes. Together we will make our city a safer place to live!”

“We are proud to be part of this program and support the efforts of the American Red Cross in providing smoke detectors and fire safety education in our community,” said Glens Falls Fire Chief James Schrammel. “We believe this program will enhance the efforts of our fire department and will improve the safety of the residents in the City of Glens Falls.”

Homes fires claim seven lives every day in the U.S. – most often in homes without working smoke alarms. Sound the Alarm fire safety and smoke alarm installation events are part of the Red Cross Home Fire Campaign, launched in 2014 to prevent needless tragedies from home fires. So far, the campaign has reached more than 1.7 million people and saved more than 500 lives nationwide. In the Eastern New York Region, Red Cross volunteers and partners have installed more than 17,000 free smoke alarms and saved at least 19 local lives to date.

On Saturday, May 4, local volunteers and partners will go door-to-door in Glens Falls, canvassing neighborhoods to install free smoke alarms and help families create home fire escape plans. In order to achieve the goal of installing 1,000 smoke alarms in a single day, the Red Cross estimates that they will need approximately 300 volunteers to participate in this signature Sound the Alarm event. Volunteer registration is open now at redcross.org/STAGlensFalls. All volunteers will be trained and assigned to teams that will work together to install alarms and provide lifesaving education to local residents. 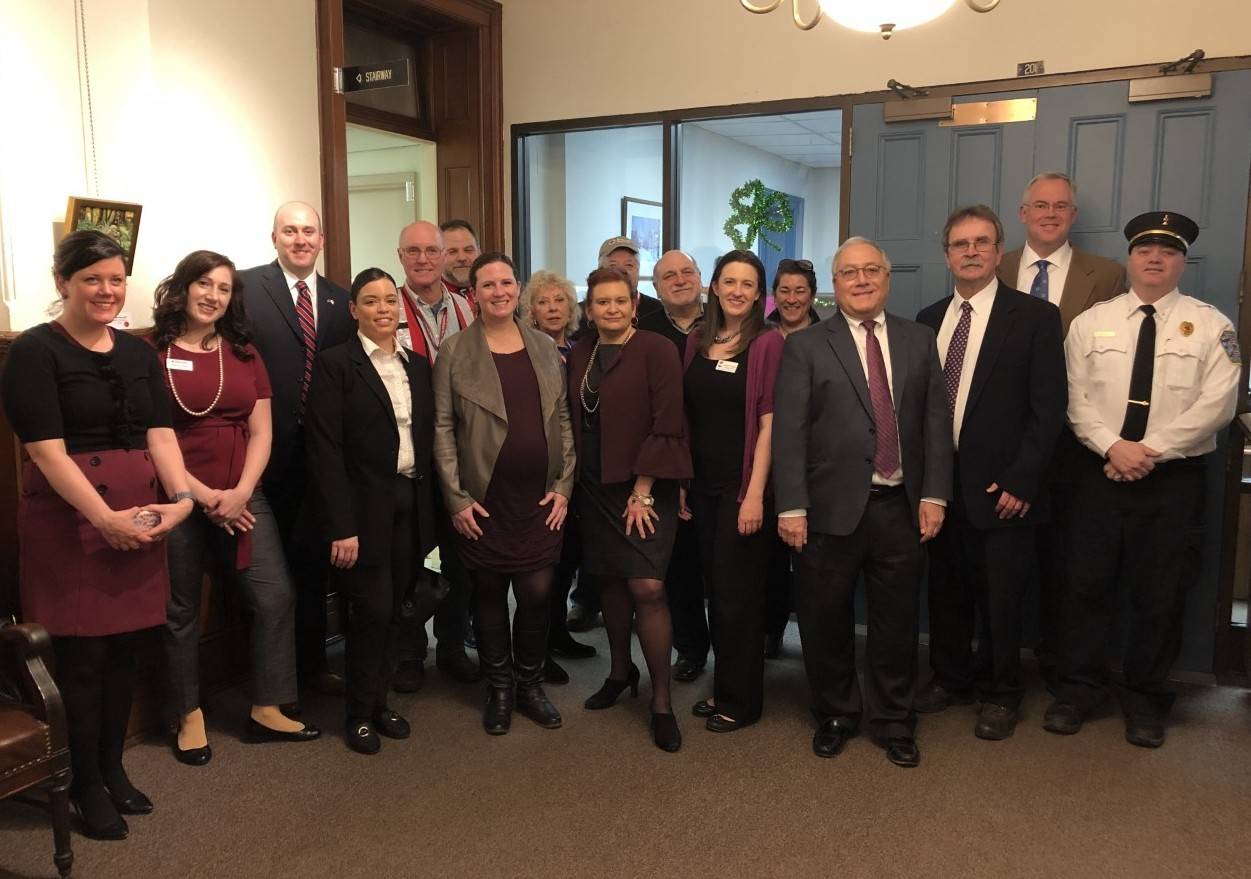 “Installing 1,000 smoke alarms in a single day is no small task. We’re grateful to the partners who’ve already committed to help us, and we’re counting on the rest of our community to come together to make a lifesaving impact,” added Striar. “We hope you’ll join us to Sound the Alarm by volunteering to install smoke alarms, donating or fundraising to support the cause, and helping to spread the word about fire safety.”

To learn more and get involved, visit soundthealarm.org/eny. From this site, people can sign up to volunteer, start a Sound the Alarm fundraiser, make a financial donation, learn more about home fire safety, and request free smoke alarms from the Red Cross.

Join us at the Albany Capital Center on March 31, 2023 for the 2023 Fire & Ice Gala and support the lifesaving mission of the American Red Cross in your community.