Each year, the Red Cross presents the Acts of Courage Awards to those residents of Summit, Portage and Medina Counties who have acted courageously and selflessly in a time of emergency.

This year we are also honored to recognize Joe and Pam Kanfer! They will be the recipients of the 2023 H. Peter Burg Community Leader Award!

Please join us as we celebrate these amazing members of our community!

You can purchase your tickets or a table sponsorship at: https://AOCGA23.givesmart.com

This year's event presented by Gojo 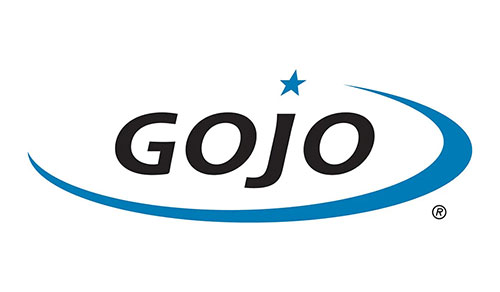 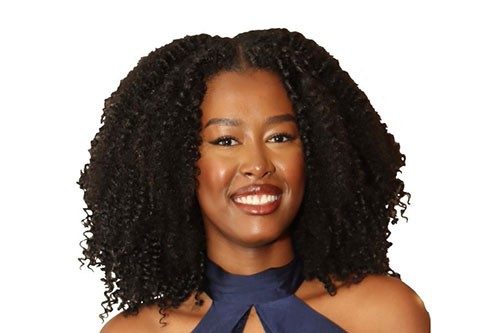 While sitting at a traffic light at V. Odom and Raymond St., a motorist careened wildly down the street, crashing into the car in-front of LaDonya Williams and her father, off-duty Akron Police Department detective, Donny Williams.

A woman leapt out of the vehicle, screaming that her 7-month-old baby was choking. Working quickly, LaDonya pulled the 7-month old child out of the car and successfully performed infant abdominal thrusts, taught by the American Red Cross.

LaDonya, who in addition to being a licensed day care worker, is a professional model, and was supposed to be in Chicago on a modeling job, but canceled at the last minute. It was a decision that may have saved that baby’s life. 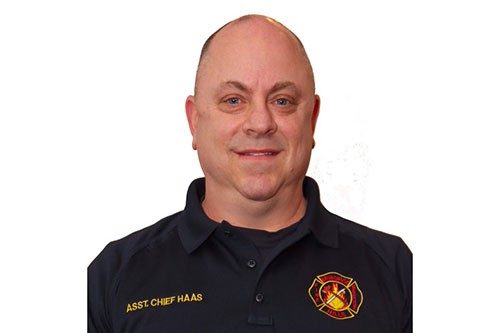 On just the second day of a family vacation to Mexico, Brunswick resident Tim Haas played the hero. While at the main pool of the resort where the family was staying, Hass, saw a 2-year-old girl being taken out of the pool.

The child had drowned. She was not breathing and had no pulse.

Tim utilized his extensive training and performed CPR until she was revived, about two minutes later.

Emergency personnel at the resort then responded, and later told Haas the girl was “doing well.” 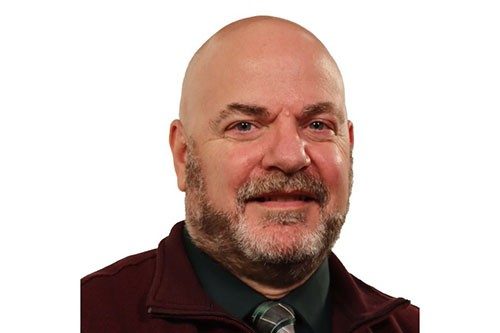 Eighth grade Assistant Principal Anthony Hermann was helping clean up on a Taco Tuesday during lunch at Barberton Middle School. As students were getting ready to return to class, Mr. Hermann was called on to use the first aid training he and other administrators are required to learn.

A student was choking on his meal and unable to verbalize his distress. Mr.Hermann could tell immediately what was wrong and moved into action. As he patted the child’s back, trying to dislodge the food that was blocking his airway, the student passed out.

As the situation unfolded, Mr. Hermann called for the room to be cleared and began to perform abdominal thrusts to dislodge the food. Eventually, the student regained consciousness. 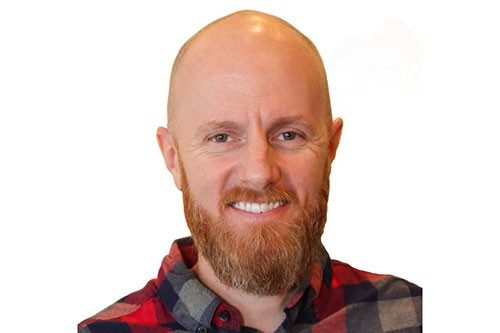 During Macedonia’s SummerFest 5K in 2021, Recreation Supervisor John Doyle was clearing the trails toward the end of the run and noticed a man face down on the trail. Recognizing him as the runner who had just passed him, John immediately radioed for EMS and approached the man. After performing multiple rounds of CPR, several other workers arrived with an AED and LUCAS device.

The runner regained his pulse and was breathing before being taken to the hospital. 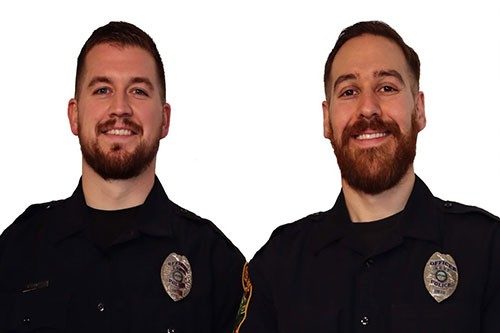 A 14-year-old girl was babysitting a 1-year-old around 8 a.m. on a Saturday morning, when she heard someone trying to get inside. Unable to get away, she hid in a bathroom and bravely called 911. Through whispered exchanges, she spoke with dispatch.

Two Kent police officers, officer Lenny Kunka and officer Kyle Auckland, responded to the call. Almost immediate shots were fired by the intruder. Officer Kunka was shot in the hand. Officer Auckland’s bullet-resistant vest saved his life when he was shot in the chest.  Both officers have recovered.

The suspect was subdued and arrested. 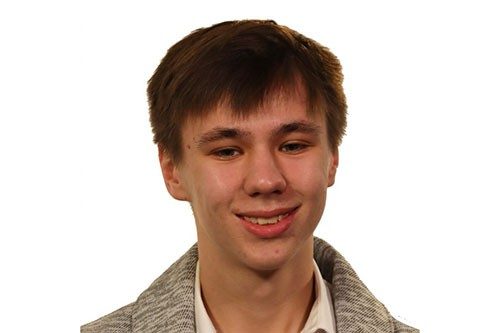 While vacationing in Topsail, North Carolina, 19-year-old Stow resident Travis Shrout went swimming. While at the beach, he noticed a mother and young child in distress in the water.

Travis pursued them using his body board. He first reached the mother and gave her the body board. He then swam toward the boy, who was struggling to stay above the waves some 10-yards away. Travis used his Red Cross lifeguard training to calm and rescue the boy, navigating both mother and son out of the rip current and safely to shore.

Each year since 2004, the Red Cross takes an opportunity to present a community member, who has spent a lifetime pursuing good deeds, with the H. Peter Burg Community Leader award. This year, we are proud to present this award to: 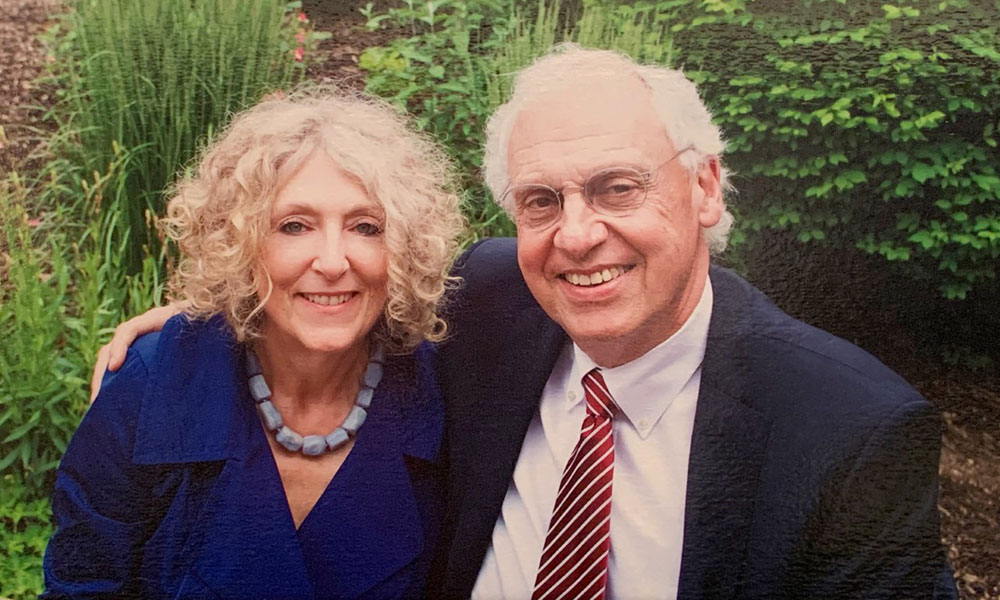 Joe and Pam Kanfer have been leaders in the Akron community for nearly four decades. Throughout that time, they have left their mark in numerous ways including their contributions to public health, Akron’s growth and development, dyslexia intervention and research, public education, and the Jewish community, creating a ripple effect that will last well into the future.

Joe currently serves on the GOJO Industries Board of Directors and as Venturer, having been GOJO Chairman and CEO from 1976 to 2018. Under his leadership, GOJO established itself as the world’s leading provider of institutional and commercial hand hygiene with a focus on hospitals, foodservice establishments, offices, and other public settings. Numerous innovations followed, including the 1988 invention of PURELL® Hand Sanitizer, which revolutionized the world of hand hygiene. PURELL® Hand Sanitizer was launched as a consumer product in 1997, soon becoming a household name.

Joe is active in national Jewish affairs and is the past Chair of The Jewish Federations of North America. He served on the Jewish Agency for Israel board and is the past Chair of The Jewish Education Service of North America, the Akron Jewish Federation, and The Lippman School. He is also a Founding Director of Lippman Kanfer Family Philanthropies. He was the founding Chair of Honeymoon Israel, a venture to bring young couples, many interfaith, to Israel and foster community when they return, and Vice Chair of Leading Edge, dedicated to building talent pipelines for leadership in Jewish organizations. Joe is also a venture investor in the United States and Israel, serving as Chairman of Startvest Partners, which develops biotech startups in Israel, and a founding Partner of Walnut Ridge Investments.

Joe was a member of the Executive Committee of the Greater Akron Chamber Board of Directors. He is the past Chair of Akron Tomorrow and past Vice Chair of The University of Akron Board of Trustees.

For more than 40 years, Pam Kanfer has held numerous lay and professional positions at The Lippman School, including School Director, general studies and Hebrew teacher, and Board President. Pam is the past Chair of the Akron Hebrew High School. As a Certified Dyslexia Therapist, she also maintains a private practice.

She is a former treasurer of the Northern Ohio Branch of the International Dyslexia Association, presently serving on their Advisory Board. She served on the Ohio Legislative Executive Committee, comprised of members from the three International Dyslexia Ohio chapters, which were instrumental in the passing of two Ohio laws: HB-96 involves screening all incoming Kindergarteners to ensure that at-risk students receive proper instruction, and HB-157, which sets up training programs to educate teachers in the field about dyslexia and how to meet these students’ needs in the classroom. Pam was also instrumental in editing the Ohio Dyslexia Guidebook, which was adopted by the Ohio Board of Education in 2021. The Guidebook contains information regarding the best practices and methods for universal screening, intervention and remediation for children with dyslexia.

Pam is also a member of the Ohio Board of Regents Task Force, which worked with the Ohio Department of Education to introduce new standards for teaching reading. She successfully implemented American Sign Language as an official language credit at Revere High School. She is currently part of the instructional staff at Neuhaus, a nonprofit organization that trains teachers in structured literacy.

Pam and Joe have four children and fifteen grandchildren whom they hope will follow in their footsteps of community service.

Please consider supporting our work with your gift.