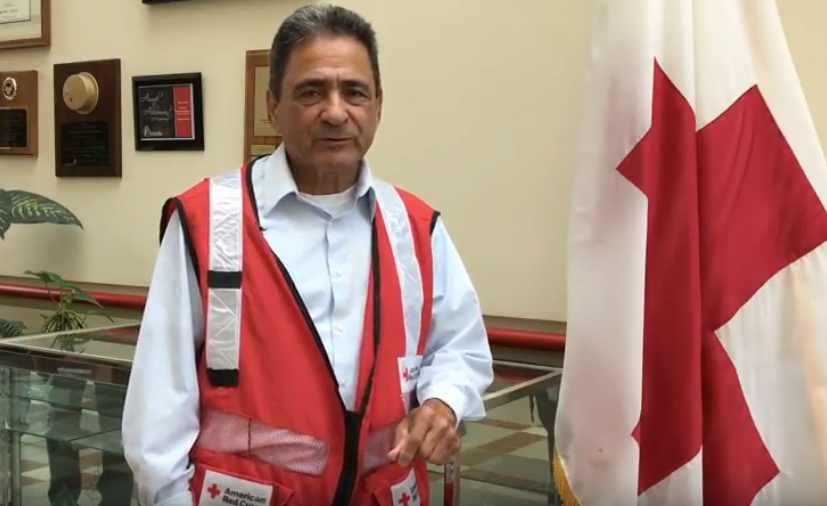 Edgardo Padin is a clinical psychologist who helps treat veterans in the Northeast Ohio VA Healthcare System. This experience made him a valuable member of the volunteer team that responded to the wildfires in California this summer.

This was Ed’s first deployment as an American Red Cross disaster mental health worker. He wasn’t quite sure what his role would be, as he explained in an interview recorded shortly before he left for California. Shortly after arriving, Ed found himself in a Red Cross shelter, counseling people who had just lost their homes and all of their belongings.

“I did a lot of talking to people,” he said. “I calmed them down and gave them some idea of what was happening by showing them how the fire was going on my iPad. Information was really important to them.”

Ed said that while he did provide a lot of mental health services, it wasn’t the only thing he did during his 10-day deployment.

“We had a Norovirus outbreak that we just had to work at and maintain so that it wouldn’t spread throughout the entire shelter,” he explained. “We collaborated with the University of Santa Cruz, which sent EMTs to help us. They worked 24-hour shifts just like we did.”

“We are so thankful that Ed offered his immense expertise to help people affected by this crisis,” she said. “I have no doubt his work in California made a difference in the lives of the people he touched.”

Volunteers are needed every day to respond to local disasters like home fires and to deploy to wildfires, hurricanes and other national disasters. Click on Volunteer at the top of this page to volunteer to help people in need.

Get Ready for Another Busy Hurricane Season; Become a Volunteer
.type=article.p=1
View All
/content/redcross/en/local/ohio/northern-ohio/about-us/news-and-events/news/psychologist-deploys-to-california-to-help-wildfire-victims