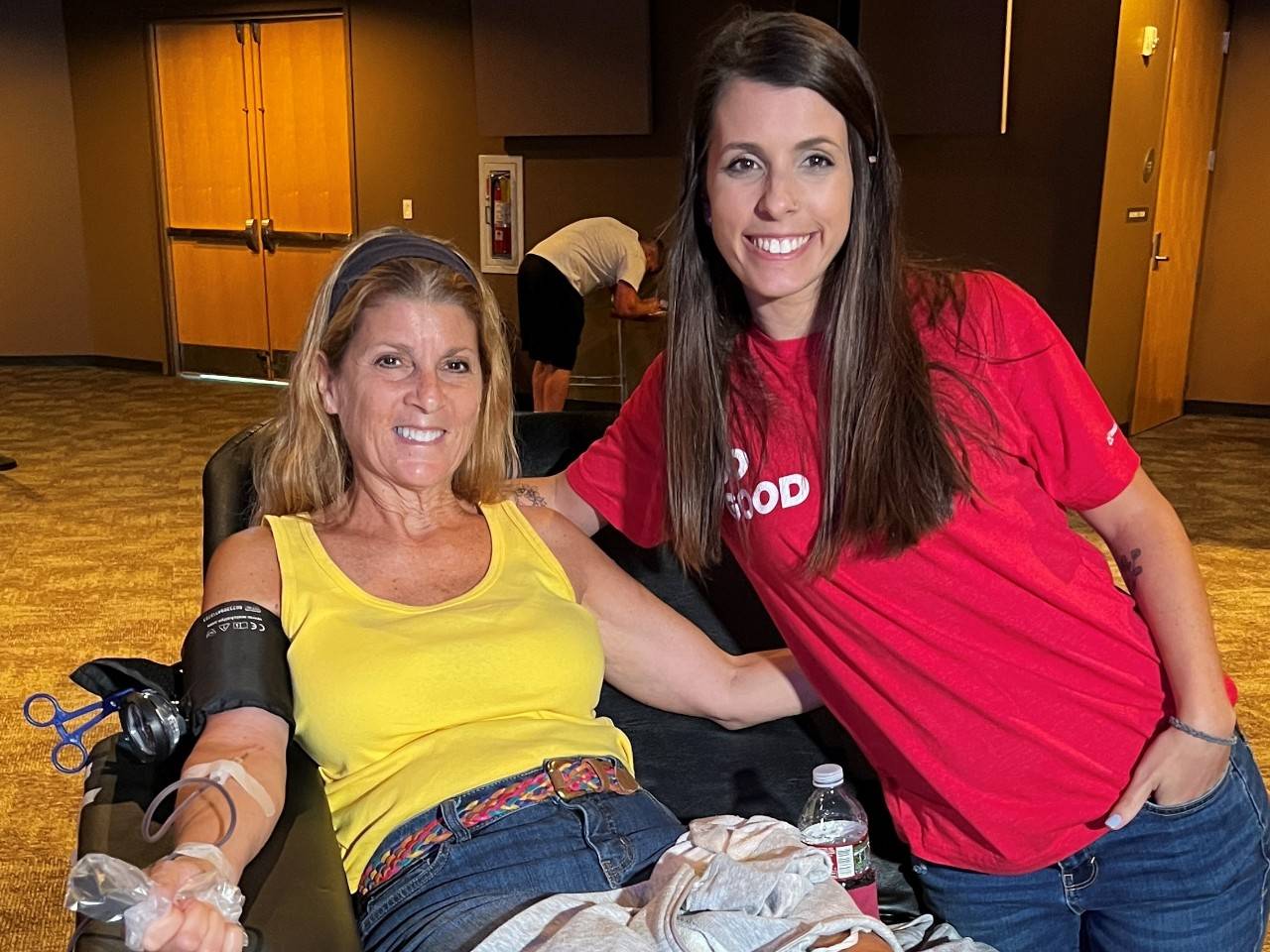 Kasia Birdwell (right) and her mother

Friday, May 13, 2022, is a day bookended by joy and sadness for Kasia Birdwell. That morning, she proudly graduated from nursing school at Collin College. After her commencement ceremony, she rushed to her father’s bedside at Medical City Plano and showed him the video of her crossing the stage at graduation. He had always supported her dream of becoming a nurse. Sadly, it was one of the last moments the two would spend together.

Her dad, Allen Free, passed away an hour after watching the video. He had been in the hospital for weeks at that point. However, if it wasn’t for the generosity of strangers who had donated blood with the American Red Cross, he might have not lived long enough to see his daughter graduate.

“Becoming a nurse was always a huge dream of mine,” Birdwell says. “He was a huge supporter of mine and kept pushing me to keep going and keep going. He held on until the very end, until I graduated. He just knew how important that was. It couldn’t have panned out more perfectly with the circumstances.”

Free checked into the Medical City Plano for a routine surgical procedure scheduled for April 14. Everything went smoothly and the surgery was successful. Soon afterward, he suffered a massive heart attack—his heart even stopped for a time. A team of doctors and nurses were able to restart his heart and get his blood flowing again, but the damage was done.

Aside from going into cardiac arrest, later scans showed that he also suffered multiple strokes, had internal bleeding and would need to have his spleen removed. In total, Free received over 70 units of blood—all provided by the Red Cross—during his procedures and month-long hospital stay to keep him alive.

“We couldn’t have done this without all the amazing physicians, nurses and all the providers that were there to be able to take care of my dad,” Birdwell says. “Also, the resources we had there—[Medical City Plano is] a level one trauma facility. If he were anywhere else, he wouldn’t be able to be cared for the way he was there.”

After he passed, Birdwell, who now works at Medical City Plano as a surgical technician, decided that she needed to do something to not only honor the memory of her father but also give back to the community. After her dad received so many units of blood, she decided that hosting a blood drive with the Red Cross would be perfect.

The Allen Free memorial blood drive took place on July 5 at Chase Oaks Church in Plano, Texas. Birdwell had family, friends and members of the church walk in and register to donate throughout the day. The location of the blood drive was particularly special for the family as well. It was held in the same room as Free’s memorial service.

The drive collected 32 units of blood, with 21 donors giving for the first time. Twelve of the units collected were type O positive and four were O negative. Type O blood is always in high demand at hospitals. While O positive is the most frequently occurring blood type, O negative can be used in transfusions for any blood type and is used most often during emergencies.

Blood donations kept Allen Free alive long enough to see his daughter fulfill her dreams of becoming enough. While he is no longer around, his memory lives on. Birdwell is grateful for all the donors whose blood helped her dad see her graduate. The blood collected in his honor will undoubtedly affect the lives of many and may help another family make lasting memories.

To register for an appointment to donate blood near you, visit redcrossblood.org. If you would like to learn more about hosting a blood drive, follow this link.