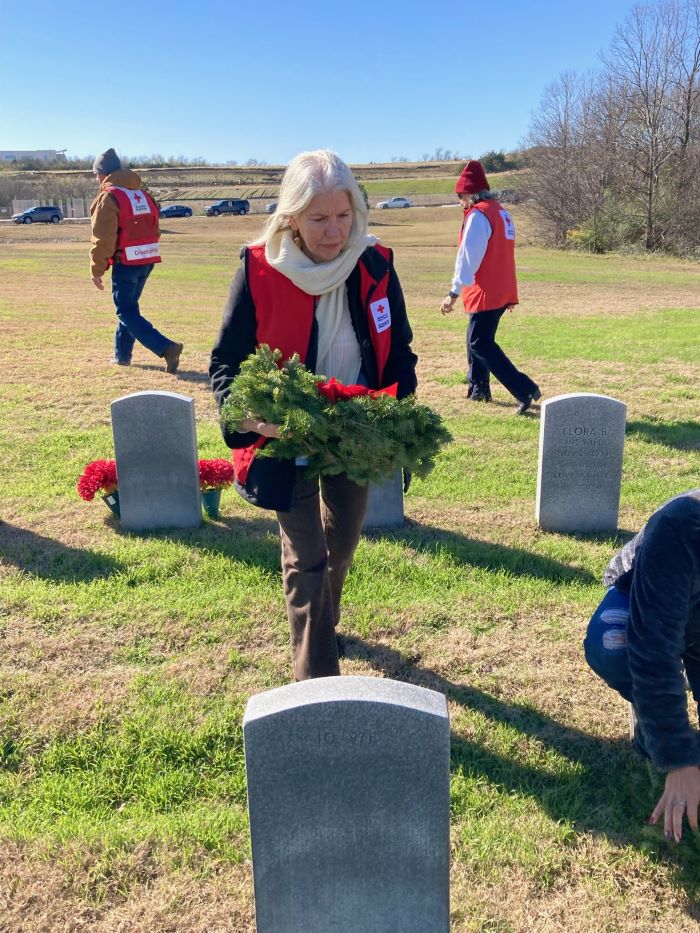 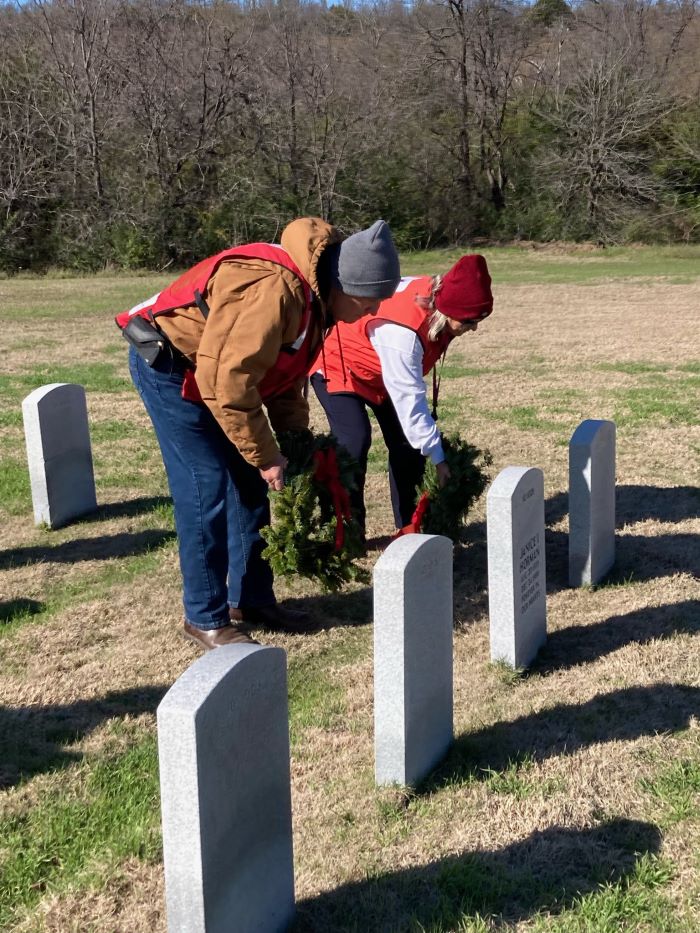 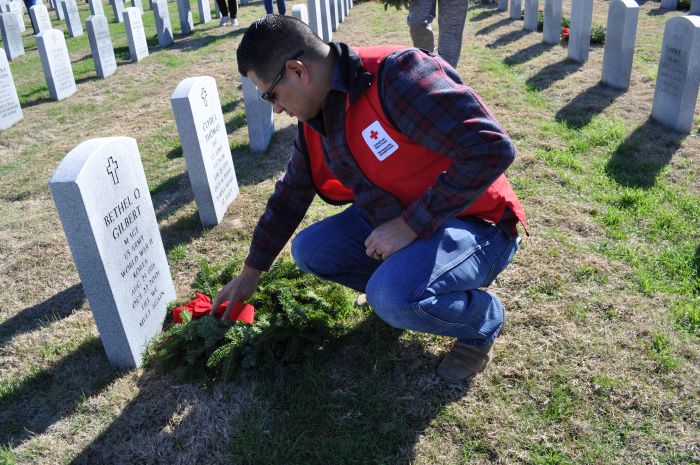 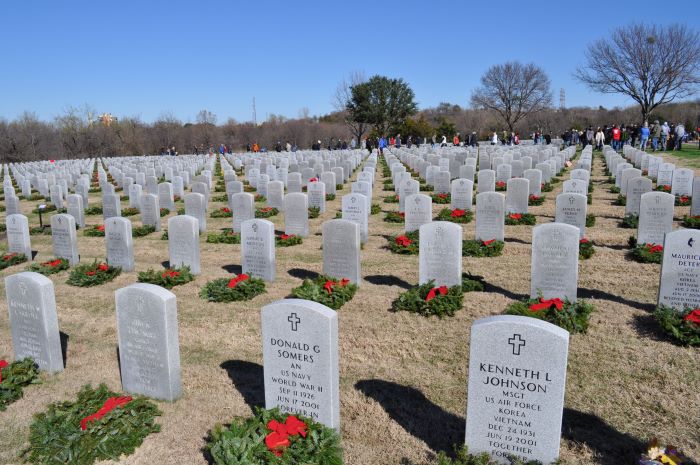 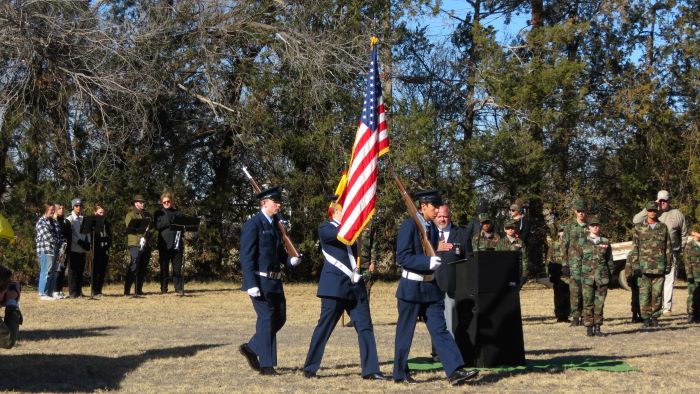 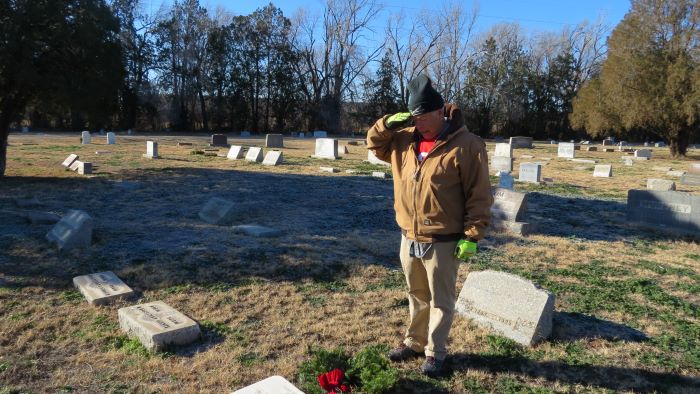 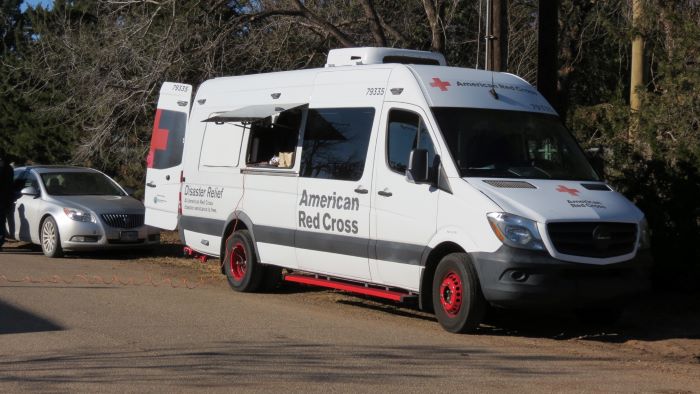 December can be a busy time of year, but dedicated volunteers across the country made time on Saturday, December 17 to lay wreaths at the resting places of veterans at more than 3,400 locations in all 50 U.S. states.

In Texas, American Red Cross Service to the Armed Forces employees and volunteers fanned out to cemeteries across the state to help lay wreaths as part of National Wreaths Across America Day. Red Crossers from the North Texas Region took part in ceremonies at the City of Lubbock Cemetery, Dallas-Fort Worth National Cemetery and Texas State Veterans Cemetery at Abilene.

In each location, ceremonies honored each branch of the military as well as prisoners of war and those missing in action. Red Cross volunteers in Lubbock placed around 950 wreaths at the gravesites of soldiers. The Red Cross Panhandle Plains Chapter was also on hand to serve hot coffee and cocoa from their Emergency Response Vehicle on the frigid morning.

At Dallas-Fort Worth National Cemetery, ceremonies began with a flyover and a bagpiper playing Taps. Red Cross volunteers were among the thousands in attendance on a clear, bright morning to place handmade wreaths throughout the cemetery. Each wreath had 10 balsam-tip bouquets — signifying a quality of a fallen hero such as strength, honesty and love — and a red velvet ribbon to pay homage to the deceased as their name was said aloud.

National Wreaths Across America Day is done in coordination with wreath-laying ceremonies at Arlington National Cemetery in Virginia. The Red Cross is honored to participate as part of its ongoing support for veterans and their families and to reflect on the meaning of sacrifice the U.S. military makes on behalf of the country.

Please visit our Flickr to see more pictures of the day’s events.