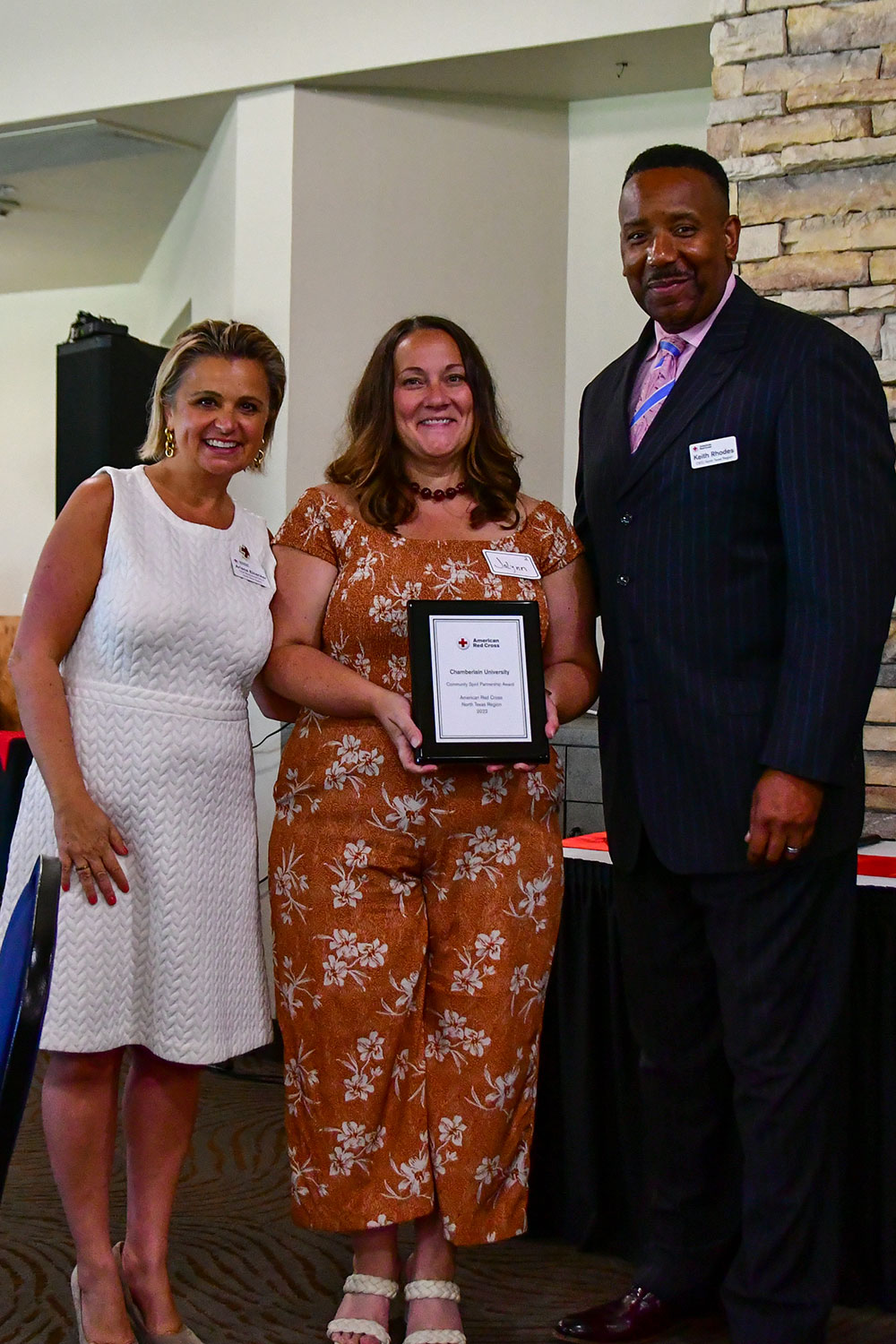 Nurses don’t just care for patients; they play a larger role in supporting and maintaining the overall health of communities. That’s something that both the American Red Cross and Chamberlain University recognize. It is what drew the two organizations together in North Texas.

The Red Cross North Texas Region and Chamberlain’s Irving, Texas campus have a mutually beneficial partnership centered on community health nursing. Chamberlain designed its curriculum to not only prepare nursing students to be successful medical professionals, but to also integrate Red Cross training and programs to grow and foster public involvement through volunteering.

“A lot of our students are now volunteering and participating above and beyond with the Red Cross,” said Dr. JoLynn Deal, Assistant Professor at Chamberlain’s Irving, Texas campus. “That’s great because we’re teaching them that in your professional practice that you have to volunteer in the community as part of your career ladder and your growth and development.”

Chamberlain is one of the nations’ leading producers of nursing graduates. Its three-year program is the leading grantor of Bachelor of Science in Nursing degrees to underrepresented students of color in the United States. The school boasts more than 100,000 graduates nationwide. Students at the Irving campus begin their Red Cross training during their final year.

“We started having meeting with [Chamberlain] and found out what their needs were and what their course objectives were,” said Carol Miller, Disaster Health Services Volunteer Program Lead, Red Cross North Texas Region. “[Our services] kind of fit into their Community Health curriculum. So, the students actually are getting eight hours of training from us. That is part of the credit for that course.”

Earlier this year, Chamberlain even had two Pedro the penguin costumes made to help with presentations to children. Dr. Patricia Perryman, president of the Irving campus, presented one of the costumes as a thank you to the Red Cross disaster preparedness team for use across the North Texas Region.

“We were able to give a Pedro costume to the disaster team so they can use it at their community events,” Deal said. “We have one for Chamberlain. So, our students now, first time this session, are able to dress up in the Pedro costumes for our little people when they are doing the presentations.”

Their work isn’t limited to the Pedro and Pillowcase programs, though. Chamberlain students work with the Disaster Services Team on “Sound the Alarm,” the annual Red Cross effort to install smoke alarms in homes and educate families on how to prepare for, respond to and recover from home fires. They also volunteer with Red Cross blood services, naturally, becoming blood ambassadors and volunteering for at least two blood drive shifts.

“A lot of students, above and beyond those two shifts they do for clinical, decide that they want to volunteer even further,” Deal said. “They end up doing five or six blood drives throughout their time [in the course]. Then they’ll continue that throughout their schooling and then even into their career.”

Even more important is the education the BSN students receive by learning about the role nurses play in Disaster Response Operations within the community. Students train beside Red Cross Disaster Health Service workers and engage in the fundamentals of Disaster Health services through highly interactive disaster simulations. They can then use this knowledge during in-person disaster response in their local community if a situation arises.

“We go into the classroom and on a one day, an eight-hour classroom day, we actually teach components of the disaster nursing course for the Red Cross,” said Miller “We teach Health Services Fundamentals I and II, and then we teach Disaster Health Services simulation, which is actually scenarios of different levels of disaster, starting from the Disaster Action Team support all the way up to your major disasters.

“We present the scenarios that get increasingly complex, and then we have the students work in small groups to solve the solutions and come up with their recommended actions and share it with the group. Then we discuss it together as a group. So, it's a very interactive course.”

This gives students a unique clinical experience. Nurses are trained and equipped to continue with the Red Cross beyond college, once they earn their license, as full Disaster Health Service Associates.

These opportunities with the Red Cross are only available at the Irving campus for now, but it the partnership is expanding. Chamberlain has campuses in Houston, Pearland and San Antonio, located in the Texas Gulf Coast and Central and South Texas (CSTR) regions, respectively. These campuses are working with their Red Cross regions to duplicate and implement the programs from North Texas across the state.

“I've been involved in some of the coordination meetings with CSTR and Gulf Coast Health Service leads and in Chamberlain representatives,” Miller said. “It's kind of exciting to see I know that this is expanding.”

It’s an eye-opening experience for the students, Deal says. Working with the Red Cross allows them to see first-hand the importance of nurses play, the role they play in the overall health of communities and the impact they can make once they graduate.

“It really is fostering not just the partnership but the education that goes into it,” Deal said. “I think it’s neat to see even though the students are like, ‘It’s a lot.’ When they come out the other side, I explain to them that this is going to help set them apart. ‘Not only did I volunteer, but I volunteered this many hours with an organization that is known.’ They volunteered with the Red Cross.” 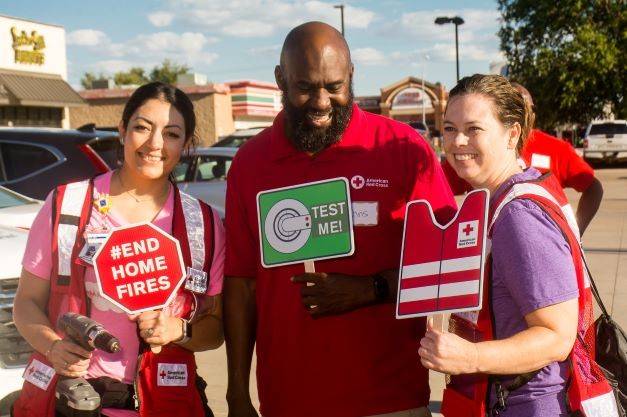