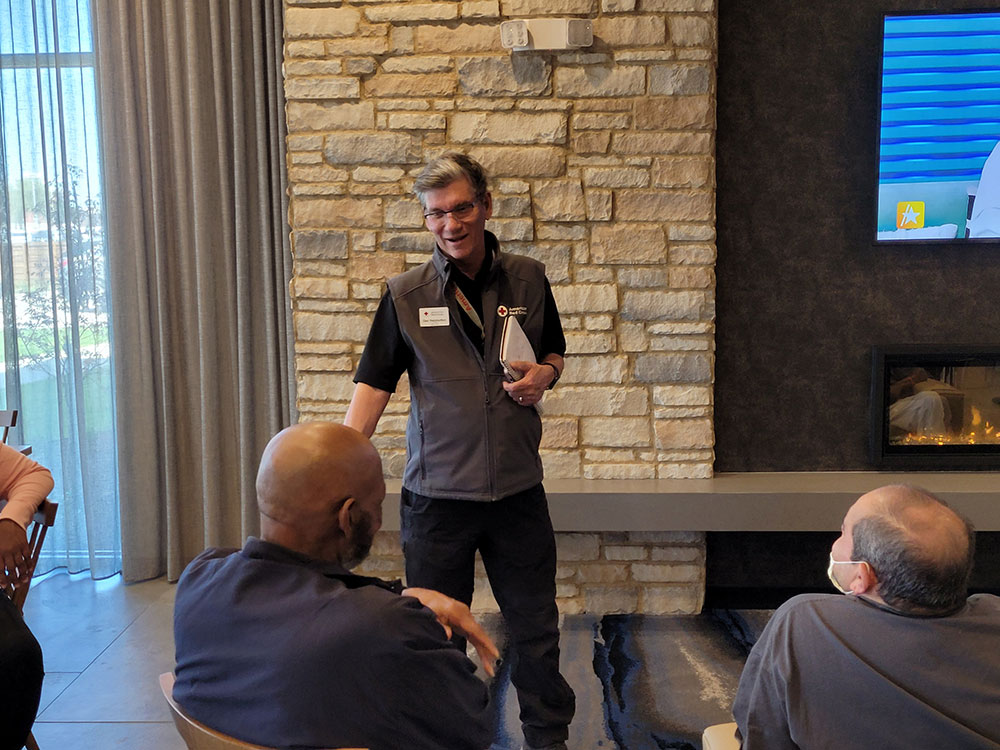 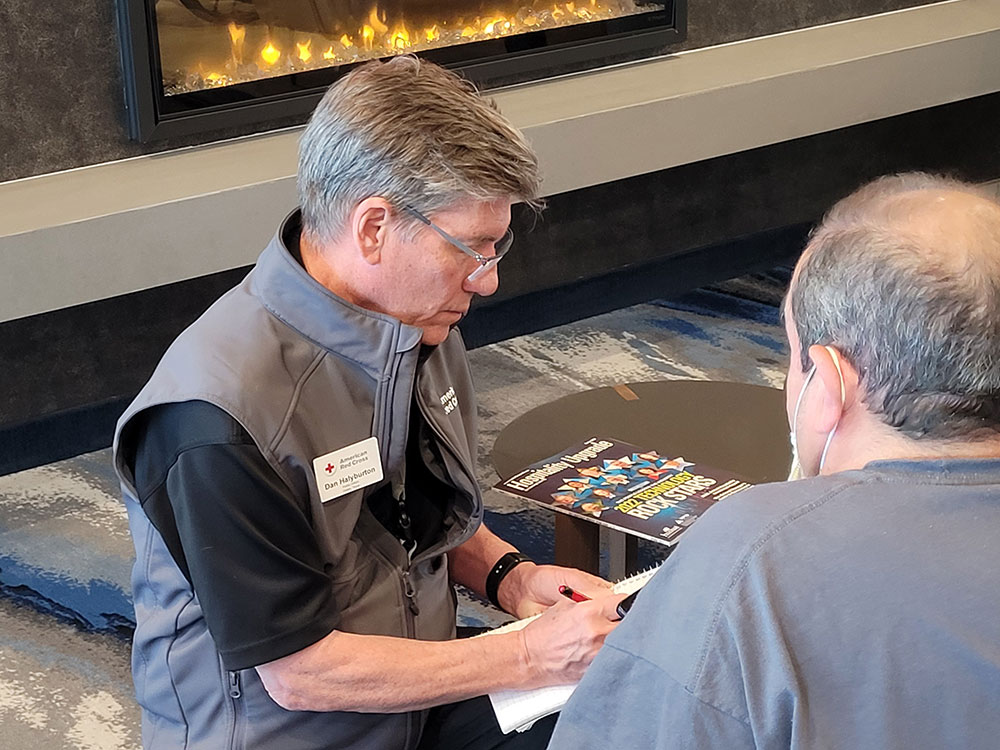 Dan Halyburton. Red Cross Dan. Dan Haly-gadget. We all know Dan by different names. But when there is a disaster in the U.S., Halyburton is probably there telling the Red Cross story and how they help people impacted by disasters.

Halyburton has always been working with the media. His career began in radio, and he’s been all over the U.S. in various roles. He started as a DJ in Miami, worked up to program director, and was recruited to be the operations manager for KPLX and KLIF, which brought him to Dallas, Texas. A few years later, he became general manager of KPLX and KLIF, and stayed in that role until it was sold in 2006.

Kind of a Big Deal

In the country music industry, he’s kind of a big deal.

Interestingly, the only award on display at his home is the Country Radio Broadcasters Tom Rivers Humanitarian Award he received in 2018.

As his career wound down, he decided he needed to do something to keep him busy. So, he joined the Red Cross in 2009. He missed getting out in the community and helping people.

“I always thought of myself as a good human, and now I guess I wanted to be a humanitarian,” says Halyburton.

Growing up in Florida, Halyburton was aware of the Red Cross and how they helped people during hurricanes. He was – and still is – a self-described “weather freak” and saw what work the Red Cross was doing in communities.

After talking it over with his wife, Kristy, he decided to sign up to be a Disaster Action Team volunteer. However, Jennifer Jackson, the volunteer coordinator for public affairs, saw his application and suggested that he should join the public affairs team.

“I never thought of myself as an adventurous person, but I love an adventure,” said Halyburton.

So, the adventures began.

His first outing with the public affairs team was to Corsicana, Texas, to an apartment building that lost its roof in a straight-line windstorm.

“Just seeing my teammate [Tonya Solis-Mosby] walk up to the people who were now homeless and start talking to them, and assuring them we were there to help, made me realize, ‘I can do this.’”

Since then, Halyburton has been on more than 50 disaster relief operations.

Recurring Call to the Mission

Halyburton volunteers for the same reason most of us do.

“I remember this family – mom, teenage boy and a dog – just standing out on the street having lost everything in a flood. The boy looked up at me and said, ‘We just don’t know what to do.’”

That moment summarizes why Halyburton is so passionate about his Red Cross work. He knew he could help this family.

“Anyone who has been there in that moment, in some small way, just shows up when someone really needs that help … to be a part of that team and to know how that feels, to know it matters. I didn’t know everything, but I knew I could help them in their first step back to a regular life.”

It matters to Halyburton to be a part of the team and deal with all the challenges facing someone who suddenly finds their worlds turned upside down. And to let them know they are not alone; the Red Cross is there to help.

And Halyburton and all his gadgets? “I guess that’s an unintended result of this,” he shrugs.

When he started with the Public Affairs team, he only had his iPhone 4. You couldn’t edit video on it, and the files had to be small enough to upload to the network.

Halyburton quickly learned to tell the story in less than 20 seconds, since that was the maximum file size the network would allow.

Since then, Halyburton has upgraded his iPhone, “acquired” more and better cameras, lighting, audio recording devices, editing software, and the list goes on.

But it’s all to better tell the story of the Red Cross and how they are helping people impacted by a disaster find their first steps back to their normal life.