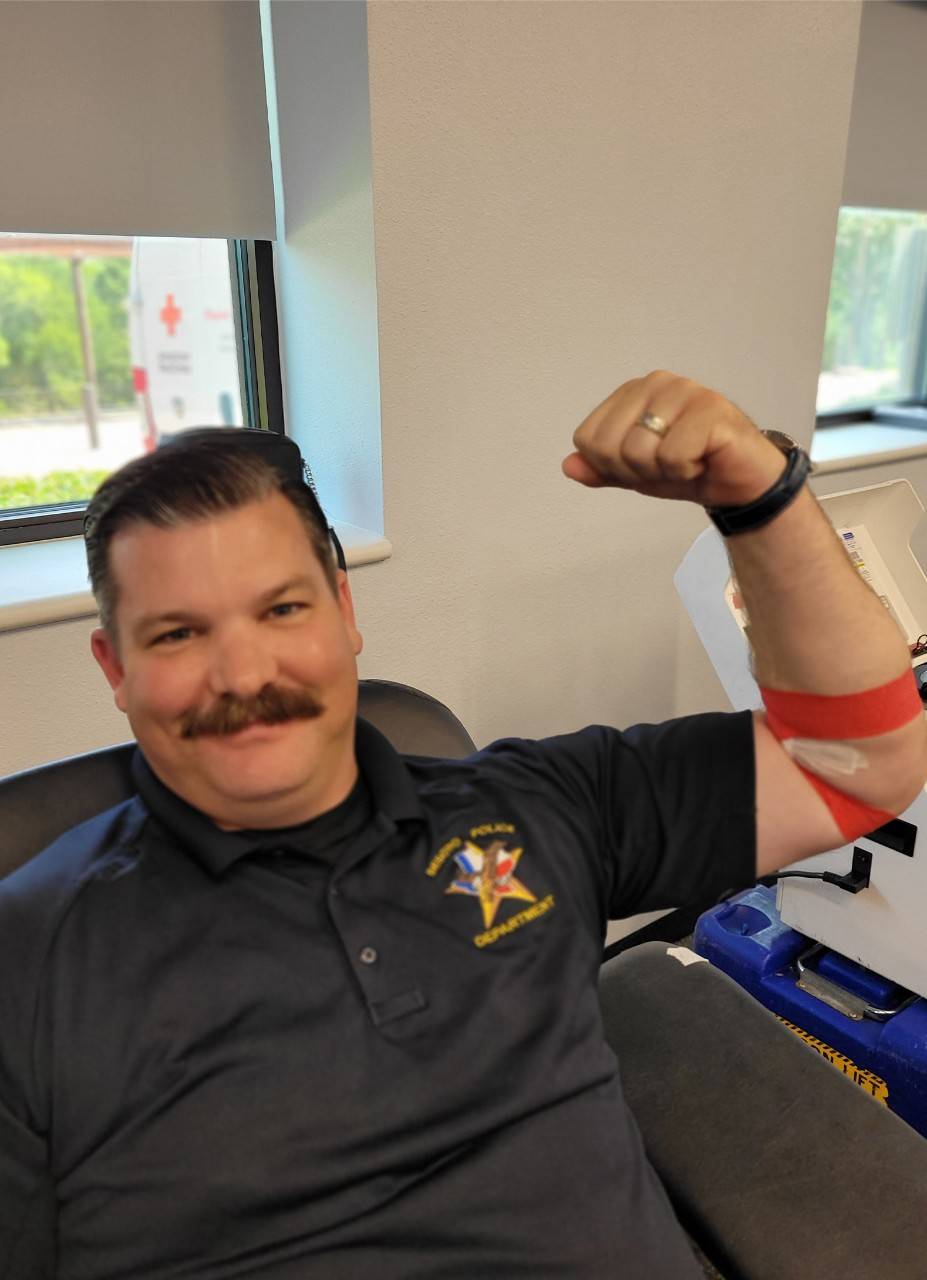 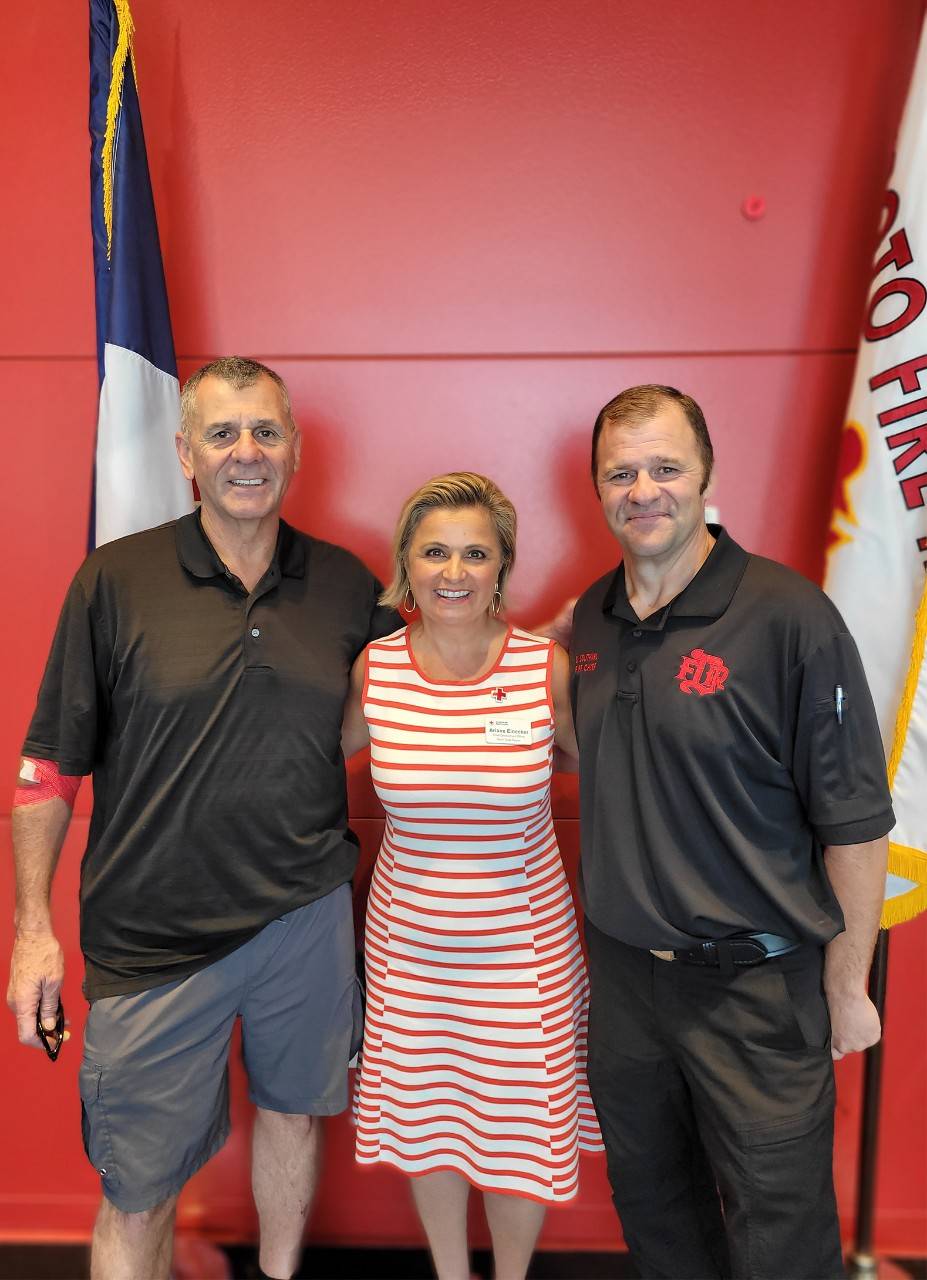 The City of DeSoto, Texas held its first-ever Battle of the Badges blood drive event in June. Partnering with the American Red Cross North Texas Region, DeSoto Fire Rescue and the DeSoto Police Department competed to see who could recruit more blood donors to promote a healthy blood supply and raise awareness of sickle cell disease.

“We can’t work without the police, and they can’t work without us,” said Chief Bryan Southard, DeSoto Fire Rescue. “So, we come together in a friendly competition to try and get more of the community to come help us save lives by donating blood. In that, we do this competition where we see who can have more donors come and donate in their name.”

Firefighters, police officers, city employees and residents rolled up their sleeves to donate throughout the day at the DeSoto Library and Fire Station No. 2. Both locations collected a total of 64 units of blood, and 34 individuals who gave were first-time donors. In the end, the DeSoto Police Department “won” the day, receiving 36 votes from donors while DeSoto Fire Rescue received 32.

“The community support for the Battle of the Badges was overwhelming,” said Ariane Einecker, Interim CEO, American Red Cross North Texas Region. “The blood donations we collected in partnership with the DeSoto fire and police departments will help make a positive impact on the lives of patients in need throughout North Texas.”

Twenty-four units of blood were collected from individuals who self-identified as African American—37.5 percent of all donors. Blood donations from the Black community are important in helping treat patients with sickle cell disease. Over 100,000 people in the United States have sickle cell, the majority of whom are of African descent.

While all blood donations can potentially help patients with sickle cell, a close blood type match is essential. These matches are often found in donors of the same race or similar ethnicity.

“I donate all the time,” Costa said. “I’ve been donating for years. I’ve got O positive blood; it’s well sought after. So, I try to donate whenever I can. I just enjoy giving back and making sure I can do my part in helping others.”

Donating blood is a regular part of life for many of the firefighters and police officers, like Costa. Police Corporal Bryan Ziegler has been donating for 20 years. He sees it as an extension of his service to the community.

“It’s a civic duty to try and help out where you can,” Ziegler said. “It’s just little things like that. There’s always a blood drive somewhere. There’s always an easy opportunity to do it, so why not?”

The police department may have come out on top in the day’s competition, but the real winners are the patients that will receive the blood products collected from the drive. It wouldn’t be possible without the generosity of donors who opened their hearts and took a few minutes out of their day to give.

“This is another way that the community can come help us save lives, even if you can’t be on the front lines actually doing what fire and police officers do,” Southard said. “You can still make a difference by showing up and donating. That’s why we partner with the Red Cross, and it’s been a phenomenal partnership that we’ve had and one we hope to continue in the future.”