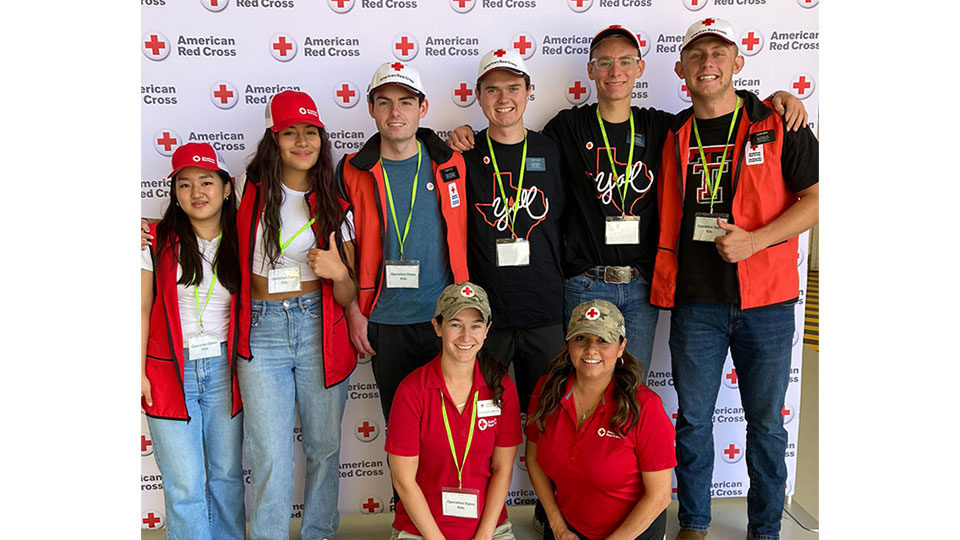 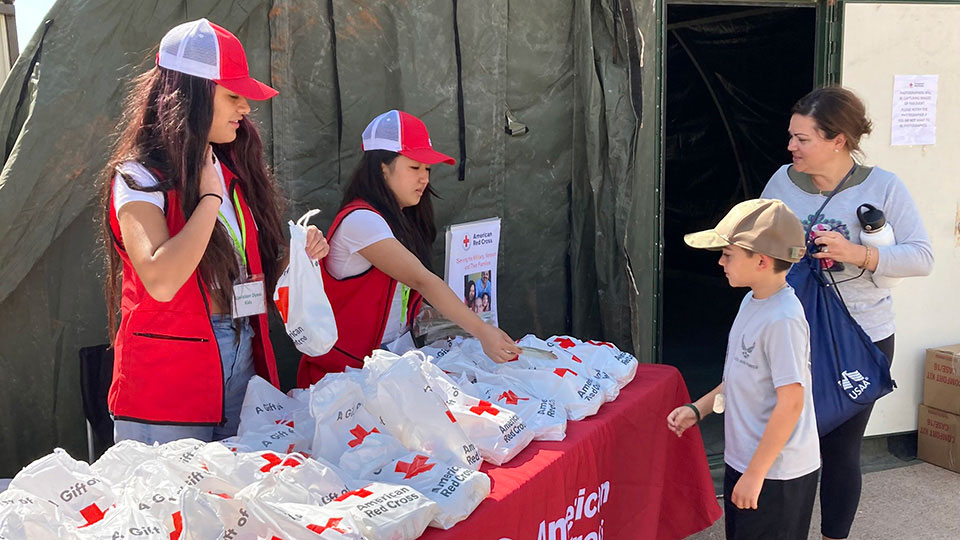 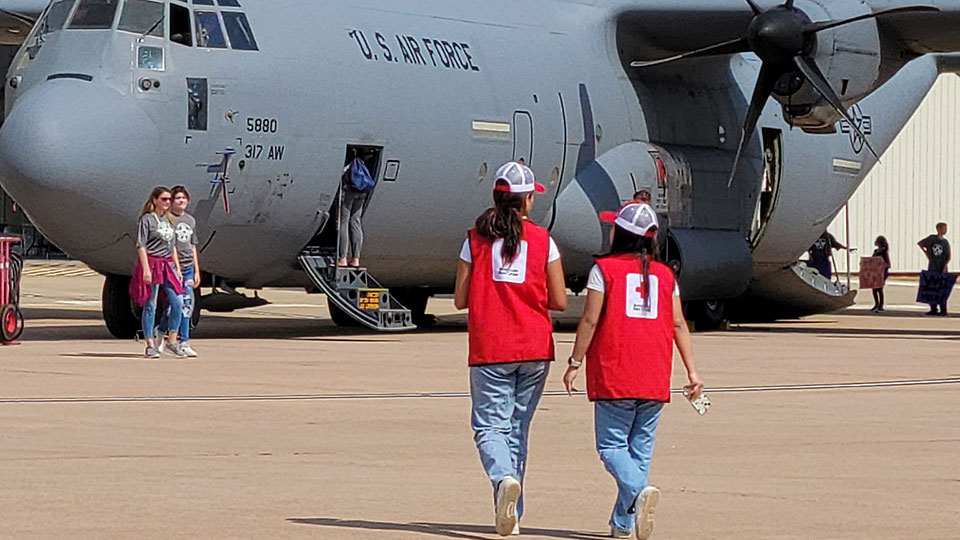 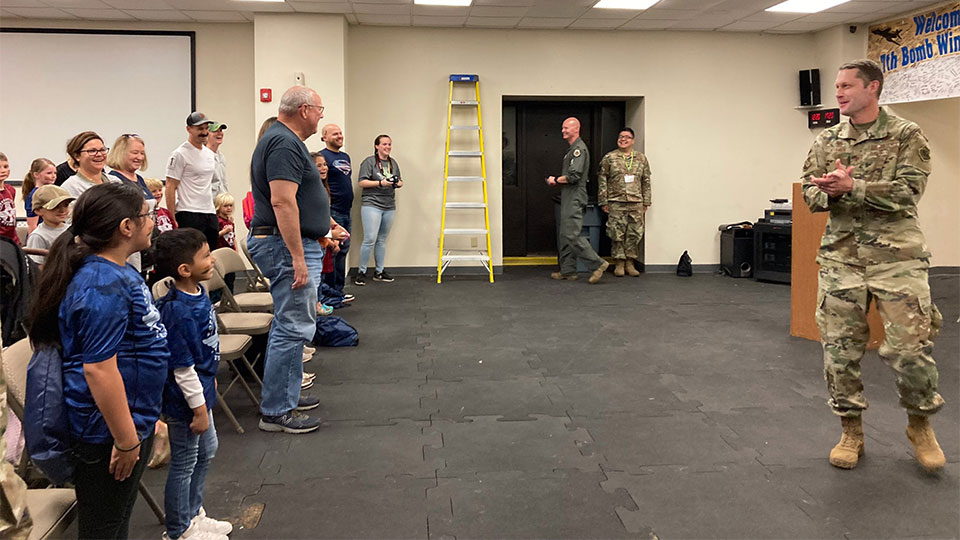 “Attention!” Everyone in the assembly hall leaped to their feet as a group of colonels in sage green flight suits entered. Only this wasn’t a usual military briefing on a cool October day at Dyess Air Force Base in Abilene, Texas. Instead, base commanders welcomed children ages 4-12 to Operation Dyess Kids for deployment to Adventureland.

The event offered the opportunity for kids to experience what their grownups go through to prepare and deploy to regions around the world.

As Colonel Joseph Kramer, the 7th Bomb Wing Commander, and Colonel Thomas Lankford, the 317th Airlift Wing Commander, shared the day’s mission brief, they explained what the kids could expect on their deployment. Several children in attendance currently have parents deployed. The kids listened attentively, excited for the day, their cheeks painted with war paint for extra bravery.

Colonel Kramer shared their team mission was to 1) Follow their leader, 2) Ask lots of questions, 3) Have fun! He thanked the children for being “good kids and strong for their parents.”

Over 250 children and their families ‘in-processed’ for pre-deployment training by visiting military support organizations to learn about resources like American Red Cross emergency communications and resiliency trainings. Upon acknowledging and accepting their mission, the children received their dog tags and special deployment bags to carry their supplies.

After their mission brief, the children visited base agencies like the Military and Family Readiness Center, and legal and finance offices just as their grownups do to get their important documents in order before deployment. Then they learned how to prepare physically and mentally by checking in with medical, dental, and base chapel services. The American Red Cross was there to provide mock ‘vaccine’ pens and hygiene comfort kits with a few daily necessities, like a toothbrush and paste.

“It’s helpful for the kids,” said Marine Corps First Sargent Manuel Rios, whose team set up a physical fitness obstacle course. Ronald Vasquez, Gunnery Sargent, agreed. “It’s not just, ‘dad’s gone. Oh, dad’s home again.’ They really get to understand some of what we go through.”

Ready for departure, the children journeyed through a big tunnel-like tent to arrive in Adventureland where several stations featuring unique elements of deployment were set up between airplane hangars.

An Explosive Ordinance Removal squad, complete with a bomb-removal robot, had safety gear for the children to try on, multiple Security Forces vehicles from trucks to off-road vehicles showed how troops move around, and a fire truck displayed fire safety and response. The kids also got to interact with a medical Humvee, a B-1 bomber, and C-130J aircraft static display.

“This event is so educational for the kids. They hear the word ‘deployment’ all the time but don’t actually know what it means,” said Ashley Rust, a military family member. “It helps them to cope when the time comes for their dad to go on a real deployment.” For the Rust family, it was a special experience, the children said they most enjoyed learning how the explosive ordinance robot safely removed bombs.

For Chris Ford, a newly arrived service member to Dyess AFB, the event was not just a great opportunity for the kids but enjoyed by the whole family. Ford’s father, who was also in attendance, had served in the 9th infantry division in Vietnam and “didn’t get a good welcome home.” It was “neat” for his kids to see the entire deployment process. But for his father, it was redeeming to see the base leadership place a strong emphasis on the importance of reintegrating successfully into one’s family. “The kids will now understand the work that goes into a deployment,” said Ford. “But they’ll also understand how important the return home is for families.”