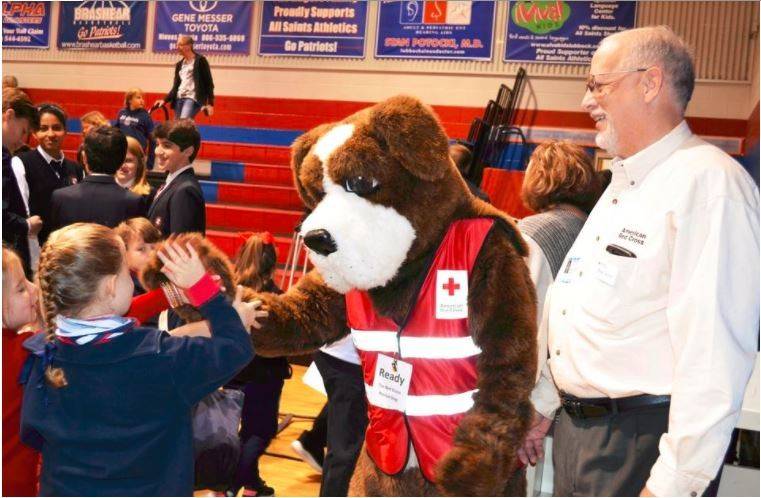 The South Plains Chapter of the American Red Cross received a $5,000 donation from All Saints Episcopal School and Happy State Bank Friday morning in a presentation at the school.

All Saints students had raised over $2,500 through a Halloween costume contest, which was matched by Happy State Bank to benefit the non-profit relief organization, according to school officials.

“We decided we’re going to take all the money that we earned from the middle school and lower school and our student council was going to match (the money earned),” said Bilal.

He said Happy State Bank contacted the school and said if the school got above $2,500, the bank would match the funds to make a $5,000 donation.

Bilal said his brother, Zaid Kharrat, a sixth grader at the school, came up with the idea for students to wear costumes. All Saints students raised over $2,500 through a Halloween costume contest, which was matched by Happy State Bank to benefit the American Red Cross.
Image courtesy of Lubbock Online